How to explain Carman?

He’s either someone you’re very familiar with or not at all. He is a perfectly passable singer, but he was far more interested in a sort of rhyming, spoken word, preach-rap that defies description. Whatever it was, it was hugely, deliriously popular among a certain demographic of Christianity—selling millions of albums back when people still did that sort of thing and setting a record for the most people to ever attend a Christian concert by a solo artist.

And yet, if Carman (last name: Licciardello) will be remembered for at least one thing, it is absolutely his music videos. They are insane. Sometimes they feature Carman as a MC Hammer-type dance machine. More often, he’s a stormy revolutionary bringing God’s violent judgment to a world on the fast track to hell.

But the videos were never better than when they took on an operatic grandness, depicting the forces of good (Carman) holding his own against a demon horde that looked like they’d been recruited during The Nightmare on Elm Street wrap party.

These videos aren’t the best CCM music videos of all time but they are easily the most CCM videos of all time and they demand to be ranked accordingly. If you know who Carman is, you’re probably already hooked. If you don’t, you’re about to be. Mark my word.

Not Carman’s most awesome moment, but a good introduction to what it is he does. Not quite a spoken word jam, but not quite a song — “A Witch’s Invitation” falls into some genre of music that belongs to Carman alone, and that is hardly the weirdest thing about this video.

In this story, we find Carman (our hero, always) being invited to a house that looks like Walgreens’ holiday aisle the day after Halloween, featuring an Ouija Board, a Dungeons and Dragons player’s guide and, most chillingly, herbal tea. This house is owned by the titular “witch,” who has everything except for red horns and a pointy tail.

These are Carman’s younger days, so we can excuse the fact that there is no bloodshed or violence—just a claymation demon dragging an old man to hell. But never fear. Things pick up significantly from here on out.

R.I.O.T. (Righteous Invasion of Truth) has not the Shakespearean scope of other videos on this list, but what it lacks in plot development it more than makes up for in sweaty dancers. This video finds Carman and his youthful compatriots enslaved in some sort of smoke-making factory. Carman escapes, explodes everyone else’s shackles, and then it’s time for a DANCE R.I.O.T that doubles as the first Occupy movement.

The second best thing about this video is that Carman and his fellow sweaty dance troupe overthrow The Man with the power of funk. The best thing is that it literally begins with Carman giving us Webster’s definition of a riot.

“Tyler! You’re putting ‘No Monsters’ down at number eight, despite the fact that it is the song you used to dance to in your bedroom when you were a little boy every single day?”

Yes. When I was a child, I thought as a child, I danced as a child. Now that I am grown, I see that this video really doesn’t pick up till the end, when Carman uses the Bible to chase a bunch of ’50s-era movie monsters (and one walking alligator?) back into the TV.

An airplane trip as a metaphor for salvation? It’s an intriguing premise, perhaps inspired by C.S. Lewis’ The Great Divorce but far more likely inspired by Carman saying “you know what’d be cool?”

In this case, Carman is the “first officer” of our plane to Heaven, while the pilot itself is a twinkling gas cloud, the identity of whom is left to viewers’ imaginations. As befits Carman’s anthropological view of the world, the passengers of this plane are either huge Carman fans or Satanists, the latter of whom is compelled to repent of his witchcraft by the power of sanctified dance.

OK, here’s an interesting concept for a music video. The live audio of Carman’s impersonation of a conversation between Satan and a demon minion is played over the footage of two actors in demon masks, mouthing the words, growing increasingly panicky at the idea of a Carman concert. These clips are interspersed with footage of an actual Carman concert, the righteous power of which seems to cause Hell to fell apart, culminating in the explosion of Satan’s chair? More music videos should end with Satan’s exploding chair.

This plot follows a poor man being brought before the divine judge’s bench, where Satan (the prosecutor) accuses him of being a sinner. God (the Judge) is almost convinced to send the guy to hell until Jesus (the defense attorney) steps in to remind the judge that sins are all forgiven.

God seems to find Satan’s argument very convincing, which calls some of the theology here into question, but that’s not what’s amazing about this video. What’s amazing about this video is that Carman CAST HIMSELF IN EVERY ROLE. He plays Satan the Prosecutor with a sparkly red blazer, billowing ascot and little goatee, Jesus the Defense Attorney in a lily-white suit, and God the Judge, who is incidental to the story. That is a lot of responsibility for one man in one music video, but full credit to Carman for committing to every single role.

(This is as good a time as any to address the elephant in the room: Does Carman actually talk like a Philly meat packer, or is it an affect? One of the great mysteries of the ’90s.)

The narrative here is a little loose, but this is Carman’s furthest foray into the complex web of the modern education system. He suggests the problem with American schools is that they stopped opening their days with prayer. Even if that’s true, Carman and Petra singing about it the school hallways between periods probably aren’t helping.

This is not Carman’s most music video, but it is the quintessential Carman music video. Although he exercises a lot of moderation in how many roles he casts himself in (two), they are the most important roles in the entire movie.

You know, no one would blame you for just assuming Carman had written the treatment for “Great God” on a napkin the minute the Braveheart credits started rolling, but this music video actually PRE-DATES Braveheart by two years! Was Mel Gibson, in fact, inspired to make Braveheart because of Carman’s “Great God?”

Where to begin with this one? Carman’s identity: “Agent 3:16.” His “Q” character: Gets weak in knees when Agent 3:16 jokes about getting married. His enemy: Josef Armin, “a very dangerous man,” with a dastardly plan to bum everyone out.

Nobody besides Carman seems very into what’s going on, so it’s a good thing Carman is very into it. Who among us wouldn’t like to star in our own James Bond short film? Some of us dream about it. Carman went out there and did it. That makes it one of the great Carman videos of all time. It’s almost as good as …

This will be no surprise to anyone with any familiarity with Carman’s body of work, but man, it’s all here. Carman’s rap/talk hybrid. The Nightmare on Elm Street masks. The swift musical justice, here represented by an actual gun. Carman’s enemies, here represented by demons explicitly identified as various vices like alcoholism and, uh, infirmity. The fact that Cowboy Carman actually shoots Satan to death outside an old time-y saloon. It could not be more most.

Carman is 63 now and recently survived what was evidently a serious cancer scare, so let’s hope he’s around to give us another music video or two before he hangs up the sword/six-shooter/boxing gloves/what have you. The forces of hell remain forever in need of a butt-kicking, and who among us does it with more style than Carman? 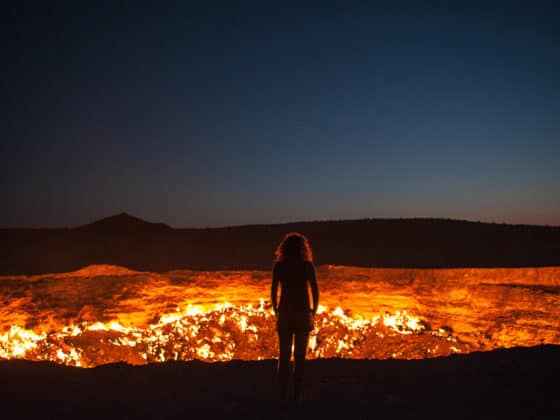 What Is ‘Hell Anxiety’ and Who’s Most Likely to Have It? 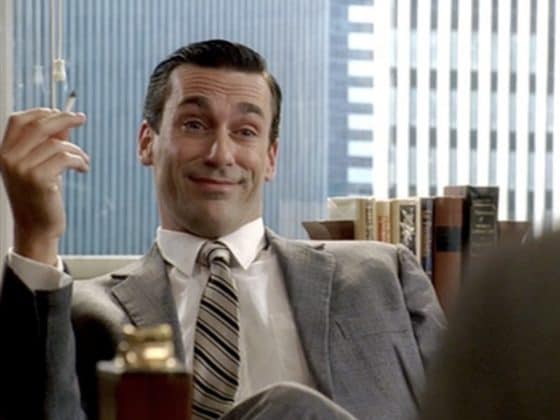 Hawaii Might Raise the Smoking Age to 100 Years Old