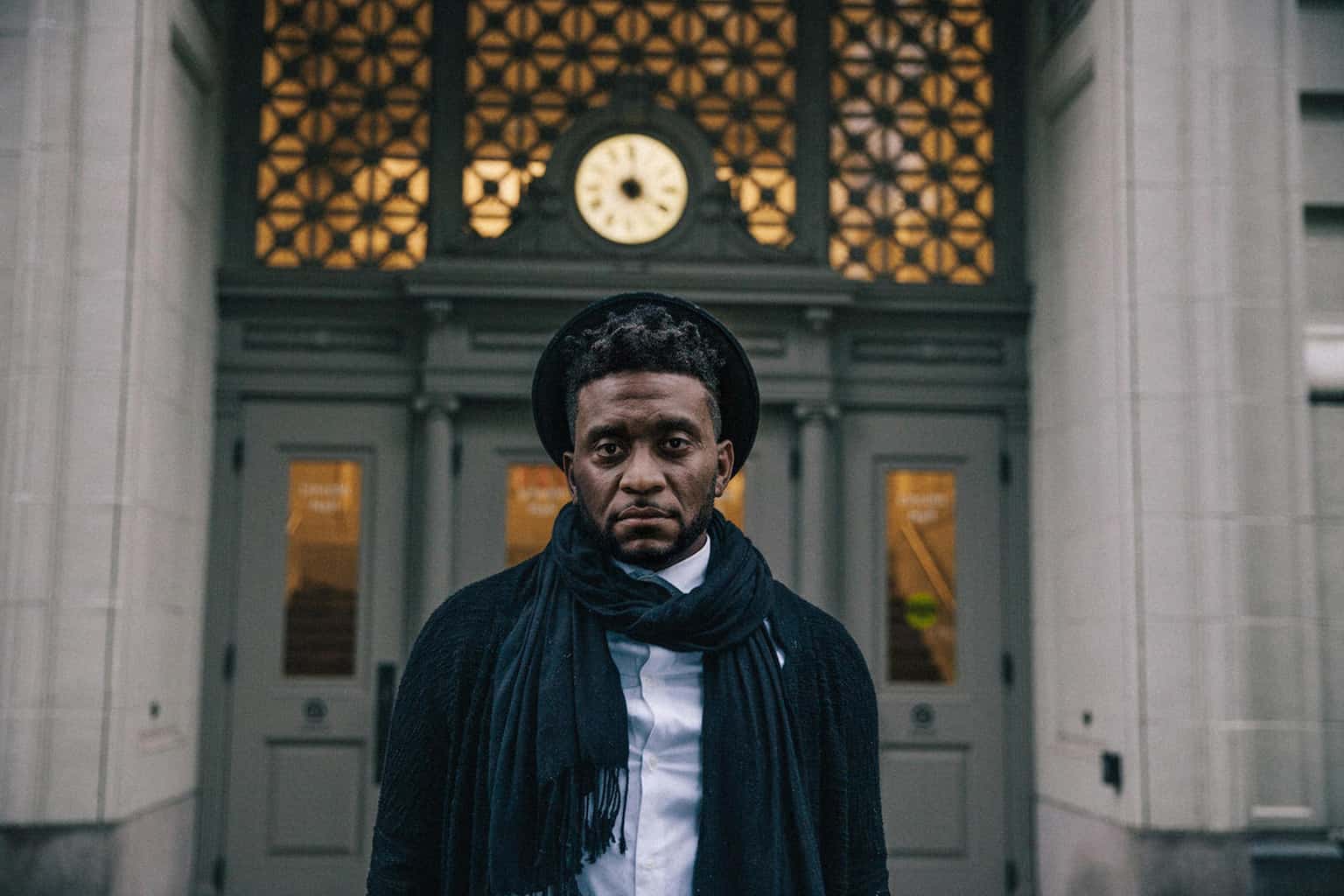 In 2013, Sho Baraka veered away from the Christian hip-hop (“CHH”) playbook and dropped Talented 10th, an album that broke new ground for a faith-based rapper by challenging systemic racism and other social issues head-on. From that point forward, the rest of CHH spat lines they’d previously held back.

But courage often comes with a price. Two years later, Baraka released The Narrative, and despite a product description stating the music was “saturated in a gospel worldview,” Christian bookstore chain LifeWay stopped carrying it in stores. Customers complained the album pushed the envelope too far, and the controversy made national news.

This month, Baraka narrows his focus from the social to the personal on So Many Feelings, a joint effort with up-and-coming R&B vocalist Vanessa Hill. So Many Feelings once again goes where no one in CHH has dared tread before. It’s a journey through modern marriage and relationships, touching candidly (but not explicitly) on the happiness, tension, sex and conflict that every couple deals with. We sat down with Baraka and Hill to discuss their latest sonic innovation.

RELEVANT: There’s never been a hip-hop project that even closely resembles So Many Feelings. Where did the idea come from?

Sho Baraka: The project was originally a joke post by my wife and I. We put up some pictures of us in hip-hop poses and I posted that my wife and I were going to drop this album. I had a tracklist of songs related to marital issues, too. And people just ate it up. People thought I was serious. And I was like, wow, this is pretty interesting.

So I just said, ‘Hey, if I wanted to do this album, who could I actually do it with?’ Vanessa and I had done some shows together—she was on The Narrative—and I loved what she did with that. Funny thing is I thought she was married …

Vanessa Hill: And I am not married. But that was funny.

Baraka: Come to find out about halfway working through the project she wasn’t married.

Hill: We were just writing, there wasn’t any time for personal questions.

Baraka: She had been dating this guy for 20 years, and he kept showing up with her everywhere. When we did shows together, they were together the whole time. They argued and communicated like they were married, so I just thought they were married.

Hill: You know, we’re heading down the path.

RELEVANT: When you made the fake tracklist, how many of those actually became real songs?

RELEVANT: Sho, your wife is speaking on the record, on the interlude tracks. How much of the record is what your life looks like and how much was hidden behind the veil of art? Is this supposed to be taken as an autobiography or as a metaphor?

Baraka: I think the beautiful thing about art is we have the creative license to blur the lines of reality and fiction. We are creating fictional characters while drawing from personal experience. Everything I communicate on this album is either something I’ve experienced, something I’m going through right now or something I’ve had a conversation about with a friend. So these are not things I’m making up. That’s the reason I think people are able to connect with this, how authentic and real it is.

Hip-hop has a long tradition of creating interludes for people to connect the stories. I thought it would be like counseling in helpful moments because something can get lost in the communication of art. If we could create a dialogue artistically, I thought it would be good to include the biographical piece.

Baraka: That’s brilliant. Because really, the idea of marriage is just an intensified relationship. It’s not just a marriage album, it’s a relationship album. This is why I brought Vanessa on; she is a genius.

RELEVANT: Hip-hop has long had issues with creating false narratives to bolster an image of artists that don’t hold up in real life. Last year, rapper Bow Wow Instagrammed a private jet, and then was busted on social media for flying commercial the same day. Countless rap songs portray happiness in promiscuity, while many artists have been married for years. Did you set out to break down those false claims?

Hill: I don’t think we set out to break down any hip-hop barriers. But I think because the theme is so potent, it’s going to break barriers inside of hip-hop.

Baraka: Many years ago I made an agreement with myself to always make music I would want to hear. I’m 38 years old. I don’t turn up in the club. I have grown-folk issues. You hardly hear rappers talk about their children or the joys of marriage. You have some artists who have tried, but by the time they talk about that stuff they’re often irrelevant.

The tension is that you have to believe in your content, and you’ve got to believe in the people purchasing your music. People will listen to music as long as it’s dope. The problem is when artists talk about marriage or their kids, it’s usually not dope. It doesn’t make me want to enjoy myself. It makes me want to cry or just sounds dated.

The other issue is: I don’t want to be the dude sitting around complaining about music and not trying to change it.

RELEVANT: The album is being billed by Christian outlets as “for mature believers only,” but it’s not explicit. Sho, this is your third straight record surrounded by some controversy. At this point, do you just expect it?

Baraka: I used to really care about what people thought and what people called “controversial.” Now, I just don’t. Especially in the age when music doesn’t need to go through brick and mortar distribution. If Christian outlets cast judgment on the music and refuse to carry it, I don’t know if I’m reaching their audience anyway. I’d rather be 100 percent authentic and create the content that’s most helpful to the audience I’m reaching, then allow people to cast judgements accordingly.

RELEVANT: One Christian outlet labeled the album as “meant for married, mature couples.”

Baraka: No it’s not!

Baraka: The problem is we sanitize everything, and when people come into real life issues, we don’t know how to deal with it. People have real-life issues around sex. When we don’t talk about it openly and explicitly, that’s when you have issues with sexuality and people being confused. That’s when you have children getting information from popular culture rather than from their pastors, parents and spiritual leaders.

Most marriages have problems because of money and sex. When you don’t talk about these things in an adult way, marriages fall apart.

How God Teaches Us to Pursue Justice