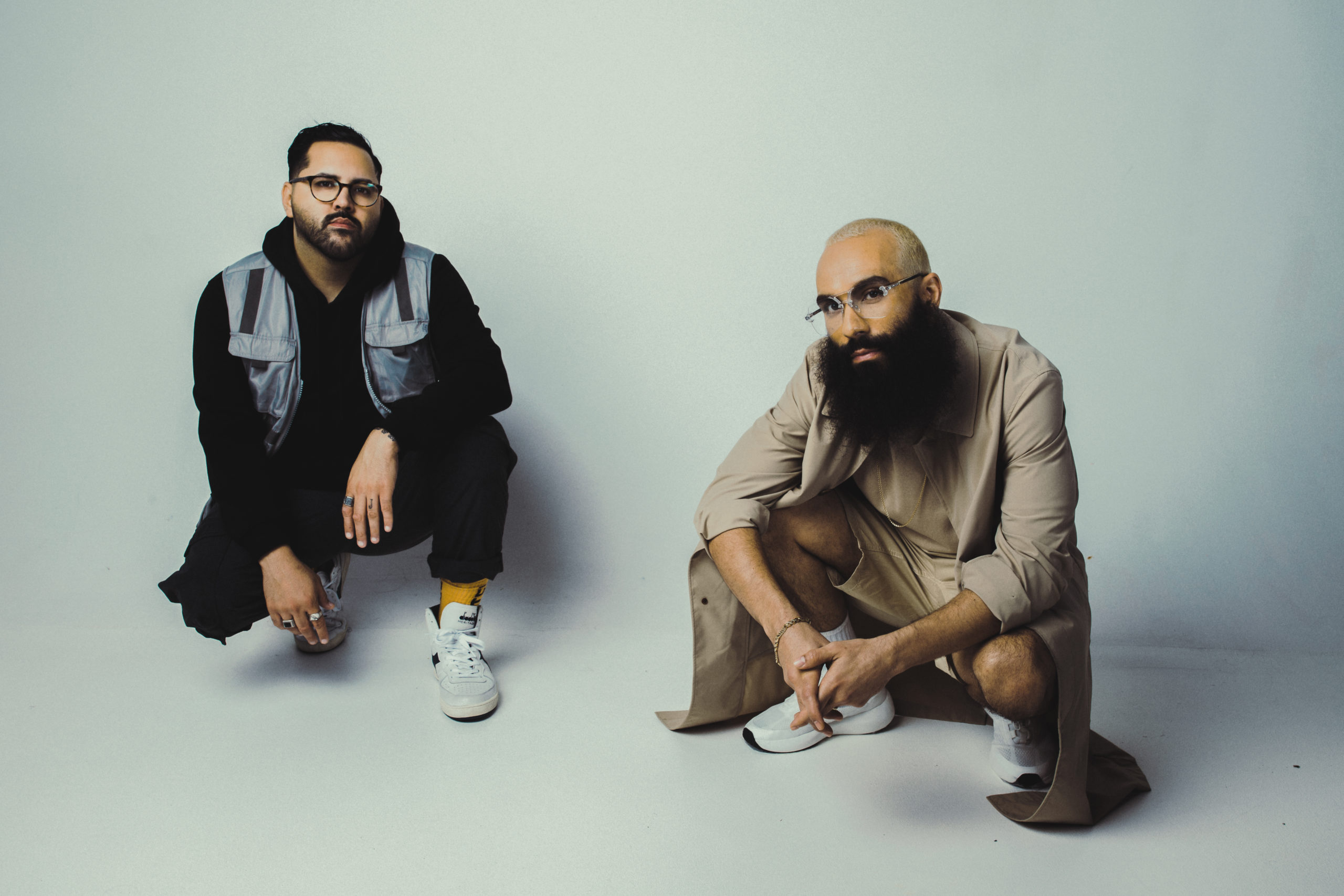 As one half of the Social Club Misfits, Miranda — better known to fans as Fern — knows it’s been a tough year. How could he not? He and his partner in art, Marty Mar, dropped an album in the middle of a global pandemic that came on the heels of the country’s largest racial reckoning and just ahead of one of its most pivotal elections. It hasn’t been easy, but Fern’s made the most of it, making some major life changes to his life while on lockdown, moving to a plant-based diet with his wife. He’s literally feeling good. When he calls from his home in Florida, he’s eating homemade butternut squash fritters. “It’s been a real lifestyle change,” he says.

“I’m doing way more in the kitchen than I’ve ever really done, for real,” he says. “I enjoy it now. I literally look forward to it.”

He doesn’t cheat — refusing to waffle even after he caught his wife sneaking bites of their son’s pizza — because with him, it’s all or nothing. “It’s consistency, you know what I’m saying? Real consistency,” he says. “If you really want it and you know the outcome you’re trying to achieve, you have to be consistent.”

In conversation, Fern is thoughtful, a little quieter. Marty is driven and analytical. You can hear the distinctions on their music, where Fern and Marty’s back and forth is a study in dueling flows, charting a path through some wild sonic experiences. In their latest and most personal album yet, Feared By Hell, Social Club Misfits show how consistency pays off in excellence.

“Let me start at the beginning,” Marty says.

He goes back to the early days of Social Club Misfits, describing the complications of being young artists trying to keep their label happy. “I think in pleasing the label and trying pleasing everyone else, we weren’t pleasing who we wanted to,” he says. “Ourselves.”

It was a tough season, in which Fern and Marty were “subject to whatever they send you.” It was tough for them as partners, to find tracks they could agree on. Marty remembers a review of an early album that described them as “good, but they sound just like everybody else.” That bothered him. Not just because he felt like the music was better than that, but because “I always thought me and Fern, what separates us is the fact that we have our own personalities.”

So Marty started producing music, getting the hang of it on a few of his own solo projects, like Marty for President. He developed his own taste that would free them from restrictions like depending on other people for the music they make. His work paid off. He produced 80 percent of Feared By Hell. They’re proud of it. It’s a step forward.

“We had to grow out of performing in a youth group,” Marty says. “We had to elevate the music so that people would be like, ‘Oh. The content might be different, but the sound of excellence hasn’t changed.’”

“It’s very authentic music. It’s very mature,” he continues. “As much as we love doing shows at youth groups and conferences, this is not that album.”

Social Club Misfits are Christians, and Feared By Hell is very much a Christian hip-hop album. But having done their time on the Christian conference circuit, Marty and Fern are ready to explore woolier waters.

“There’s so many artists that saw that paycheck and was like, ‘Let me just keep doing that,’ Marty says. “And for me, I’m sick of doing the music that’s like, ‘One, two, three, jump!’”

So, Feared By Hell. The name itself sounds a little aggressive for the youth group field trip set, but to Fern and Marty’s thinking, it’s a positive idea.

Marty breaks down into a sheepish chuckle here. “I know that sounds very broad and very youth-groupy. Steven Furtick would say that,” he says. “But I really believe that. I believe that it’s our time to be more aggressive in the Kingdom of God.”

Being an offensive Christian can look like a lot of things, the Social Club guys stress.  In fact, going on the offensive might just mean finding a new way to be sensitive.

“We have to share in the hurt of other people who aren’t dealing with what we’re dealing with,” Marty says. “So if someone else is hurting in a different part of the world, I believe we have to be like, ‘Let me understand what they’re going through.’ Let me give people grace and change that attitude where you’re just like, ‘Well, it’s not here. I don’t have to worry about it.'”

So maybe for Marty and Fern, being an aggressive Christian means being an intentional Christian — finding ways to act instead of just react. It’s something they’ve both felt watching the American Church on lockdown during the COVID-19 pandemic.

“Being an aggressive Christian means getting ahead of the conversation,” Marty say. “I believe that the Church’s opportunity is slipping out of our hands. It’s time for the Church to bring the message of hope. And I feel like during quarantine, the Church in general, has dropped the ball really bad.”

He’s speaking personally here, speaking of needing a place to turn to for hope during his lockdown summer and finding churches more interested in the situation in Washington D.C. than they were with helping people in their own neighborhoods.

Marty looks visibly pained as he says this. It doesn’t sound like a soapbox. It sounds like a person who wants good things for a community he really cares about it, even though he’s clearly been burned by it in the past.

“The whole idea of Christianity has become very…” he stops, struggling for words. “It feels like it’s becoming lazy. It’s time. God’s shaking up the world right now. I think it’s our time to step up as the Kingdom of God. The world is in turmoil. People need hope more than ever. After 9/11, everyone went to church. What’s going to happen when quarantine opens up? Will people still be going back to church?”

He leaves the question hanging.

So, yes, Feared By Hell is aggressive, but not antagonistic. That’s them on the cover, looking beat up but not particularly bothered by it. There’s a lot of fun to be had on tracks like, say, “Conmigo,” an irresistible anthem that draws its influence from Fern’s Puerto Rican heritage.

“I feel like we’ve been able to take the Latin songs, bring them over, and put them on a plate where people can palate them without compromising,” Fern says. “I’m going to tell you what, it worked. It worked.” He’s right. It does.

But there’s also songs like “Savior,” a moody slowburn that builds from eerie acoustic fingerpicking to an enormously affecting chorus that sounds like a giant robot marching across a dystopian wasteland. Social Club Misfits didn’t come to play. And through it all, their messages to the church come through loud and clear.

The Spiritual Renaissance of Matthew McConaughey

At Memorial Service, Takeoff Remembered by His Pastor as One Who ‘Loved Coming to Worship’