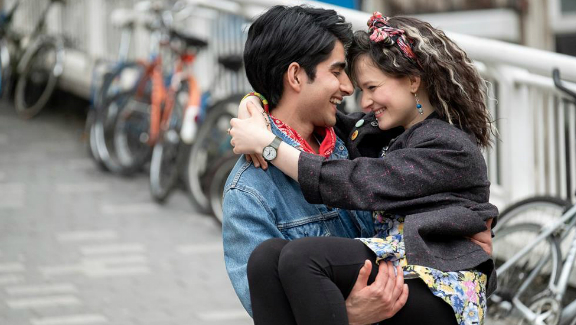 Music biopics are getting pretty predictable. The formula often looks like this: Pick a random iconic performer, chart their unlikely rise, show their struggle with the trials of fame and, finally, the redemption of their sterling legacy. Find an Oscar-hungry actor to cast in the lead and, boom, you’ve got yourself a box office smash.

Bruce Springsteen’s story lends itself to this staid format as well as any American musician, which makes it all the more notable that he’s resisted it. Instead of a straightforward Bruce movie, we have the charming-looking Blinded By the Light, which functions more as a tribute to the Boss than an actual depiction of his life.

Javed is a Pakistani teen living in Britain who feels like a loser and, as so many losers before him, finds a friend in songs like “Born to Run”, “The River” and “Backstreets”. His obsession with Springsteen ultimately leads him to a better sense of his own self.

Blinded by the Light is helmed by Bend It Like Beckham’s Gurinder Chadha. The movie delighted the festival circuit, so there’s reason to be excited for this one, either if you’re someone who loves Bruce Springsteen or you’re one of the deluded fools who don’t. The movie releases in theaters August 31.