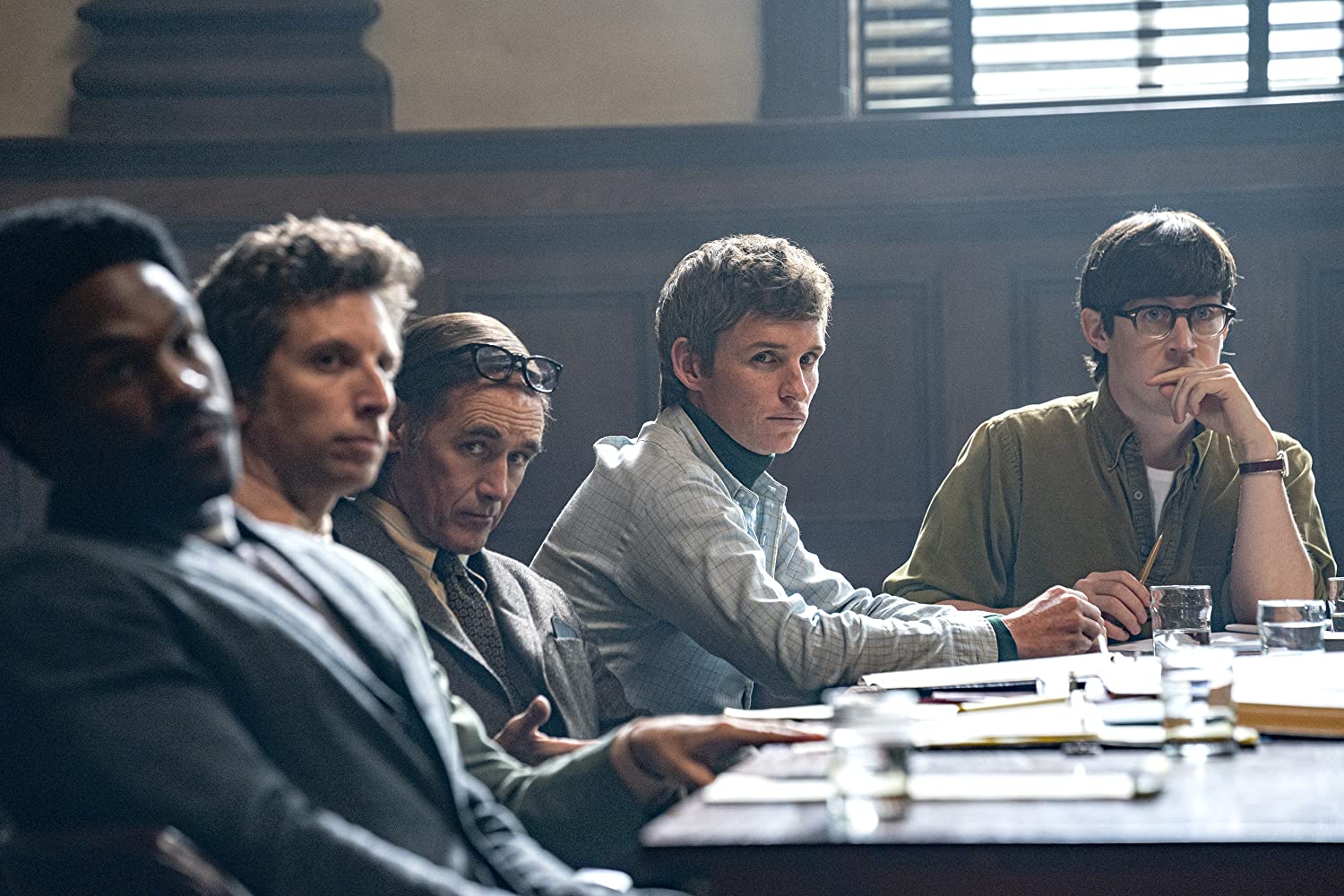 Just a few days after the teaser, we’ve got our first real look at Aaron Sorkin’s return to the director’s chair for The Trial of the Chicago 7, a historical drama that sure looks eerily prescient given current events. The story follows the story of the eight men who were arrested while protesting outside the 1968 Democratic Convention in Chicago. Led by famed anti-war activist and counter-cultural icon Abbie Hoffman, the men were charged with the intent to start a riot, although a later commission would determine that the police had instigated the violence.

Legal drama. Historical importance. Plenty of opportunities for grand speeches about politics. The whole thing feels tailor made for Sorkin’s filmmaking sensibilities, so it’s a good thing he’s got a cast who can pull off his unique scriptwriting flare. Sacha Baron Cohen will star as Hoffman, with players like Eddie Redmayne, Jeremy Strong, Alex Sharp and Yahya Abdul-Mateen II filling out the rest of the defendants. Joseph Gordon-Levitt, Mark Rylance, Michael Keaton and Thomas Middleditch are along for the ride too. So, yeah, it’s a bit of a boy’s club even by Sorkin’s standards.

The film opened to lots of positive buzz and will get a limited release this week (just enough to qualify it for Oscar contention) before heading to Netflix on October 16.