Back in 2005, indie music fans dared to believe that Sufjan Stevens’ plan to record a concept album for all 50 states might be realized. Sure, 50 is a lot of states, but the guy had already delivered on Michigan and Illinois, so what was 48 more? A lot, actually, as Stevens soon revealed the whole “50 State Project” was more or less a joke that took on a life of its own. But it’s still hard not to wonder what Stevens’ album for your state might have sounded like.

You may not have that, but you can have the next best thing. L.A.-based writer and comedian Joey Clift is putting his quarantine time to good use, crowdsourcing efforts from local musicians all over the United States to finish what Stevens started and get a concept album together for every state. Last Friday he released the first 26 (twenty-six!) albums of the project and you can check them all out on Soundcloud.

In keeping with the spirit of the project, most of the songs have Stevens’ homespun folk vibe (and plenty mimic his affinity for unwieldy song titles). Kansas, Minnesota, Florida, California, Oregon and others got their long-overdue tributes in the first drop, and Clift says he hopes to get all 50 out sometime in May, including EPs for Washington D.C. and Puerto Rico and, according to an email, a double album for Rhode Island (“I think it’s very funny for the smallest state to have the longest album,” he writes).

We at RELEVANT haven’t had the time to listen to all these songs yet, but our initial impressions over here are pretty good!

In a statement provided to the AV Club, Clift says he’s not even that big of a Sufjan fan — he just liked the idea of finishing the project.“About five years ago, I came up with the idea to just get a bunch of friends together and finish his 50 States Project in a weekend or some other extremely short span of time to dunk on him and give the internet the catharsis it’d wanted for almost a decade.”

“All of my comedy and artist friends are now unemployed,” he wrote. “Theaters are closed so there aren’t any live shows. All of these creative people are stuck inside with nothing to do so now was the perfect time to pull the trigger.”

Clift says getting the project going was as simple as putting out a call on the internet for local musicians all over the country to submit their own homespun state tributes, and since then he’s spent his free time (of which he, like many of us, has a lot of right now) approving contributions and keeping track of everything on a spreadsheet.

Check out all the albums on Soundcloud and stay tuned for the second drop. 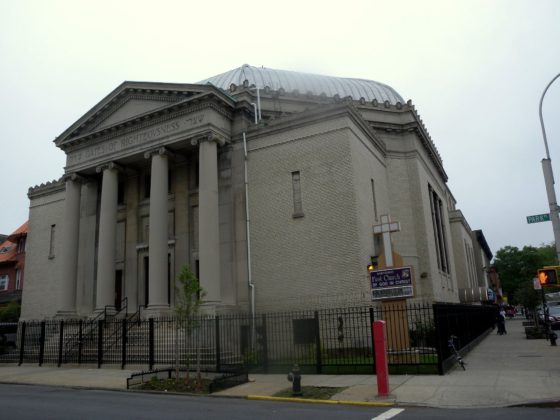