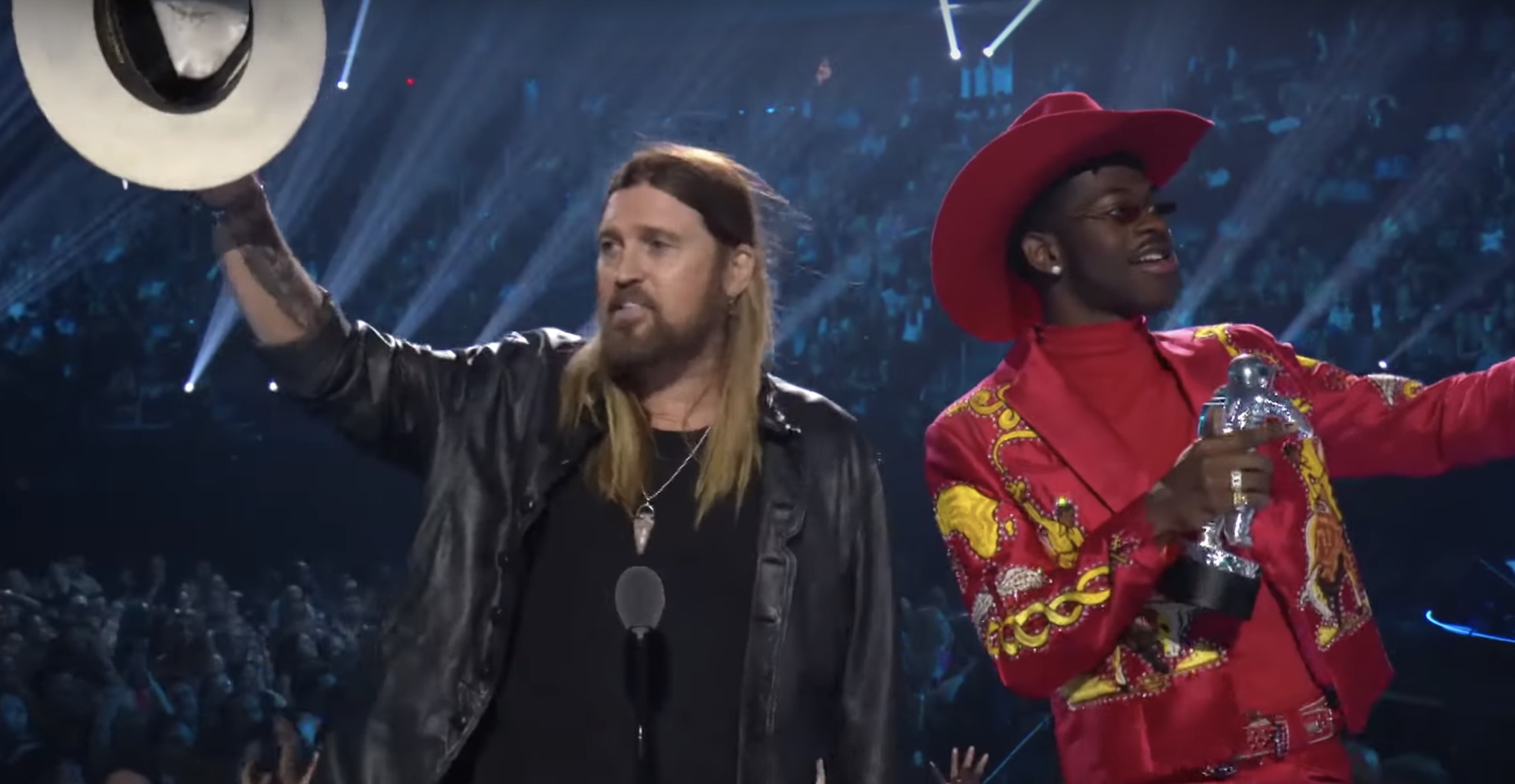 MTV’s VMA Awards took place on Tuesday night, and everyone sort of did whatever they usually do at the VMAs. Lizzo, Taylor Swift, Normani, Shawn Mendes and even Missy Elliot gave their all to a dinosaur of a network that, despite its age and the endless jokes about how they “don’t even play music anymore”, can still churn out some memorable television here and there. But one particularly sweet moment came from the least surprising event of the evening: Lil Nas X and Billy Ray Cyrus taking home the award for Song of the Year.

We’ve written plenty about “Old Town Road” here at RELEVANT, but even we never thought to give thanks to God for the undisputed song of the summer. Fortunately, Cyrus did – and he name-dropped Johnny Cash as the guy who taught him to thank “Almighty God for this moment.”

Of course, this is to say nothing of the excellent Lil Nas X visual gag with the speech. Speaking of, Lil Nas X opened the evening with a pretty terrific performance of “Panini”, suggesting his newfound fame may be more than just a flash in the pan.