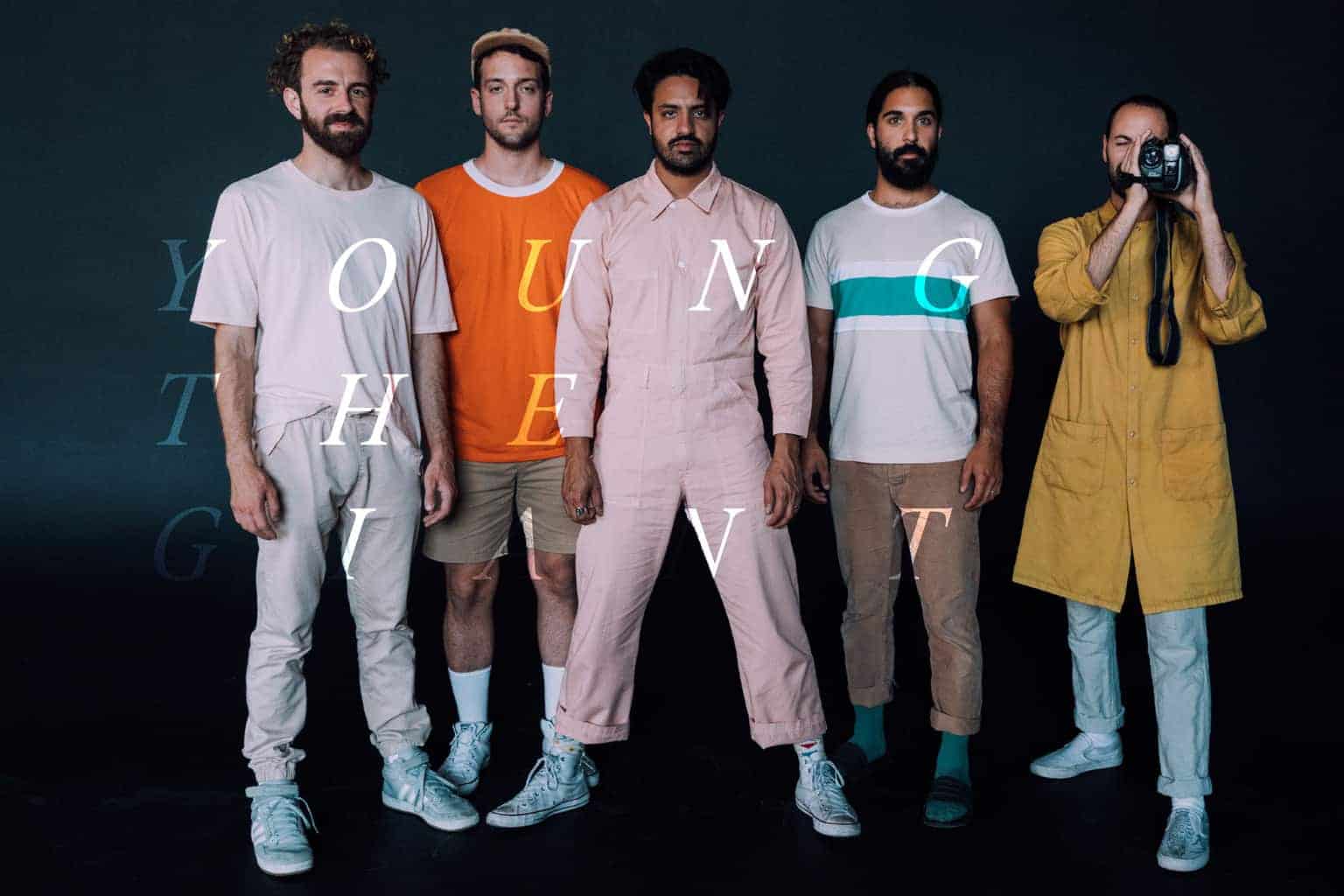 Our bodies don’t work the same way,” Sameer Gadhia says, laughing at his own joke. He’s talking about touring with his band, Young the Giant, who’ve developed one of the most enthusiastic followings in indie-rock over the course of nearly a decade of making some of the most addictive music in the game. They did it the old- fashioned way: great songs and a killer live performance, and Gadhia says it’s taking a toll as they are getting older.

“We get used to living at home and stuff, or trying to have an adult life, and it does become harder to be on the road,” he admits. “But then, at a certain point, it doesn’t really matter. We play the show at the end of the night, and then it all resets again. And then you do the same thing the next day. Playing the show always makes it worth it.”

It’s worth pointing out that Gadhia is only 29. There’s no sign of any sort of world weariness
or veteran saltiness in his tone, despite any occasional post-concert soreness or fatigue.

His band’s latest release, Mirror Master, is self-assured but far from grim. This isn’t exactly Tom Waits we’re talking about.

But Gadhia is an honest guy, and his band is honest, too. It’s a word that gets thrown around a lot in music: honesty. But for all its popularity, it remains a little nebulous. Just how can music be honest? What’s the difference between art that’s honest and art that isn’t?

Young the Giant have spent their career trying to navigate that question, and while it may have aged them a little prematurely, it’s made for some awfully fascinating music along the way.

Young the Giant formed in Irvine, California. After noodling around on guitars in various garages for several years and toying with different lineups and one name change (they started out as “The Jakes”), the band caught some traction with songs popping up on LA. radio and The Real World. But things really broke through at South by Southwest, where Gadhia started turning heads well outside of their California hometown, landing coveted opening gigs for Minus the Bear and Steel Train.

After that came the first album, the accolades, the late-night spots, landing gigs like a performance on MTV: Unplugged and singles on the Billboard Hot 100. But to hear Gadhia tell it, it’s also where the real struggle begins.

More than anything, we just wanted to share ourselves through the music.

How do you find what makes you authentic when your entire career is pushing you toward bigger, flashier performances? “Having that honesty became our driving factor,” Gadhia says. “More than anything, we just wanted to share ourselves through the music, to try and get other people to share with each other about who they are, what they are, and have control of that image that they put out into the world. That, and trying to write really good songs.”

On their latest album, Young the Giant made sure to deliver on the latter: The record feels burdened with real purpose.

Mirror Master is the work of a band that is keenly aware of the complexities of the current moment and is determined to say something coherent, despite the fact that so much in culture around us is not. “Even with Home of the Strange,” Gadhia says, referencing the band’s 2016 effort which focused on Gadhia’s personal identity as the child of immigrants, “that was a record that we did before Trump was even in office—before we really started seeing the follies of what was going on in America. In the wake of all of that, there is this obvious notion of trying to describe the experience and that can be difficult to do in a unique way.”

This is the point Gadhia sticks on. You’ve got to be honest before what you say can be truly valuable. You have to say something that provides a clearer perspective for you having said it because nobody else could have said it just that way.

“More than anything, it was kind of that honesty that led us home,” Gadhia says. “The band said if we were going to say something, and it came from what we were really feeling, then it would be a unique message. It would be a holistic message that could be applied to the self.”

Their Aim Is True

For musicians, honesty is often reduced to a matter of lyrics. Is what you’re saying true, or is it not true? But Young the Giant’s quest takes the band deeper than just the words on a page, all the way to the actual sounds. It’s not enough to just speak the truth. It has to feel true too.

“It can be easy to get caught up in what’s popular, what’s being played on the radio, but I think for this record it was like, ‘We want to sound like Young the Giant,’” he says. “And I think Young the Giant is discovery. It is just like gravitating toward things. Writing music in an inspirational way, like, just trying to pick up random things around—not consciously, just absentmindedly. Kind of seeing what happens with it.”

As an example, Gadhia recounts the story of recording “Superposition,” the first single off Mirror Master. You can hear a charango—a stringed instrument popular in South America—on the track. It’s a savvy production decision, adding just a slightly unique lilt to the song’s building, anthemic vibe. But in Gadhia’s recounting, it wasn’t a production decision at all.

“We actually wrote that song in a matter of like, 15 minutes, or 30 minutes,” Gadhia says. “And
it was just a little charango that [guitarist Eric Cannata’s] brother- in-law had given him when he was traveling in South America. We were like, ‘Let’s just plug that in and see what happens.’ It brought in this whole other aesthetic.”

It was a decision to take something that felt real, that felt honest, and bring it into their art.

“It did feel natural,” he says. “We’re going to incorporate these instruments because this is what we’re listening to.”

This might sound like winging it and, in many ways, it is. But Young the Giant is a band that considers “winging it” part of what they do.

It feels more natural to them to follow their gut instincts than to overthink their direction. And they believe it makes for music that feels more authentic.

“For better or for worse, I think that that’s been a great thing for us,” he says. “This whole record
is about that idea of this image. This feeling that you have to be something you’re not, or be perceived in a way that is not authentically you.”

But Young the Giant wants to be about something better than that. They want you to be you. At the end of the day, that is every person’s responsibility, and that’s every person’s right, and the band’s popularity is proof to Gadhia that their way is working.

“It’s very exciting because it affirms our beliefs in a philosophy that people are in search of something honest and true,” he says. “[It’s] not necessarily what’s been listened to, but what they want to listen to in the future.”

“It’s amazing, because I think, especially in this day and age a lot of people tend to think that people should cater to the lowest common denominator,” Gadhia says. “We don’t think that.”

This is another one of the perils of honesty. You can be misunderstood, misconstrued and maybe even see what you say manipulated into a message you never intended. That’s a real risk, but it’s another part of what makes Young the Giant work as an exercise in honesty: It’s a risk they’re willing to take.

“We obviously put trust in our fans,” Gadhia says. “We know that they understand nuance. They understand making a message that isn’t just a party atmosphere. It’s been what our fan base is about: trying to search for something, just find some meaning from something. And I think that message has most definitely hit home.”

The Laws of Levi