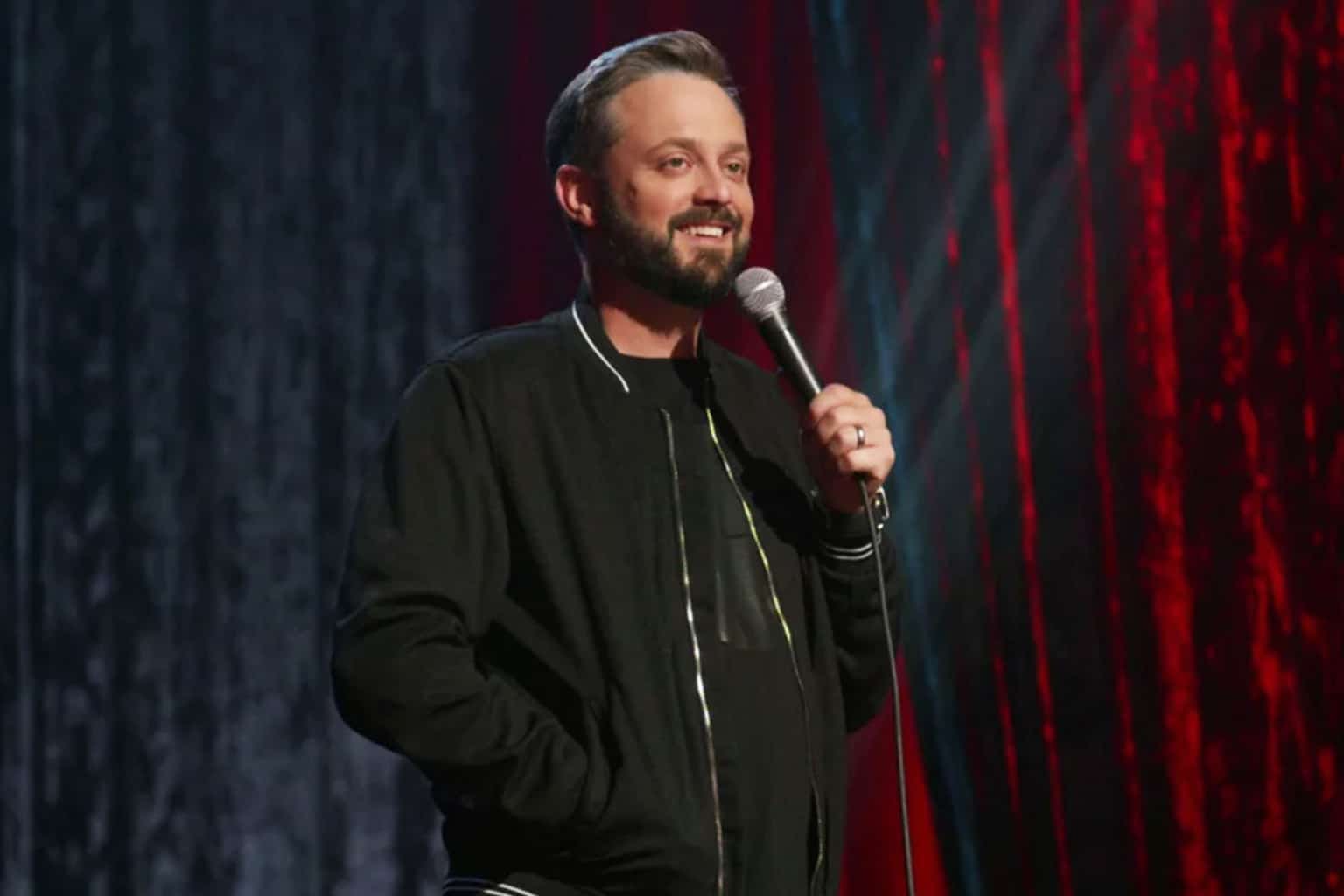 Nate Bargatze is blowing up.

He’s been a regular on late shows for years, and has been a touring comedian for more than a decade. And though he’s released two albums and a Comedy Central special, in 2017, Bargatze gained even more fans thanks to the Netflix series, The Standups. His half-hour set, which opens the show, is a highlight of the series, and led to the recently-released, hour-long special The Tennessee Kid.

In it, he muses about being husband, a son of a professional magician and what to do if you should ever encounter a dead horse.

We recently spoke with Nate about the special, his faith, getting his start with Pete Holmes and yes, failing a bowling class.

Did you feel a certain kind of pressure knowing that this special was going to be on Netflix and reach such a huge audience?

Yeah, you know the last one [the opening episode of The Standups], just being a half hour, just had such a great response, and I could tell that with these shows, everybody watched it.

I wanted this special that just came out to be good and I want it to be as good as that. You don’t want it to be a letdown. Hopefully, it won’t be, and if it’s not Twitter will tell me.

In the special, you talk about your dad’s career as a magician. What was your parents’ reaction when you told them you wanted to pursue comedy?

Mine were super supportive. With my dad doing magic shows, he loved it. I mean, look, college was not working out. I mean, I failed bowling.

How do you fail bowling just out of curiosity?

I don’t know. I’m actually not that bad of a bowler.

You grew up in a Christian home, and many of your wife’s family members are in the ministry. I’m curious, what did you think of Pete Holmes’ show Crashing?

Pete got to make the show that every comic wants to make. I remember Pete was a Christian. And when I first moved to Chicago that was the first time I ever moved where … you know, in Tennessee, everybody is a Christian. You can can look outside your car and be like, ‘All these people go to church.’ You don’t meet people that don’t. So Chicago was the first time that I ever met people that either weren’t religious or didn’t believe in God. Then Pete was. Me and him bonded over that too just because we were in a world of comics that are not.

It was awesome to see his show. He was completely, very honest about it, and I’m always a fan of that. I’m a fan of honesty.

A lot a people that I was around weren’t Christians and didn’t grow up in the church or anything. Sometimes guys can go away from that, but it just made me get more into it, because I just thought, ‘Why do you think you’re right?’ I’ve always said I trust my parents more than I trust anybody else I ever met.

There’s a really funny moment in the special when you talk about surprising your dad during a performance.  Have you had a lot of opportunities to work with your dad or is that just kind of like a one time kind of fun thing?

We’ve done it a bunch. When I do Nashville he’ll open for me here. He’ll do dates with me and stuff. I mean he puts on an unbelievable show. It’s actually very hard to go behind him. He’s very funny.

Do you and your dad ever get competitive with it or is it pretty friendly?

He does a lot of motivational speaking too. He gives like his testimony, and he talks about me in there, and I always have people tell me how proud he is. He’s very respected in the magic community, and everybody knows him but we’re in two different kinds of worlds.

Turns Out You Can See ‘Avengers: Endgame’ Early, Only If You Make a Deal With the Devil