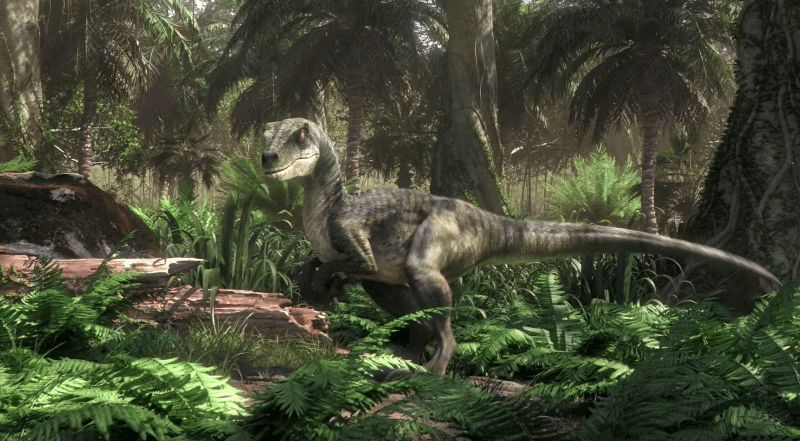 While most of us are using the streaming service to queue up rom-coms like Always Be My Maybe or pulpy genre-driven dramas like Orange Is the New Black, Stranger Things and House of Cards, Netflix has built a surprisingly deep catalog of children’s programming, and with a new Jurassic World cartoon show, it’s about to become a whole lot more interesting.

Jurassic World: Camp Cretaceous will premiere in 2020, according to a new trailer:

As far as a teaser goes for cartoon, programming, it’s pretty intense. The show’s official premise doesn’t make matters seem any less scary, either: “Jurassic World: Camp Cretaceous follows a group of six teenagers chosen for a once-in-a-lifetime experience at a new adventure camp on the opposite side of Isla Nublar. But when dinosaurs wreak havoc across the island, the campers are stranded. Unable to reach the outside world, they’ll need to go from strangers to friends to family if they’re going to survive.”

We’re all for a heartwarming story of a ragtag group of kids learning to come together through adversity, but there has to be a better way to do that than a bunch of hungry man-eating dinosaurs. No telling yet how kid-friendly the series will be, but those dinosaurs look pretty realistic so far. Stay tuned as we learn more.