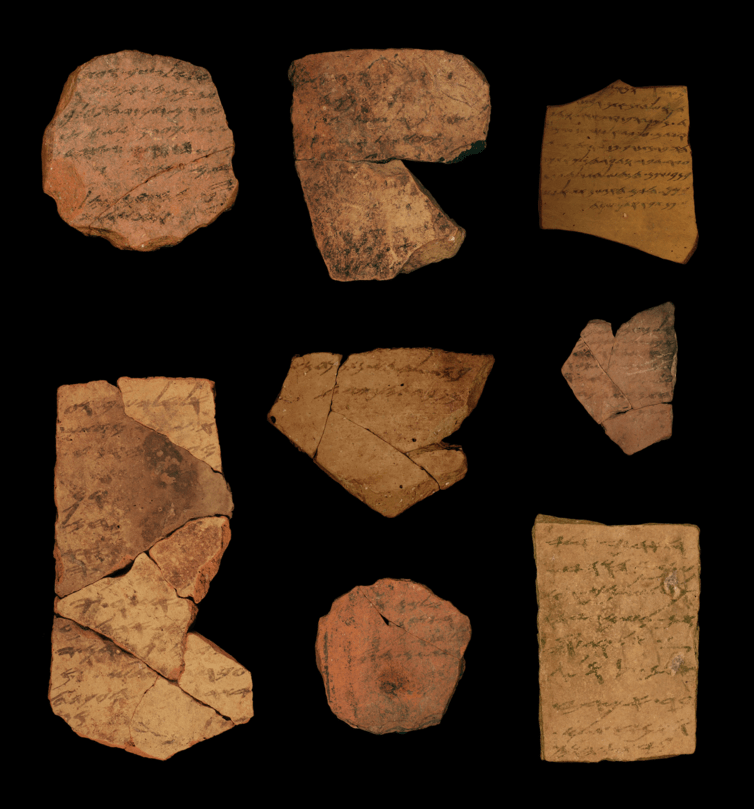 Archaeologists have found new evidence about the time frame of the biblical texts, based on what’s essentially a shopping list. In an excavation of a fort in Arad, Israel, researchers found notes inscribed in ink on pottery asking for wine, flour and oil. An analysis of the handwriting by scholars from Tel Aviv University suggests that literacy may have been far more widespread in the Holy Land around 600 B.C. than previously known. The findings, they’re saying, could have some bearing on a century-old debate about when the main body of biblical texts were composed. The new study was published yesterday in the Proceedings of the National Academy of Sciences. Based on a statistical analysis of the results, the researchers concluded that at least six different hands had written the 18 inscriptions at around the same time. Even soldiers in the lower ranks of the army, it appears, could read and write.

One of the longstanding arguments for why the main body of biblical text wasn’t written down as it appears in present form until after 586 B.C., is that before then there were not enough literate people or scribes to undertake such a huge literary project. But if the literacy rates in the Arad fortress were reflective of the entire kingdom of Judah (about 100,000 people) there would have been hundreds of literate people, the Tel Aviv research team suggests.

5 Signs You Shouldn’t Marry That Person

Stop Pretending to Be So Perfect