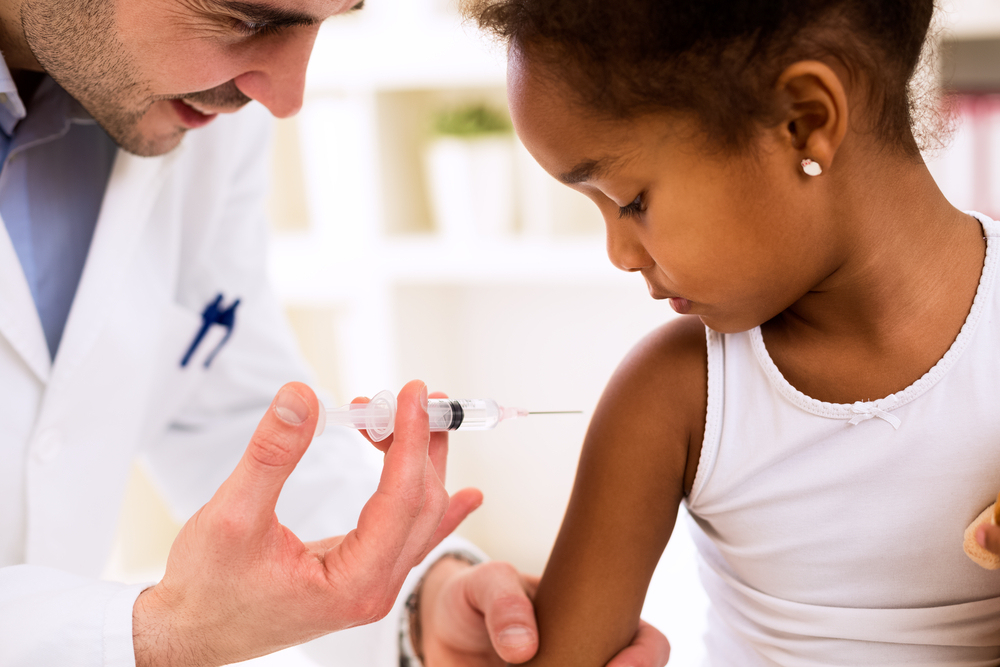 The New Jersey State Senate had been poised to pass one of the nation’s strictest pro-vaccine laws, eliminating the so-called “religious exemption” for mandatory childhood vaccinations, but hours of strident protests forced politicians to abandon the vote. [h/t Politico]

“I’m disappointed, but it’s another roadblock,” Majority Leader Loretta Weinberg, one of the bill’s sponsors, told reporters after the eight-hour session. “They have no science upon which to base their ideas and there is no religion that bans giving vaccinations.”

New Jersey and New York are suffering from a stream of measles outbreaks that medical professionals attribute to the growing number of children who’ve obtained exemptions as anti-vaccination propaganda gains a broader following. Mainstream medical research does not support such rhetoric, but the “anti-vax” crowd has nevertheless developed considerable sway. Their protests, chants and stomps drowned out Senate arguments, forcing the Senate to stall the vote.

New York passed a similar bill earlier this year, but New Jersey’s would go even further, ending exemptions at higher education institutions. That’s a concern for some religious communities, including the ultra-Orthodox Jewish umbrella organization, Agudath Israel of America. “There is a religious element to vaccines,” Avi Schnall, the New Jersey Director of Agudath Israel of America, told The New York Times. “And for the state to eliminate the religious exemption, it sets a precedent, it begins a slippery slope. And it’s not a good place for the state to be telling people, ‘Well, we don’t consider this to be religious, so we are taking it away.’”

In New Jersey, 94.2 percent of all school-age children were vaccinated in the 2018-2019 school year, which experts say still meets the “herd immunity” threshold. However, that’s a decline from 2013-2014, when 95.3 percent of children were vaccinated—a drop researchers attribute to the rise of religious exemptions. Since unvaccinated children tend to exist in clusters, policymakers are worried about the threat they may pose to others who can’t vaccinate for medical reasons.

New Jersey’s Senate President Steve Sweeney had been confident that he had enough votes to get the bill passed, but support grew increasingly shaky throughout the day. Still Sweeney told reporters the bill would pass at a later date.

“It’s just remarkable how people are looking at this and not trusting the science on it at all,” he said. “They’re trusting the internet.”

How to Celebrate Christmas When You Don’t Have a ‘Home’