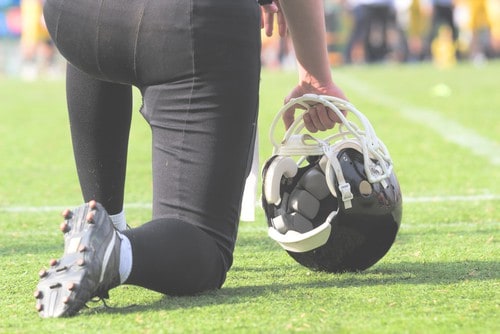 The NFL’s new national anthem policy is on hold, according to a joint statement released yesterday by the league and the NFL Players Association.

No new rules relating to the anthem will be enforced in the next several weeks to “allow this constructive dialogue to continue.”

This development comes just hours after the Associated Press received a “discipline document” created by the Miami Dolphins, saying that players could be suspended up to four games if they protest during the anthem. This document makes them the first NFL team with a policy that could punish its players for kneeling during the anthem.

The Dolphins’ policy created a complete PR nightmare for the rest of the league, leaving NFL fans wondering if the NFL knows how to handle this situation at all.

NFL owners approved a policy in May requiring players to stand during the national anthem on the field. The policy also allowed players to stay in the locker room during the anthem. It said that if any player chooses to protest on the sideline, the NFL could fine the team. Players could also be fined by their teams specifically, per the policy.

The preseason opens on Aug. 2 with the Hall of Fame game between the Baltimore Ravens and Chicago Bears.

Study: Bloodstains Now Suggest the Shroud of Turin Is Fake