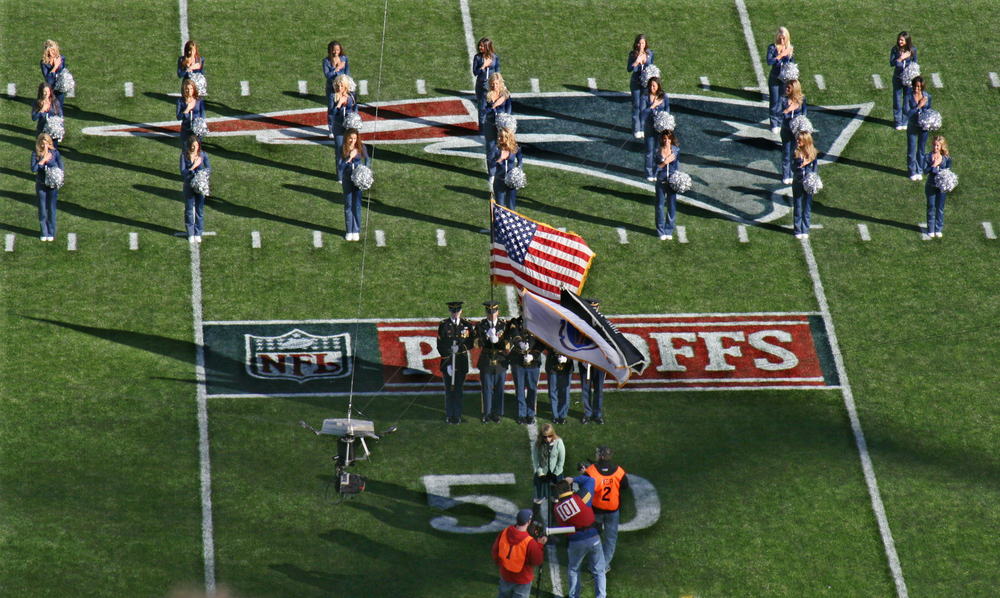 According to new league rules adopted by the owners Wednesday, the NFL will fine teams if their players kneel during the national anthem. Players can remain in the locker room if they wish, but there will be no on-field protesting allowed.

The old rules required players to be on the field during the anthem. This change is an effort by the owners to “defuse an issue that escalated last season into a national debate catalyzed by President Trump,” according to The New York Times.

In a statement, NFL commissioner Roger Goodell said: “It was unfortunate that on-field protests created a false perception among many that thousands of NFL players were unpatriotic. This is not and was never the case.”

The new policy was adopted without involvement from The NFL Players’ Association. The NFLPA has released a statement saying they will review the new policy and challenge anything they feel is “inconsistent with the collective bargaining agreement.”

As stated by the league, the new rule says “all team and league personnel on the field shall stand and show respect for the flag and the anthem.” Some team executives, such as Chris Johnson of the New York Jets, have already said that if their players choose to continue protesting on the field, the team will eat the fine and not punish the players.