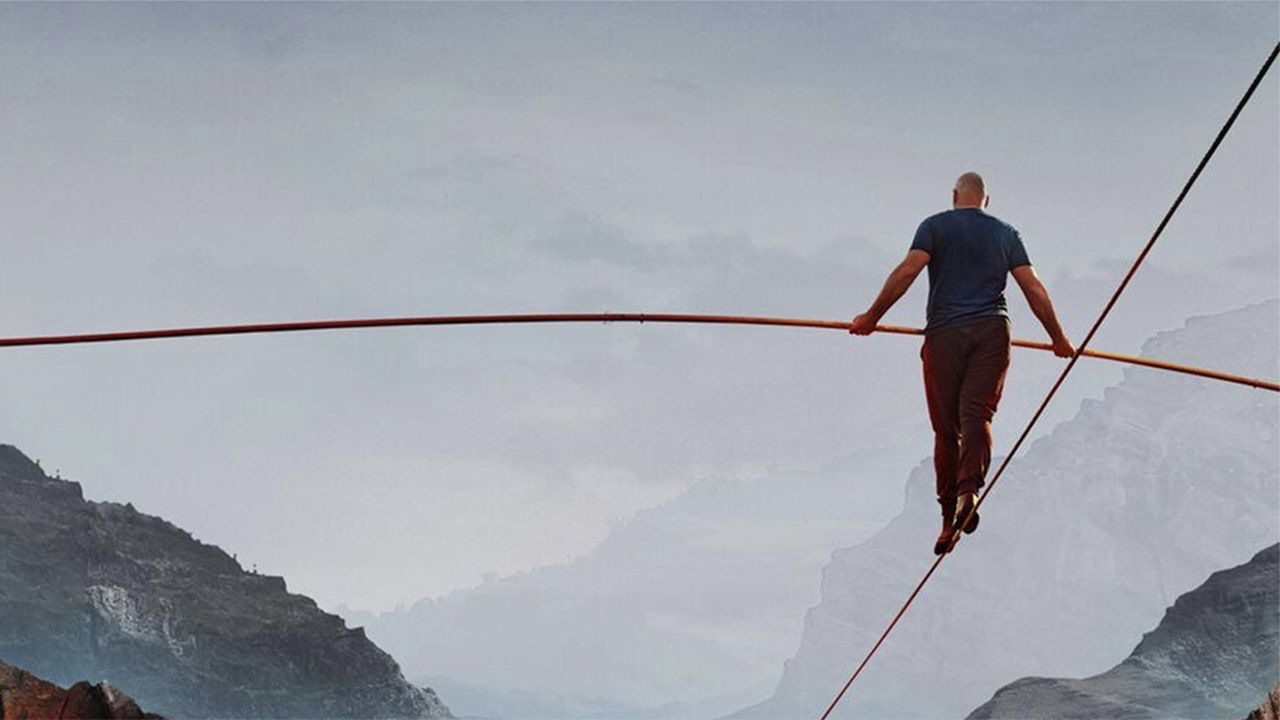 When I was growing up, my family had a small wire strung across our backyard. It’s the one I first walked when I was two. It’s the one that my mother and father patiently instructed me on, teaching me the mechanics and movements of the Wallenda family. I remember falling off that wire and landing in the grass. I remember my first turn on that wire. I remember the first time I sat down on that wire. But more than anything else, what I remember about that wire is that almost any time I was on it, so was Lijana. We would pretend we were our mom and dad or pretend that we were in their act.

Being on the wire together was as natural for us as being together anywhere else.

With New York firmly in mind, I was thinking about that backyard wire a lot in the days before I finally called to pitch her the idea. I was hoping that what we shared was more than a last name, more than just good memories. I was hoping we shared that same drive to be on the wire again.

Finally, I called her. When she answered, I didn’t waste a second. I simply said, “Lijana, would you consider doing a walk across Times Square with me?”

There was a pause, and it was scary for me, nerve-wracking even, because I was talking to somebody who had fallen from a wire that was twenty- eight feet in the air. (It was more like thirty-eight feet up from where she actually fell as part of that second level.) I just didn’t know what she would say.

“Absolutely,” was her response. “I want to do it.” She began telling me how she’d been slowly getting back on the wire. She started out low, like maybe twenty-four inches off the ground, but she was gradually increasing the height as much and as often as she could because, in her words, “I was born for this.”

That was all I needed to hear. After we talked, I called my manager and told him that Lijana was in— Times Square was a go. It didn’t take long for our broadcast partners to sign on to the idea, and we quickly arrived at a date: June 23, 2019. We would string a 1,250-foot- long cable— three times longer than anything Lijana had walked before—from the roof of 1 Times Square to the roof of 2 Times Square. We would be twenty-five stories in the air (250 feet) and the cable would have a twelve-degree incline from one end to the other. I would start on the higher end and walk down-hill toward Lijana, who would start on the lower end. We would meet in the middle, she would sit down, I would step over her, she would get back up, and then we would walk to our respective rooftop endpoints. All live, on television, and with an audience below cheering in Times Square. Meanwhile, as we walked, the television announcers would share Lijana’s incredible story of recovery and tell the world about our walk to redemption. There would be press, media appearances, and lots of opportunities for us to talk about what God did in our lives after the accident. I was excited thinking about it because I knew it would be incredible.

I also knew the production was going to be a challenge because I was going to have to pull double duty: I would not only serve as executive producer for the walk but also have to help coach Lijana for the stunt. I didn’t want to underserve either of those roles, especially with Lijana. She was putting her faith in me again, and after Sarasota, I was not going to let her down.

Ironically, one of the first things we would have to address was the safety harness that New York state law requires performers to wear. It was going to be an issue. Our family preference is not to use safety lines, but the good people of the state of New York and my TV network partner felt differently, maybe because of so many daredevils that careened over the edge of Niagara Falls in barrels. When I performed my walk across the falls in 2012, I not only had to have safety equipment to make the crossing but had to have the governor sign legislation that gave me permission.

The legal hoops were easy enough to navigate, but helping Lijana get accustomed to the safety harness would take some work. And we would have to figure out how to complete our walk in light of the fact that the harnesses would make it almost impossible for Lijana and me to cross over at the center of the wire. My brain was turning nonstop for a solution. Safety harness aside, there was also the issue of the event being bigger than anything Lijana had ever done before. My sister is an accomplished performer and has done some amazing things with her troupe performing at Absinthe in Las Vegas. But the size of the stunt I was proposing was going to be a significant challenge. It was farther and higher than she’d ever walked before, and we were going to completely stop our momentum in the middle of the wire in order execute the cross. Oh, and we had to contend with the wire being on an incline. It was enough to scare a seasoned solo performer who’d never had anything go wrong— throw in the two of us, the accident, and the watching eyes of a world that can’t wait to see if you fail, and it was a big hill to climb.

And that’s really the only reason why I agreed to do the walk.

The challenge of wanting to be great and to pursue greatness rests in answering this question: How do you continue to grow? How do you find your next win? How do you step outside of your comfort zone? In traditional sports, you move from game to game, from opponent to opponent; in business, you tackle the next problem your customer faces. But when you do what we do for a living, growth isn’t marked by making more money. It’s not being an MVP or winning the championships.
Instead, it’s all about facing and conquering challenges both mental and physical that could hurt or even kill you. Candidly, it’s one thing to say that when you’ve never really been hurt by the wire. But coming off of Sarasota, seeing how hard and how long Lijana had to work just to get back to normal, the sensation changed. I understood that our walk across Times Square, as cool as it would be, was truly a testimony to something deeper, more significant, more powerful than the average person dreams about. It was a shout to the world that God, the one we worship and who made each person on this planet with care and love, was firmly in control.