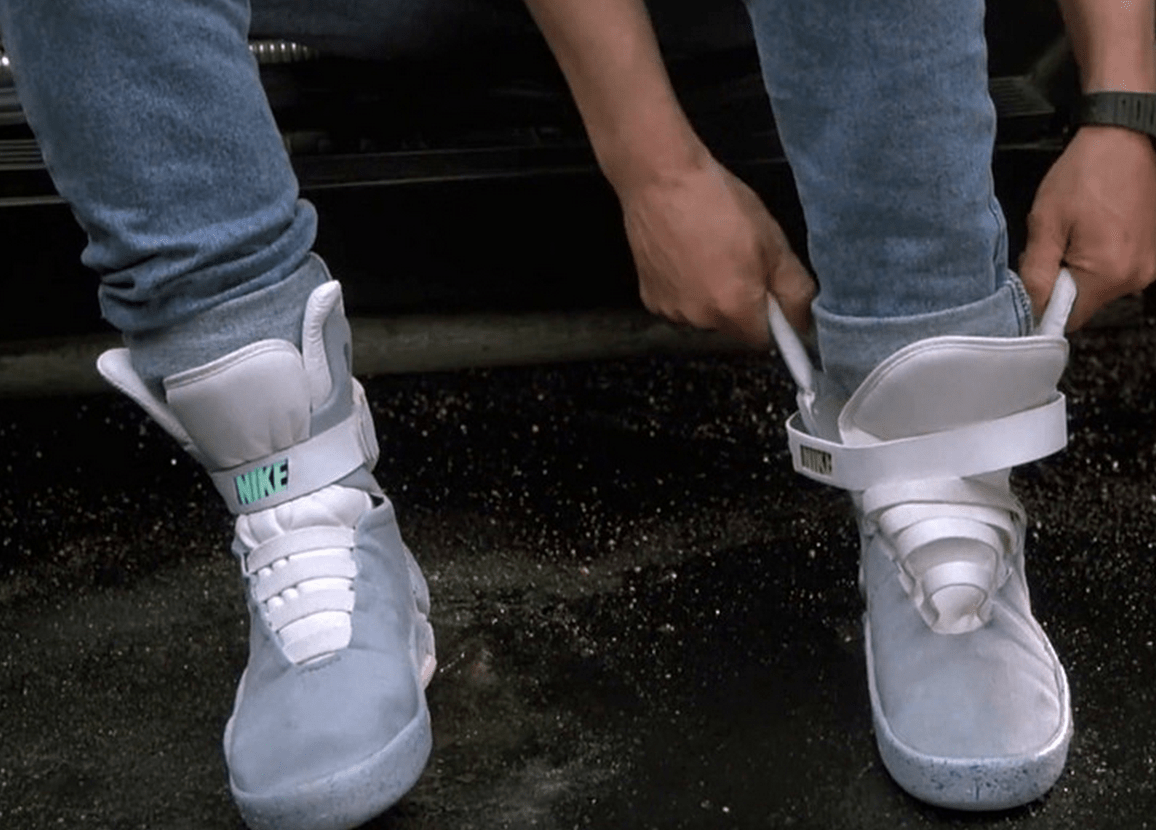 Great Scott! In what is perhaps the biggest Back to the Future Day news yet, Nike has confirmed to Mashable that it has actually created the self-tying Air MAGs featured in the movie Back to the Future II (as seen the image from the film). You may remember a few years back when the shoe-maker sold a handful of limited edition, lo-tech replica Air MAGs. Last night, they hinted at the release of the real deal with this tweet to BTTF star Michael J. Fox:

In a statement to Mashable, they’ve cryptically confirmed, the “first pair of self-lacing Nike Mag shoes is in New York City,” without providing any more details. Something tells us we could be getting our first look at the actual self-tiers soon.

From Nike: “The 2015 Nike Mag is a limited edition release. It will only be available via auction, with all proceeds going to the Michael J. Fox Foundation for Parkinson’s Research. The specific details on the auctions will be posted to Nike News and via Twitter @Nike in spring 2016.”

I Repented. Why Don’t I Feel Better?

Chris Rock Will Host the 2016 Oscars