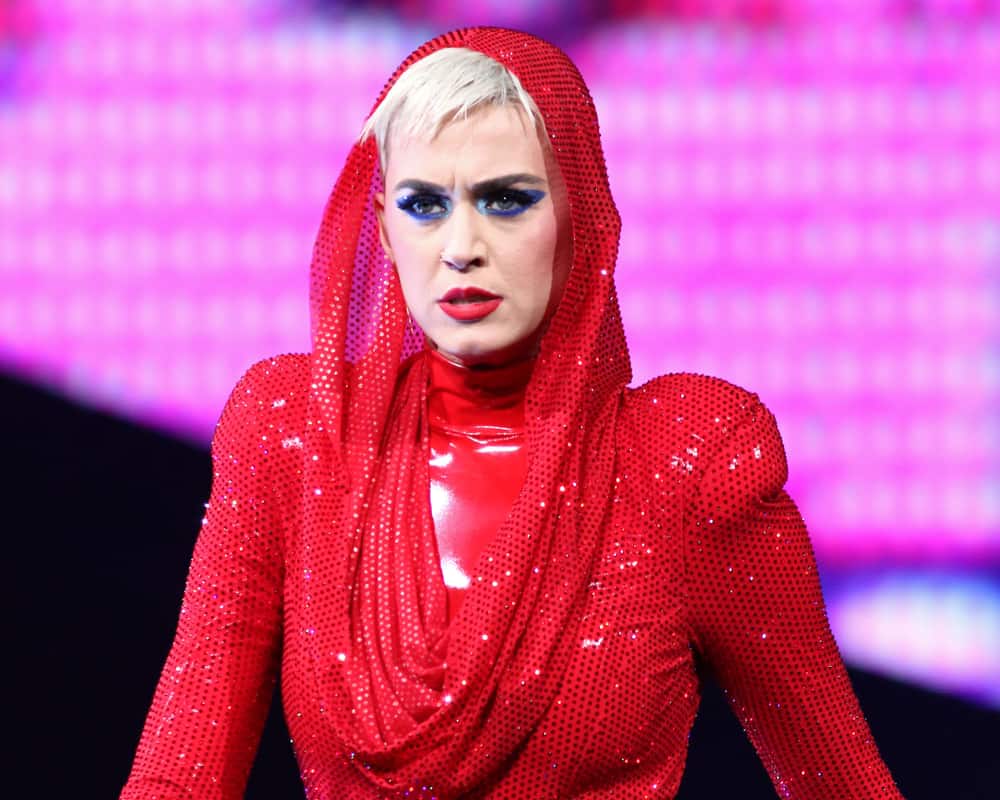 You are not crazy. The fact that Katy Perry is involved in legal battle over a convent is bizarre. And the details of the story only get more strange and complicated.

Sis. Rita Callanan, from the Sisters of the Immaculate Heart of Mary, says the years-long battle for control of the historic convent that has been home to sisters of her order for decades has left her in serious financial trouble. “Her bank balance is zero, her healthcare cheque has bounced on more than one occasion and she’s not sure who’s going to foot the bill for her next round of cancer treatment,” reports The Daily Mail.

In 1972, several Sisters of the Immaculate Heart, including Catherine Rose Holzman, pooled their money to buy the 30,000 square-foot estate. But when the nuns arranged to sell the property to California businesswoman Dana Hollister in 2015, the Archdiocese (which oversees the order) said the sisters did not have the authority to sell the property–a statement which was eventually upheld by the Los Angeles courts who blocked the sale of the property to Hollister. At the same time, the Archdiocese accepted an offer for the property from pop star Katy Perry.

Since then, Sisters Callanan and Rose had been engaged in a protracted legal battle with the Archdiocese and Perry. We say “had been” because Sister Rose collapsed dead on March 9 during a court hearing related to the property dispute. Sister Callanan, Daily Mail reports, “says she will have to accept the decision, whichever way it turns out.”

Why does Katy Perry want to live in a convent so badly? “The pop star told them she plans to live in the estate with her mother and grandmother, sit in the meditation garden, sip tea and find herself,” reports Forbes. But some are raising questions about the possible human cost of this protracted legal battle.

Callanan has depleted her bank account in the process of trying to fight the sale of the convent to Perry. She now depends entirely on a stipend from the Archdiocese, but says that they are not doing a good job taking care of her.

I have health issues, I have diabetes and breast cancer. They don’t pay some of the bills on time, I said when it comes to this sort of insurance, you have to pay it. I don’t know if I’m covered, I’m supposed to be, that’s all I know. Sister Catherine Rose had an unpaid medicine bill for £500 then she made out a check to the pharmacy and it bounced. It’s horrible.

If your head is spinning a little bit trying to make sense of this story, you’re not alone. Callanan is suprised too:

All these years of my religious life, I would never have expected to be fighting an archbishop to keep our own property and money, so we can care for ourselves. All we are asking is to sell our own property, keep our own money so we can take care of ourselves until the last person dies, then the money and property can go to the archbishop. There’s not many more years, give me a break. He’s supposed to be a chief shepherd.

Church Told They Can’t Put the Word ‘Jesus’ on Sign

Every Church Choir Should Learn Whatever This Song Is