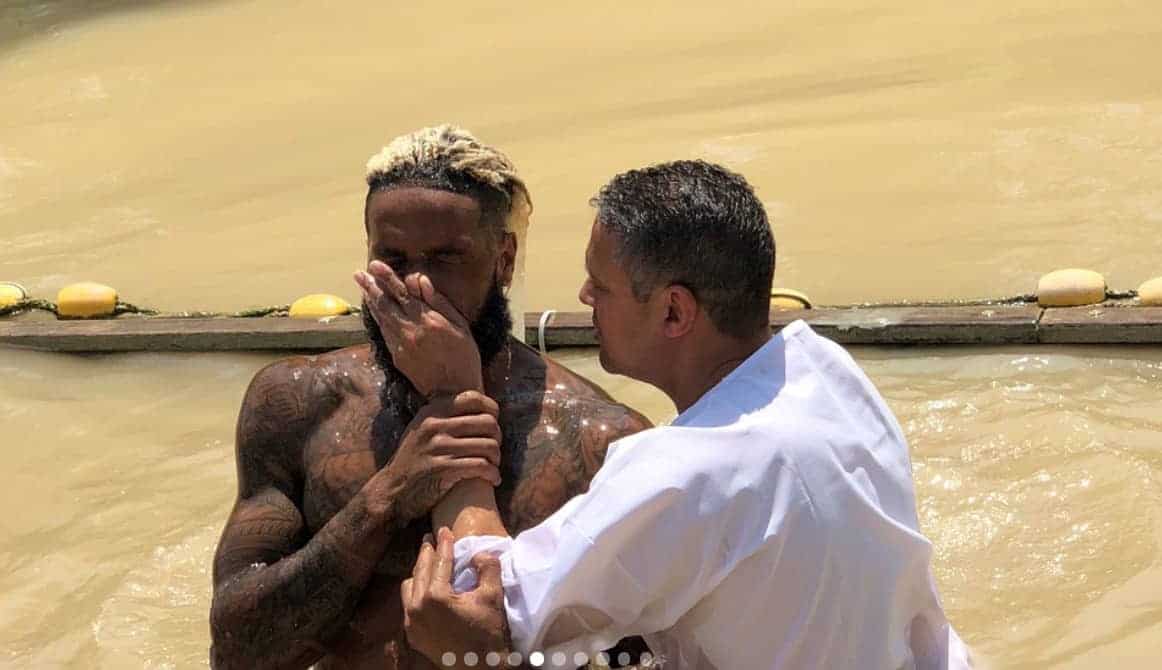 NFL superstar Odell Beckham Jr. recently visited the Holy Land, and while he was there, he was baptized in the Jordan River. In a series of Instagram images from his visit, he wrote, “couldn’t of asked for anything more!!!! God I can’t thank u enough for this one. My journey is just beginning …”

In an image showing him being baptized, he wrote the caption, “FRESH START….What a time ! #Jerusalem #ImForgiven“

Beckham is one of the leagues biggest stars, but hasn’t played since a serious injury caused him to need surgery last season. He’s also recently faced legal troubles, including being sued for $15 million by a man who say Beckham ordered his employees to attack him. He’s also recently denied allegations that he offered a woman money for sex.

In another post last night, Beckham wrote, “Though I walk through the valley of the shadow of death, I will fear no evil: ??✌? God Bless.”

A ‘Frasier’ Reboot Could Be Happening With Kelsey Grammer Onboard