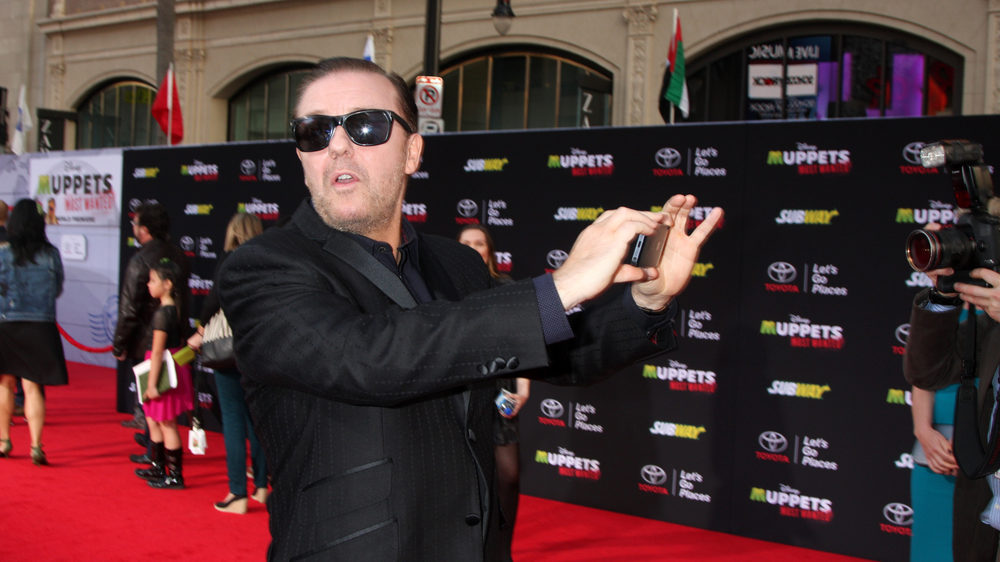 People looking for an excuse to skip the Golden Globes, rejoice! Ricky Gervais, a once-interesting comedian whose schtick has devolved into an endless series of “triggered much, snowflake?”-type gags and boring riffs on atheism, is going to host the Hollywood Foreign Press Association’s award show for a record fifth time.

Hope he doesn’t get too edgy up there or the SJWs might have to cancel him for being offensive (this is just an early sneak peek at some of the jokes he’ll bring to his opening monologue).

The whole point of the Golden Globes is a big of a mystery, as the so-called Hollywood Foreign Press Association is little more than a collection of well-connected, deep-pocketed individuals with few real connections to or expertise in the industry. But they can afford to throw a Golden Globes ceremony every year and that is, apparently, all you really need to become a major player in showbiz these days.

They certainly didn’t get where they are on the strength of their host-choosing ability. While Gervais cut his teeth on undeniably clever British comedy fare like Extras and The Office, his routine has warmed in a deluge of lukewarm takes about “cancel culture” and “sensitive millennials” and, of course, how much of an atheist he is. Being an atheist comedian is sort of like being a Christian comedian in that there’s nothing inherently wrong about either of them, unless it’s all you talk about.

And for all Gervais’ whining about getting canceled for how edgy he is, well, the guy’s hosting the Golden Globes for a record fifth time. Cancel culture strikes again, it seems.