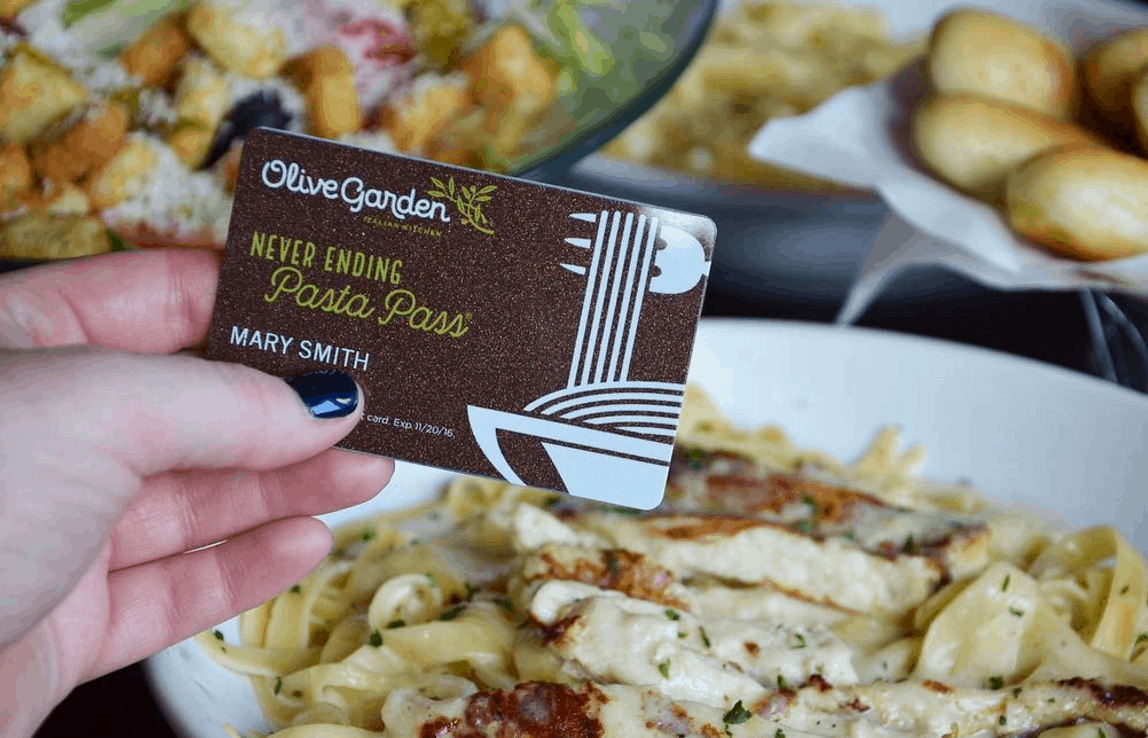 Oh boy. Olive Garden has announced that it is about to bring back its “Never Ending Pasta Pass,” a magical card that entitles holders to unlimited amounts of pasta and soda for a period of seven, carb-filled weeks. They go on sale on Thursday at 1:30. Each one costs $100 and a little bit of your soul. However, last year, they were all sold out in literally a matter of seconds. (This year, 21,000 will be made available.)

For the last two years, the card’s most famous holder has been a North Carolina pastor, who, back in 2014, ate at Olive Garden more than 100 times during the seven weeks. The dream is real, you guys.

Have You Made Busyness an Idol?

Report: 300,000 People Have Been Killed in Syria’s Civil War