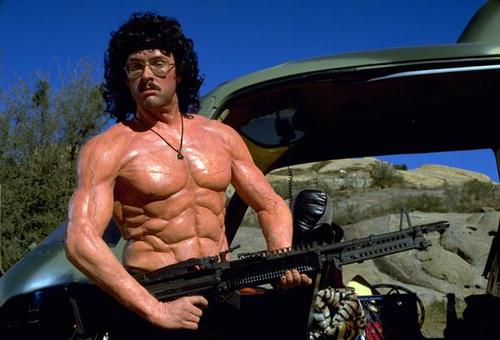 The bright light in the distance that was a potential Rambo TV series has been diminished. Rambo himself, Sylvester Stallone, will apparently be forgoing any involvement in the new series Rambo: New Blood—focused around his relationship with his son, J.R. As if that isn’t bad enough, because the series was purchased by Fox in the midst of negotiations to have Stallone involved “on a creative level as well as potentially reprise his iconic role as the original Rambo,” his departure likely means the project won’t go forward with Fox. Now poor Rambo Jr is left without a father or a home network. What’s an ex-Navy SEAL to do? How are you gonna do us like this, Sylvester?

What to Do When You Need a Comeback