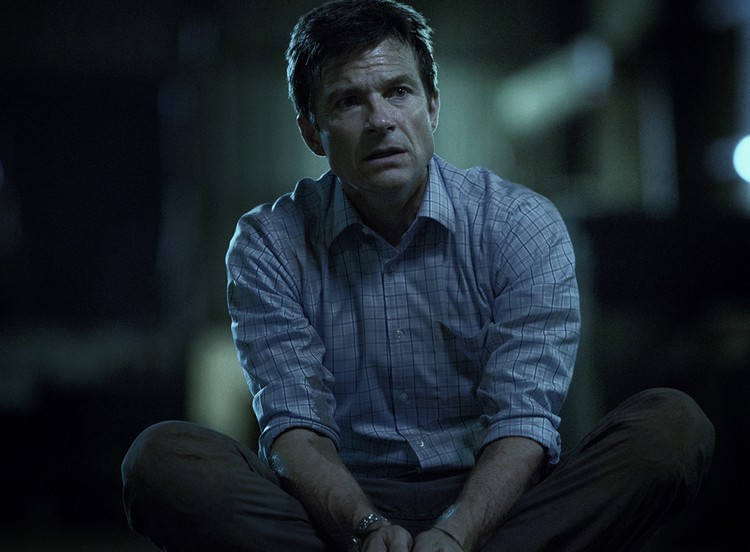 In those days Israel had no king; all the people did whatever seemed right in their own eyes.” -Judges 21:25

For a reader new to the Bible, the book of Judges is likely troublesome at best. A woman pounds a spike through a man’s head while he sleeps. A man kills his daughter in the name of God, after a military victory. A woman is gang raped. An obese king is disemboweled. And at the end? There’s no Hollywood credits where the good guy saves the day. Of course, any Bible scholar will tell you that doesn’t mean there’s not a lot to learn from arguably the most grim book of the Bible.

Over the course of the last decade, TV and film have taken a notably darker and more complex turn. Whether or not this is a good or bad thing should be judged on a case by case basis. In my opinion, Breaking Bad (which I hated) and John Wick (which, full confession, I loved) do little more than glorify murder and revenge, while The Walking Dead Netflix’s Daredevil and the mega-hit Stranger Things (which dipped into moments of full blown horror) were able to use gruesome and disturbing scenes to push the viewer to wrestle with big questions.

Netflix’s latest gritty drama, Ozark deals in the darker side of the human experience, but there’s a lot of heart here. Over the course of two days, money launderer Marty Byrde (Jason Bateman of Arrested Development fame) is kidnapped and released by a drug cartel and then discovers his wife Wendy (Oscar winner Laura Linney) is having an affair.

Due to the threats from the mob, Marty and Wendy are forced to put their marriage back together, at least on the surface, and move along with their two teenagers to Lake of the Ozarks in Missouri. It’s a cash-heavy tourist destination where either Marty will successfully launder millions of dollars for the cartel, or all four will be executed.

SINS OF THE FATHER

Before you slap a “role model” pin on his chest, however, bear in mind that the family is facing possible death due to Marty’s crimes. He may have engaged in illegal activity to provide a better life for his family, but the fact remains that Marty has sparked a chain reaction that could lead to the beheading of his kids.

Scripted TV works because the plots deal in extremes.

Nobody would watch a show about a family where the kids are doing well and the parents have a loving marriage. Simply put, no conflict, no show. But while odds are extremely unlikely for a mafia accountant money launderer to be living on your street, the Byrd family are in many ways a portrait of American dysfunction. Both partners in the marriage have lied, which not only destroys their relationship, but hurts their children.

Perhaps the most touching moments of season one of Ozark involve Marty desperately trying to be a loving and supportive parent in the middle of cutting illegal deals or swindling strip club owners (warning, there are a handful of scenes that involve nudity, keep your finger on the fast forward button).

He’s a man who must play the cards he’s been dealt, and win. But in the middle of it, he still wants to find ways to connect with his children, who Marty knows may grow up to be failed adults because of his choices. Like the book of Judges, season one doesn’t offer the most hopeful picture, but still gives us much to ponder.

A STORY IN A FORGOTTEN PLACE

As a mostly white man (I’m also a Cherokee citizen by birthright, but with a very caucasian bone structure to my face) it’s difficult to make the statement “growing up, I didn’t see people who look like me on TV.” Women and minorities have largely and wrongly been shut out of places of influence for the century or so of film history. I’m thrilled to see the first steps toward more female and minority actors and directors finally getting the opportunities they have more than earned (Ava Duverney, Gal Gadot, Ryan Coogler and Patty Jenkins come to mind). But, when it comes to on-screen geographics, it’s still quite rare for me to see a scripted TV show I could have related to based on my childhood in an impoverished, rural community.

In many cases, a large portion of geographic America is often  ignored or misrepresented by the culture creators in New York and L.A., who are mainly focused on telling stories about young, abnormally beautiful people in large cities.

Growing up in the second poorest county in Illinois, where many families below the poverty line depended on venison from hunting to get through the winter, the only times I saw people like me on TV were in Dukes of Hazard reruns (my own family has a storied moonshining history) and in a VHS copy of the 1974 film Where the Red Fern Grows. Sitcoms featuring attractive 20somethings in trendy New York City apartments and gritty dramas about police detectives chasing the bad guys across the sprawl of Southern California that dominated the primetime airwaves might as well have been science fiction to a farm raised kid like me.

Thankfully, Ozark shows the people of rural Missouri as, well people, rather than toothless, illiterate stereotypes. Particularly in the complexity of antagonist Ruth Langmore (newcomer Julia Garner, who may be on her way to becoming the next Jennifer Lawrence), a scrappy teenager who lives in squalor with her drunk uncles due to her father’s imprisonment. Despite constant setbacks from poor decisions on the part of her uncles, Ruth remains determined anything to help herself and her brothers escape the the cycle of poverty.

In my native Pike County, IL, the average income for a single mother is just over $28,000 a year. I can tell you from experience that there are a lot of Ruth Langmore’s in rural America, who know that the only way they’ll have a life that doesn’t involve barely scraping paycheck to paycheck is to bootstrap their way out. To date, two of my childhood friends have become major market CFO’s, another invented a new kind of roofing tape, and one was recognized at his college graduation as the highest paid initial graduate in the history of his engineering program. Until Ozark, I’d never seen that kind of rural, poor ambition portrayed on screen.

Thanks to Ozark, a corner of America that’s largely been ignored now has a hit show that’s both faithful in the depiction of rural culture, and a notably good binge watch.