It took a long time, but Paper Route is back.

The band made waves with their 2009 debut, Absence, an electro-pop swirl of blazingly catchy melodies, mind-altering loops and, best of all, lyrics that dug much deeper than the giddy production implied. It was beautiful music about sad things, and audiences ate it up. But success, as it often does, proved a dicey for the band, and the sophomore effort was hit by a brutal volley of setbacks both professional and personal that, at times, called into question whether or not Paper Route would ever deliver a follow-up.

But the band powered through and on September 11 of this year, The Peace of Wild Things will be finally be released. Frontman J.T. Daly called us from his home in Nashville to talk about the nightmare that has been his past couple years, the creativity that the band has found in it and where one goes to find peace in the midst of wild things.

How are you feeling about the new album?

Anxious … relieved … those are the first two things that come to mind. Anxious because it’s still—I feel like the planet has been spinning in a way that is stopping the release of this album, and we finally have a release date, we finally have our perfect team. We’re relieved and it’s time to get rid of it, it’s time to get on with our lives and start thinking about other things. I would almost argue that every single obstacle that could have stopped our heartbeat as a band has been presented before us. Business-wise on every level what you would expect from a band drama-wise, and just the reality of the fact that you have a whole bunch of people whose lives are colliding and you function as a unit. Just the ins and outs of daily survival and learning how to be there for each other when life happens. We’ve experienced all of that. From cancer to death in the family, to divorce, to financial mysteries—every single thing we’ve had to be resilient and overcome for us to even get to a spot where we can release this album.

Do you feel like you the success of [the first album] had anything to do with that?

Success is such a broad term. We never really experienced any success in the obvious things. It’s not like we were dealing with drug overdoses and too many models in our hotel rooms—that was never our battle. It was really just … just life got really bad. Life got really heavy, really fast. I think we’ve always made music and made art out of those moments. I think that we’re just ready as a band to celebrate those things, rather than mourn them. I think that season as a band is kind of coming to a close. I don’t think you have to be miserable to make heavy art. I think, personally, that life happened—the band was just there. The band kind of became this refuge in a mansion we found in Nashville, Tenn. It kind of just became an escape. We could go there and just hide, and write a song knowing that we were kind of sheltered from the storm outside.

A lot of people would probably say that pain is the best conduit to making good art. But you think celebration is just as good?

I do. Everyone is different, and I am relentless in my sense of hope in people—to a fault. That’s probably what’s caused me the most pain in life, that I almost have too much hope in people and I get wounded in that. I feel as if there’s something redemptively beautiful in every single person. I just got machine gunned down in the last couple of years. I think that I really do just believe that it’s possible to look back with more clarity once you’ve properly mourned something. I think you can look back with clarity and really speak into the darkest moments of your life.

So how does going through that journey change the way you work as a band?

It sounds cliche, but we’re just so much more thankful, we’re so much more appreciative of the people who have stuck by us, whether that be management or the people that tour with us. We hire two other guys to play with us live, and these guys have dedicated a huge portion of their lives to not make that much money, because they believe in what we’re writing. I think we’re just very thankful for that. We hold sacred our friendships outside of the band much more than we used to. We’re trying to invest much more in each others’ lives, because I think we’ve realized that’s probably why we’re still a band in the first place.

How does the album title factor into all of this?

“The Peace of Wild Things” is a Wendell Berry poem. I think, thematically, Wendell Berry has kind of been a thread through our band from the start. “Absence” was a word that was used a lot in his book Jayber Crow. There’s just a lot of him in our band. It just made sense. Making this album kind of saved us, in a lot of ways. That man in general … I think he pretty much thinks all you need is God, a partner and the land. I think that’s about as beautiful as it gets. Being in a band, especially in our current state, the highs are high and the lows are in the lake of fire. Jayber Crow is a long poem, it’s a flowbook, but it doesn’t get more beautiful than that book. It just helps you to realize that, you know, I’m in a really bad mood today, I don’t want to be here, I have to sing tonight, but yet I have to invest in these people’s lives. It just really kind of aligned the planets for us.

Have you ever written something too personal?

You know, this album will be the first time where I am nervous. I feel comfortable admitting that. There are some lines and some moments—maybe it’s a fine line between nervous and embarrassed, even. I’m embarrassed because I don’t want to come across as being so hypersensitive or so woe-is-me, but these things were very real. I am borrowing so much confidence from Chad and Gavin where I feel like they’ve just kind of stood behind me and they’re like, let’s go for it. Chad has some stuff on this album too, and it’s brave. Everything would be easier outside of this band. It’s just not worth it for me to leave my family and friends, and my hometown, and not stand in front of X amount of people and give them all that I am every night. There are so many rather things I would rather do with my life. We pulled back the veil on this. We pulled back the curtain, and these things are real to us.

Is this album written more for your audience or for yourself?

I would say that right now it’s definitely a combination of both. But when we don’t feel unified in our calling or our vision as a band—being now that we feel like some of these things need to be shared with people. I think that they’re to remind everyone—including ourselves … we’re singing for ourselves–that we’re far more resilient than we give ourselves credit for, and to not lose hope. And I would almost even argue that the amount of darkness someone might have in their life is directly proportionate to the amount of light. And that’s something we’re leaning on, that’s why we’re still a band. We feel that’s something that needs to be shared. Artistically, we have to do this. I will always we sucking my life out, getting things off of my chest. The people that I share it with will probably drastically change. We’re still going for it. It’s still loud, bombastic, hooky songs. And it still needs to be a band. It needs to be something we’re bringing into people’s speakers right now. 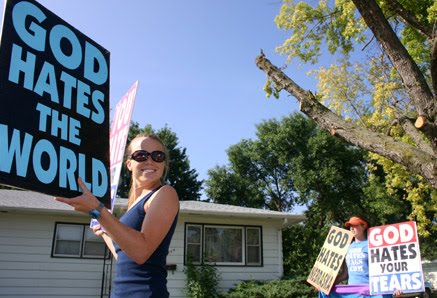 Westboro Baptist Church is Running Out of Things to Protest 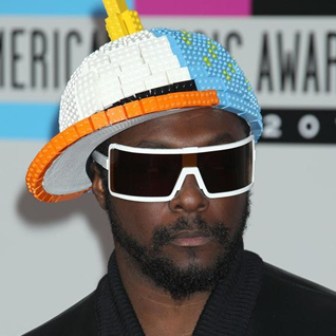