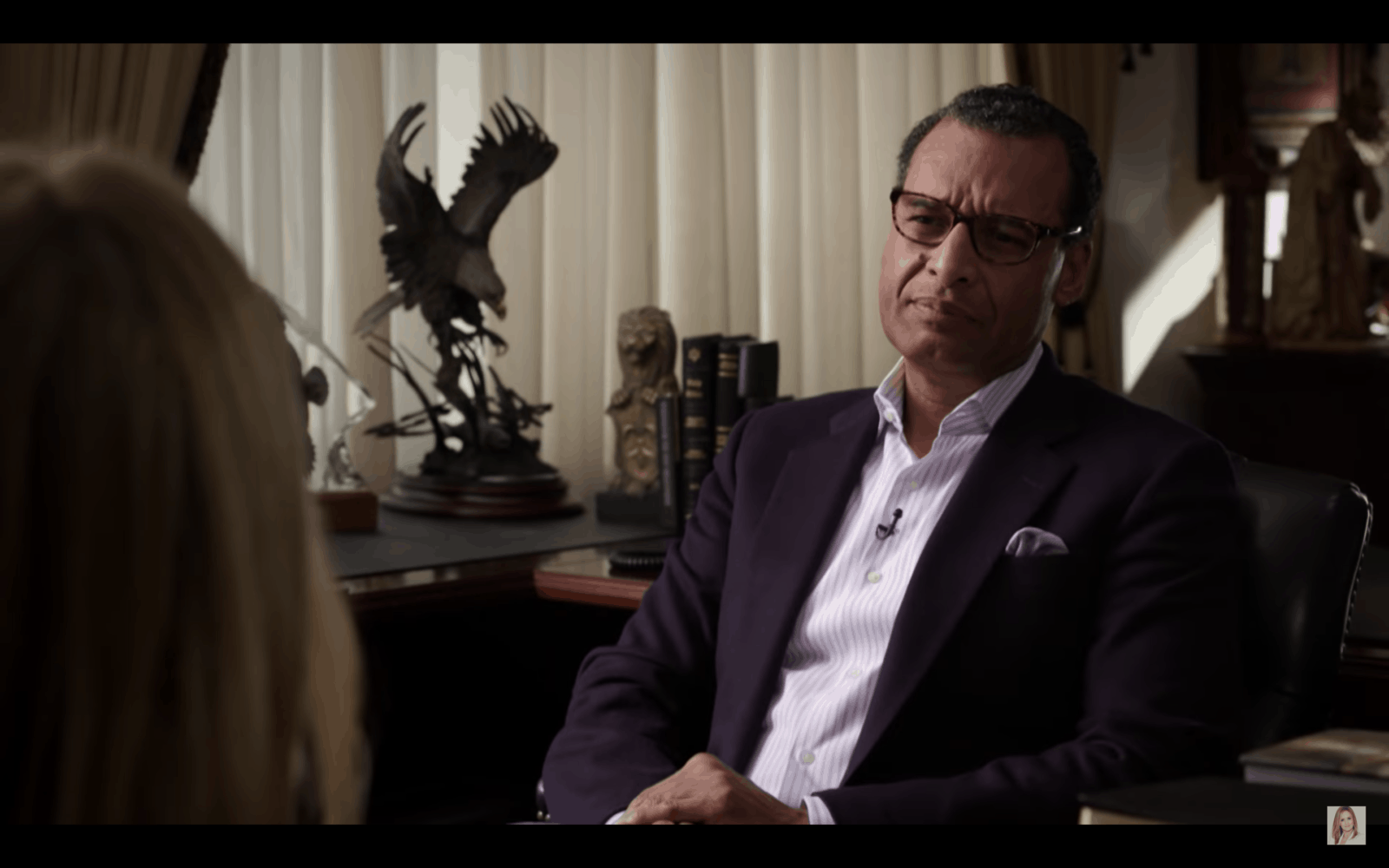 In a recent interview with television host Samantha Bee, Pastor A.R. Bernard compares Donald Trump’s ascendence to the U.S. presidency to the rise of Saul to Israel’s monarchy.

“I interpret [the situation] as a Saul [situation],” he says, “someone who was put into power not at the desire of God but as a concession to the people and who ended up exposing the spiritual and moral condition of the nation.”

Bernard is the pastor of Christian Cultural Center, 40,000 member church in Queens, New York City. He was formerly a member of President Trump’s Evangelical Advisory Board. He is the only minister to date that has walked away from the advisory board–citing disapproval of the President’s response to the Charlottesville riots earlier this year as the breaking point.

His perspective appears to stand at odds with other prominent voices on the advisory board, like pastors Robert Jeffries and Paula White, who say the president has been hand-picked by God.

Theological mines abound in that conversation as either perspective seems to overlook important biblical details.

In the case of King Saul (the biblical narrative of preference for those on the “less supportive” side of the support-oppose the president spectrum), the scripture is clear that God wasn’t thrilled about the idea of a monarchy in Israel at all, but did indeed choose Saul to be the man to occupy it (1 Samuel 8:1-22). So it might be a little misleading to say that the people chose Saul; What they chose was a form of government but God chose the man.

On the other hand, those on the “more supportive” end of the spectrum does not always present all the times that God “raising up a leader” is a form of judgment in the Bible: including Israel’s King Saul, Nebuchadnezzar of Babylon (Jeremiah 43:10), Tiglath-Pileser of Assyria (Isaiah 10:5-11).

Theological nuances aside, Pastor Bernard seems to have always been on the less supportive end of the spectrum but joined the president’s advisory board anyway, hoping to be “a minority voice at the table to help influence policy, ideas, and initiatives.” He says he stepped away from the board once he realized (which was pretty early on in his tenure) that he wouldn’t be able to have the kind of impact he had initially hoped.

When asked what he would say to his colleagues who remain on the president’s advisory board, Bernard said the following:

hold [Trump] accountable. Put your relationship, your access at risk. Be willing to walk away, be willing to demonstrate that you have a set of convictions beyond just your redemptive motivations for his soul. You have a responsibility to a nation.

Regardless of where one falls on the support-oppose spectrum, that is solid advice for Christians in relationship to leaders.