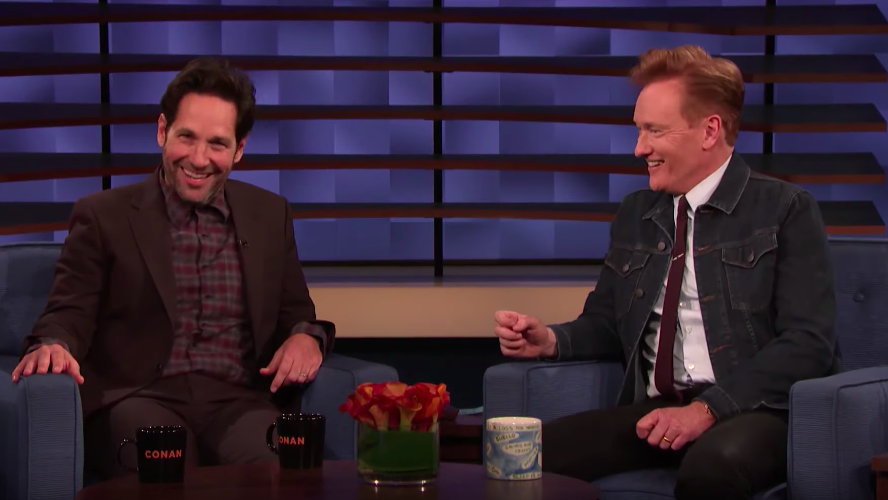 What’s the longest running gag of all time? There’s probably no official way to determine the answer to that question, but surely Paul Rudd’s 15-year (15! Years!) bit that he’s taken to every Conan O’Brien appearance is in the mix. As you probably know, Rudd’s appearances on O’Brien’s shows inevitably involve a fake-out, in which he swaps a promotional clip from whatever show or movie he’s supposed to be talking about for an unintentionally LOL-worthy clip from the E.T. ripoff Mac and Me.

The joke itself would seem to rely on the element of surprise. But on Tuesday’s Conan, Rudd — ostensibly there to promote his new Netflix show Living With Yourself — proved that the punchline still lands even or maybe even especially if you know it’s coming. [Warning the clip contains some strong language.]

Rudd is a solid actor but he’s never better than immediately after these clips, giving a note-perfect deadpan stare at a fuming O’Brien as if prepared to launch into the usual talking points.

Living With Yourself is a solid show. Most of Rudd’s projects are worth watching, if only to see him charm his way through the script. But the most important part of any Rudd promotional tour is the Conan O’Brien stop. One day, it will stop being gut-bustlingly hilarious, but today was not that day.