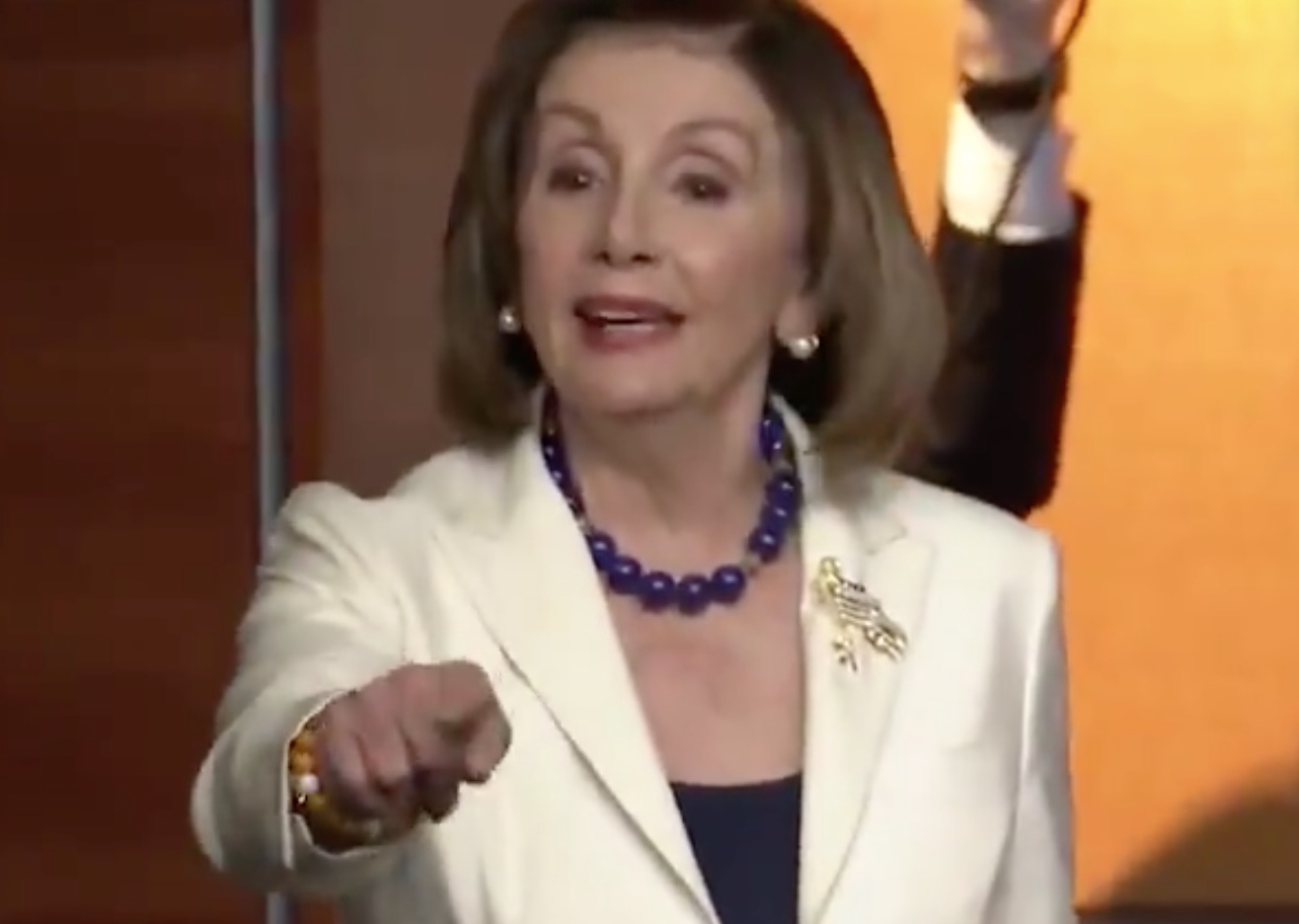 There was a striking moment during House Speaker Nancy Pelosi’s weekly press conference on Thursday, in which Pelosi was clearly angered by a question about whether or not she hated President Donald Trump.

After Pelosi had finished her address, Sinclair TV reporter James Rosen shouted “Madame Speaker, do you hate the President?”

The question stopped Pelosi in her tracks, her spun on her heels and pointed at Rosen directly.

She spoke over Rosen, who tried to insist that he wasn’t accusing her of hatred. Pelosi returned to the podium for address the question more fully, insisting that the articles of impeachment the House will be bringing against Trump are political, not moral, in nature.

“I think this President is a coward when it comes to helping our kids who are afraid of gun violence,” she said. “I think he is cruel when he doesn’t deal with helping our Dreamers, of which we are very proud. I think he is in denial about the climate crisis.”

“However, that’s about the election,” Pelosi continued. “This is about the Constitution of the United States and the facts that lead to the President’s violation of his oath of office. And as a Catholic, I resent your using the word hate in a sentence that addresses me. I pray for the President all the time. So don’t mess with me when it comes to words like that.”

This is not the first time Pelosi has insisted that she regularly prays for Trump. In October, she told reporters that she prayed for Trump and his family.

The President didn’t seem to be impressed by the gesture, tweeting that “Nancy Pelosi just had a nervous fit.”

“She says she ‘prays for the President’,” he continued. “I don’t believe her, not even close.”

You can watch Pelosi’s entire exchange below.

What if Christians Actually Did What Jesus Did?

Why Giving Too Much Kills Relationships