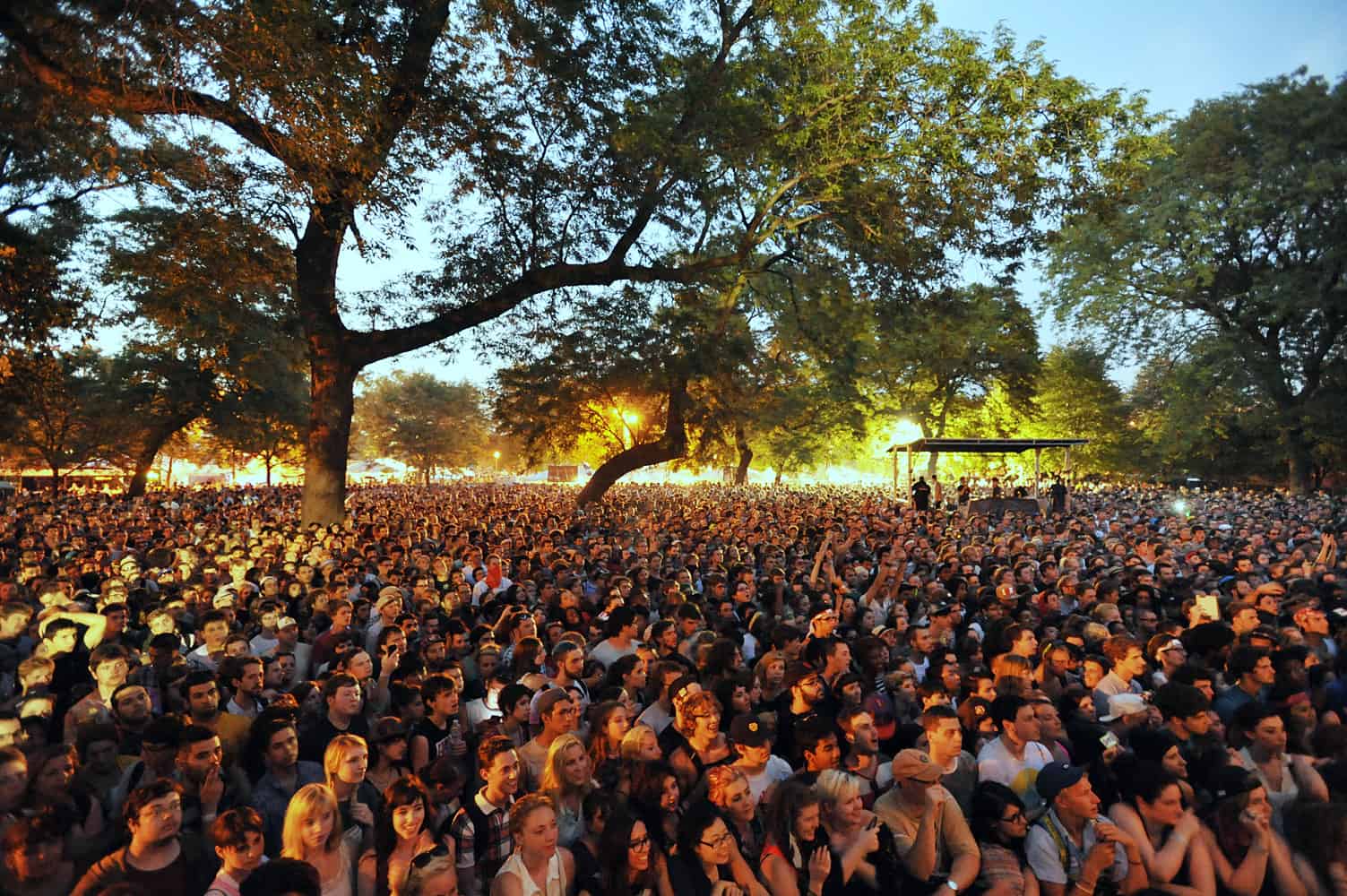 Pitchfork Media, which once started as an ultra-snarky yet innovative independent music site by founder Ryan Schreiber in the late ’90s, has since bloomed into, in many ways, the online flagship of indie music reviews and news coverage. Pitchfork has since toned down its oft-lampooned critical tone as it’s risen into further prominence in the music world. In fact, it’s a full-fledge hipster sensation, with a site that remains on the front edge of music news, with extensive video coverage, worldwide journalism, and two music festivals to boot (with their Chicago festival now in its eighth year, and a Paris festival now in its second year.) This past Friday, I had the chance to go to a day of Pitchfork Musical Festival in Chicago, the publication’s home base and where they started their festival in 2005 (as the Intonation Festival.) Here are three reasons why Pitchfork Music Festival is the best thing the indie media mogul does.

Pitchfork nowadays reviews an tons of albums and songs daily, has several different formats and types of content, but does for the most part, keep their site is fairly simple to navigate. Pitchfork Music Festival takes simple to a new level, with three stages named Red, Green, and Blue spread out like an elongated triangle, with some food and art vendors thrown around the fringes for some additional value added to the festival. The festival is an easily digestible 9 hours a day (beside Friday which is 6.5), with sets coming in around 45-60 minutes and a fairly effortless transitions between sets. The festival is located on the Northwest Side of Chicago in pleasant Union Park, fitting around 18,000 people into the space (way less sweaty and crowded than huge 80,000 person festivals like Coachella, Bonnaroo, and Lollapalooza), making it much more manageable and less claustrophobic to move around. The reasonable ticket price doesn’t hurt matters either, coming in at only $110 for a three day pass (under $40 a day). All these things make for a simple yet very enjoyable festival experience.

If you were cryogenically frozen for several years like Hans Solo and Austin Powers, and woke up wanting to know what the trends in the independent music scene are and who’s hot at the moment, three days at Pitchfork would pretty well set you straight. The festival features bands who have almost all at least once been tagged with the site’s “Best New Music” tag, which has become sort of like the admission ticket to becoming an indie darling. The festival included several artists who have released critically-acclaimed music this year including Dirty Projectors, Beach House, Chromatics, and The Men. This year also gave a good picture of underground scene of hip hop, including the likes of Kendrick Lamar, Danny Brown, Big K.R.I.T., A$AP Rocky, and School Boy Q in their lineup. Great vocal harmonies are also no doubt in vogue which were captured by the beautiful harmonies of Dirty Projectors, Feist, Beach House, and more.

Sure, several festivals give a sampler of music around the world, but few others in comparison its size, give quite the variety of music that you get at Pitchfork. For example, in the matter of four hours on Friday at the Blue stage, I caught the raw hobo soul of newcomer Willis Earl Beal, experimental electronic music at its most sublime with Tim Hecker, glorious thrash-rock with Vancouver duo Japandroids, and the trippy left-field hip hop of Clams Casino. That’s like ribs, sushi, tacos, and pasta all in the matter of four hours.

All this to say, while Pitchfork as a whole no doubt has its shortfalls and has received heaps of praise and criticism deservedly, there is very little to criticize with Pitchfork Music Festival in Chicago.

Wes Jakacki writes on music and faith from Chicagoland, and you can follow him on Twitter or at his music blog, Little by Listen.

LifeWay Bans 'The Blind Side'