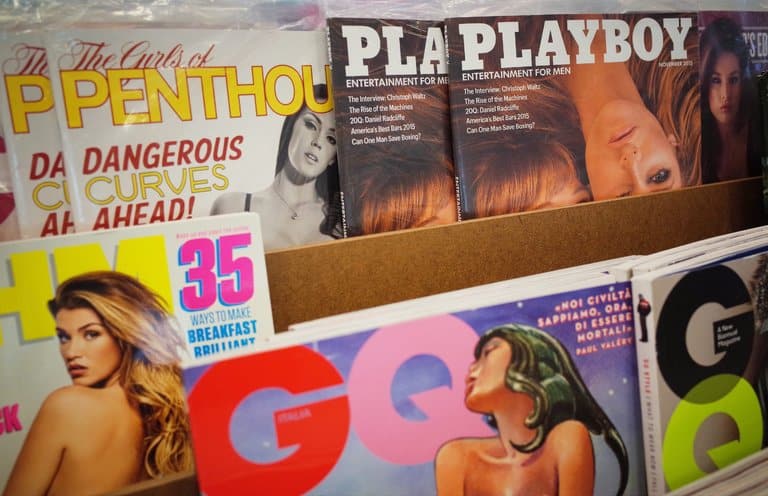 In October 2015, Playboy announced that they wouldn’t be featuring nude women anymore as a strategic step to get more advertising money and for better newsstand placement. After more than a year, Playboy‘s Chief Creative Officer Cooper Hefner announced that the magazine would return to nudity.

I’ll be the first to admit that the way in which the magazine portrayed nudity was dated, but removing it entirely was a mistake. Nudity was never the problem because nudity isn’t a problem. Today we’re taking our identity back and reclaiming who we are.

In the magazine’s upcoming issue women will be topless and almost completely nude—more of what is considered tasteful nudity with strategic covering.

Hefner, the son of Playboy‘s founder, Hugh Hefner, returned to work for Playboy in 2016 and publicly disagreed with the decision to remove the nudity aspect.

He told Business Insider in February:

When you have a company, and the founder is responsible for kick-starting the sexual revolution, and then you pluck out that aspect of the company’s DNA by removing the nudity, it makes a lot of people, including me, sit and say, ‘What the hell is the company doing?’

The cover of Playboy‘s new issue cements their position with a tagline stating “Naked is normal” across the front.

Fake News and Other Traps Damaging the Church

Don’t Let Romance Be Another Day on the Calendar