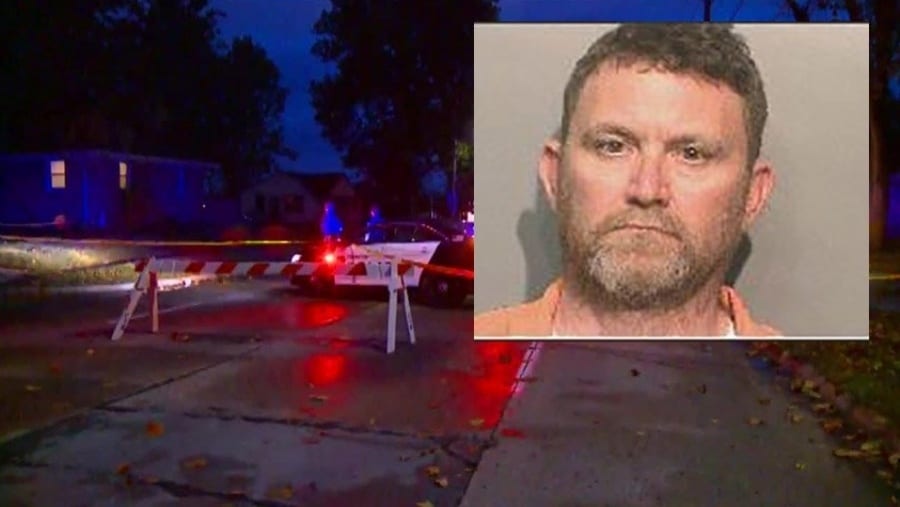 Iowa police have taken a man suspected of killing two officers into custody.

The shootings happened earlier this morning as the officers sat in separate patrol cars around 1 a.m. in the closely situated Iowa cities of Des Moines and Urbandale when Urbandale police were called to reports of gunfire that turned out to be one of their fellow officers. Approximately half an hour later, an officer was found shot in his patrol car in Des Moines, about five minutes away from the first officer.

Urbandale police released a statement saying, “The shootings appear to have been ambush-style attacks.”

The slain officers were identified as Sgt. Anthony Beminio of Des Moines and Officer Justin Martin of Urbandale.

Following the shootings, a manhunt ensued over several hours until the man, Scott Michael Greene, 46, of Urbandale, was apprehended while on foot by law enforcement. He is not under arrest and has not yet been charged with anything.

Police are currently investigating if the shooting is at all connected to a confrontation Greene was involved in at a high school football game two weeks ago. Greene was escorted from the game for waving a Confederate flag while standing in front of “several African American people” during the national anthem, but argued that he was just invoking the First Amendment and should have been allowed to stay.

There’s no indication that Greene knew either of the officers who were killed.

According to the National Law Enforcement Officers Memorial Fund, this year has seen a spike in the number of officers killed while on the job, citing the Dallas and Baton Rouge shootings. When the report was released in July, 14 officers had been killed compared to three through the same time period in 2015.