Twitter was a flurry today and “antichrist” was the top trending topic after President Donald Trump took to Twitter to seemingly endorse the idea that he is “the King of Israel” and “the Second Coming of God.” See for yourself.

….like he’s the King of Israel. They love him like he is the second coming of God…But American Jews don’t know him or like him. They don’t even know what they’re doing or saying anymore. It makes no sense! But that’s OK, if he keeps doing what he’s doing, he’s good for…..

There’s a lot to unpack here but let’s do our best.

Who is Wayne Allyn Root?

Wayne Allyn Root is a columnist for the Las Vegas Review-Journal and one-time vice-presidential candidate for the Libertarian presidential ticket who opened for Trump rally on one occasion. He’s also, and this is the polite way of saying it, a conspiracy nut. He’s promoted views that the Charlottesville march was a false flag operation, the Las Vegas shooter had ISIS ties, Seth Rich was murdered by Democrats and, of course, that President Barack Obama was not born in the United States. He’s also asserted that Obama is a secret Muslim, or secretly gay or just that he wanted to “kill all Americans.”

Why Is he talking about Israel?

The United States’ relationship with Israel has been a hotter topic than usual lately, thanks to a confluence of events like Representatives Ilhan Omar and Rashida Tlaib being banned from the country.

Trump has been warm towards Israeli Prime Minister Benjamin Netanyahu and helped deliver Israel a few major victories in its dispute with Palestine over the Gaza Strip, most notably moving the U.S. embassy to Jerusalem. Moves like this have curried a lot of favor for Trump among the certain pro-Israel factions and Christian Zionists.

This is all a part of the extraordinarily complicated relationship between the Evangelical Right in the United States and Jewish people in Israel. There’s a lot to keep in mind but the overlying theology at play for Christians is dispensationalism, an interpretation of the end times that argues the modern political state of Israel is the fulfillment of God’s promises to the Jews in the Old Testament, and the Jewish people’s return to that land is a sign of the End Times.

Dispensationalism isn’t the only eschatology out there, but it became very popular as the grounding worldview in evangelical pop culture artifacts like The Thief In the Night movies and the Left Behind books, and it’s held by a lot of prominent evangelical leaders and politicians.

This is a big part of why many American Christians vocally oppose Palestinian communities along the West Bank in Israel. In this view, the Jewish occupation of Israel is a divine right. Trump’s broad support of Israel to the exclusion of Palestinians in the region has endeared him to many Christian Zionists.

OK, but why is Trump tweeting Root’s words now?

Trump’s amplification of Root’s praise can probably be traced back to comments he made on Tuesday, in which he said “I think any Jewish people that vote for a Democrat, I think it shows either a total lack of knowledge or great disloyalty.” Numerous Jewish groups accused the President of using an antisemitic trope, saying Jews were being either disloyal to Israel or just being stupid. It’s a version of the same framing that got Representative Ilhan Omar a sharp rebuke from her own party in the House of Representatives.

But now it’s Trump’s turn under the microscope, and Root’s words were probably intended to deflect accusations of antisemitism.

That makes sense but …” second coming of God”?

Because, dear reader, we live in strange and terrifying times in which the “antichrist” mold is flimsy enough that folks can shove just about anything into it. This trend can probably be traced back to 2 Thessalonians 2: 3-4. It reads “Don’t let anyone deceive you in any way, for that day will not come until the rebellion occurs and the man of lawlessness is revealed, the man doomed to destruction. He will oppose and will exalt himself over everything that is called God or is worshiped, so that he sets himself up in God’s temple, proclaiming himself to be God.”

Try to keep up!

Didn’t Trump also say something about being “the chosen one”?

Yeah, but that’s a little off-topic. It appears to be a cheeky reference to the trade war with China, not necessarily part of this conversation about Israel and its, uh, “king.”

“I am the chosen one,” President Trump says in defense of trade war. “Somebody had to do it, so I'm taking on China.” pic.twitter.com/aAFvUe8dOc

Trump isn’t backing down from his belief that Jews who vote Democrat are being “disloyal” and accused a reporter who pushed him on it by saying “it’s only antisemitic in your head.” The Republican party has been hemorrhaging Jewish voters since 2014, when 66 percent of Jews voted for Democrats. In 2018, 79 percent of Jews voted Democrat. Trump’s push to convince American Jews back into the Republican Party is understandable, but his methods may create more problems than solutions. 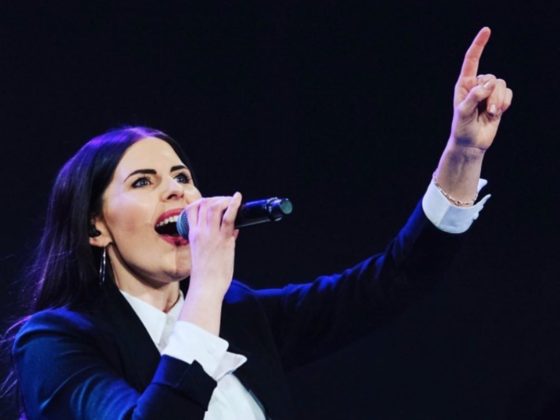 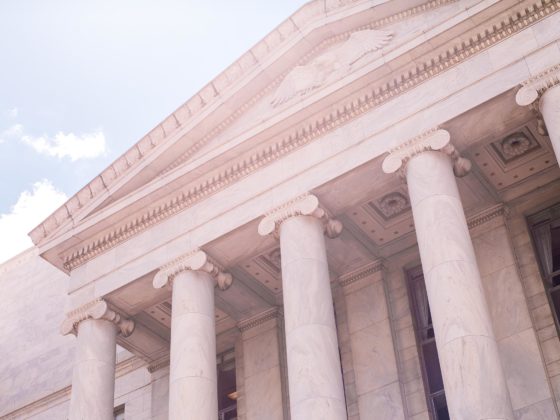