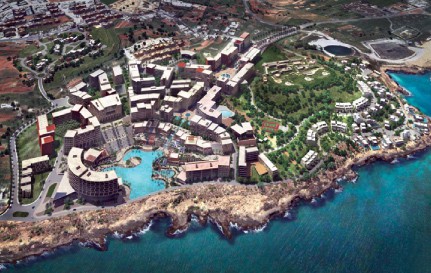 Though cities only make up 2 percent of the world’s land, they use 75 percent of the earth’s natural resources. But what if the energy used and waste produced in a city could be recycled into more energy? Living PlanIT is partnering with Microsoft and Cisco to make this “smart city” a reality in Paredes, Portugal. Dubbed “PlanIT Valley,” plans for the city are based on the systems in a living organism: a “brain” to control everything from its water use to energy consumption, “kidneys” that will collect and reuse rainwater from “green roofs,” and a “stomach”—dishwasher-sized digesters in homes will process food and human waste to create biofuel, which can be burned to generate electricity. While other eco-friendly cities are in the works, PlanIT Valley could be the first fully built—it’s scheduled to be completed by 2015—and residents could start moving in as early as next year. Smart phones, Smart cars, now a smart city—yet we still don’t have hoverboards. Now the inventors of the world are just rubbing it in our faces.

How I Discovered My Soul on a Bike