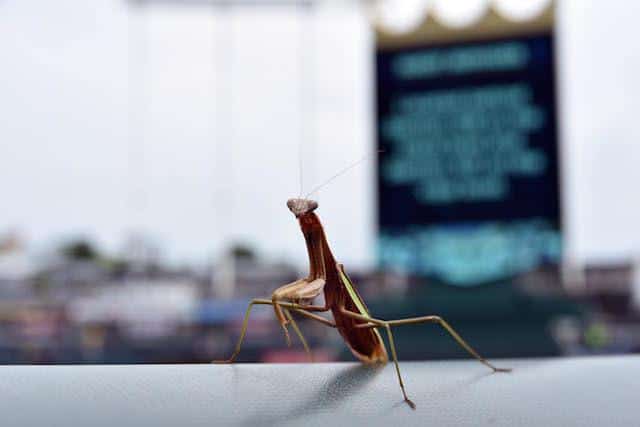 Rally Mantis, the Kansas City Royals’ insect inspiration for the last year, has died, according to the baseball team.

Outfielder Billy Burns found Rally Mantis in a trash can and then Rally appeared on top of Burns’ baseball cap that day. Rally went on to, um, “help” the team win its series against the Blue Jays. In return, Burns cared for Rally and even slept with the bug.

Baseball players are often superstitious, if you weren’t aware.

Unfortunately, Rally Mantis didn’t live long enough to help the Royals make it to the World Series again this year.

Check Out the Crazy Eyes on This Deep-Water Squid