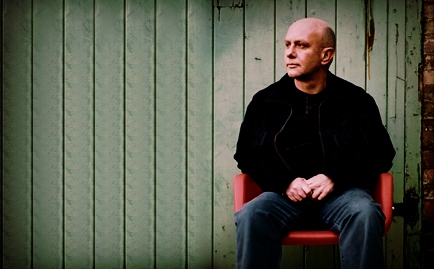 Nick Hornby is primarily known as a novelist (writing such famous book-into-movie works as High Fidelity and About a Boy). But he also occasionally does some screenwriting, and was behind this years Oscar-nominated film An Education. The film was nominated both for its own awards and brought Hornby a nomination (which he eventually lost) for best adapted screenplay.

Hornby recently spoke at a Los Angeles forum of this year’s Oscar-nominated screenwriters, and RELEVANT was there to capture some of the highlights of the in-depth conversation that revealed plenty about how this brilliant writer works.

What made you return to being a screenwriter after so long?

Hornby: I can’t tell you how many times I wanted to write movies more, but that career is very up and down. With novels, it’s much simpler: You write a book, publish a book, and then tour and that’s it. A movie to me, every time you start, is chaos. No matter how big a screenwriter you are, maybe you get paid more but there’s no guarantee your movie will go into production, or if it goes to production that anyone will see it. I finished 2 ½ novels during my time on this movie.

When you write a novel vs. a screenplay, how long does it take for each?

Fever Pitch was very simple and quick, it was my first book but it was a memoir that took 9 or 10 months. Then after that, maybe 18 months to write a novel. I can get a draft of a screenplay done in 8 to 10 weeks. The time with a script is then waiting for people to read it, getting notes for a second draft, writing the second draft. It was the gaps in between that drove me crazy and made me wonder what is the point?

With Fever Pitch, I wasn’t an established writer when the book came out. I said of course I’ll take the money because it keeps me from having to write for a travel magazine. But it’s a real challenge figuring out what works between the page and the screen. Then when High Fidelity got optioned, I felt I put two years into writing this book and now people wanted me to take stuff out for a movie? I couldn’t get excited about it.

I’m interested in the people who want to write my novels into movies, but I just can’t go back there.

An Education was based on an 8-10 page article Lynn Barber wrote on her life. Any writer adapting a story for a film has to fall in love with that story because of the two year commitment that goes into writing it. What was it that drew you to this?

Tonally it was completely up my street because I found it funny and painful, but in someone else’s piece. I was quite excited and told people you’ve got to read this, you’ve got to do something with it. The thoughts she was dealing with were difficult to convince studios of.

I [bought the film rights to] it, then others started to talk about writers, but I just wanted to produce it. But then I started knocking the other potential writers mentioned and realized it was for me. It was something I didn’t know much about—1961 or 62 had more in common with 1945 than now or when I grew up. Britain was an impoverished, gray country then. It was a weird time where the cultural conversation was wide open and that interested me. There was a lot of room to sketch things in because her memoir article was short. There were lots and lots of things I loved about it and I could see it as a movie, so I decided to do it.

Barber’s full memoir wasn’t published until 2009 when you were already finished writing. Did you get to see [an early draft]?

I think this part was chapter two of the book so I didn’t need the rest. Maybe if chapter one had been out earlier I could have used it for her background, but that wasn’t an option.

What’s the difference between writing a novel and writing a screenplay? How many hours a day do you work and what’s the importance of outlining?

I’m a terrible outliner, I can’t do it. But you need them. I think one of the reasons I can’t do it is I get stuck and I get really bored with the process of writing something down that has no literal meaning. Sometimes I’ll scratch something down in a notebook but I don’t need an official thing to keep me on track. I drop my kids off at school and walk 10 minutes to my office. I’m there from 9:15 am to 5:30 or 6 and the amount of writing I do is pathetic. Downloading emails and music seems to take precedence. Quite often by mid-afternoon I’m so sick with self-loathing that I work hard to have something done before I go home.

What do you do about writers’ block, if you ever get it?

I think the older I get the more important it is. I usually have a couple of smaller projects like a column in a music magazine so I’ll switch and get those done to clear my mind and get back to the main task. I’m also writing lyrics with Ben Folds for an album.

(SPOILERS ON AN EDUCATION BELOW)

The relationship in An Education is interesting because it doesn’t really fit the mold set by [the classic novel] Lolita—it isn’t strange and awkward like that level. You took it in a much different direction where things are more balanced and on the level. How’d you decide how to do that?

One of the things that interested me in the memoir is he didn’t seem twisted. If he was just after using her sexually, I don’t think I could write it. I think he saw her as some way of recreating himself and he took this opportunity to start again. A real way in was the cultural stuff, what he was after and all the ways he scammed things.

What do you think he was seeking from her if it wasn’t just a pure sexual level?

I think he wanted a really perfect wife. He did want to marry her, wanted a cultured, beautiful girl. It started there.

How (and How Not) to Bring Christ to Work