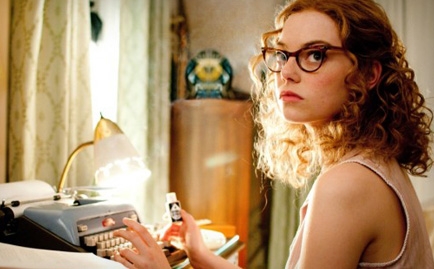 It’s all too rare in the summer movie season to find a major-studio film that centers on people trying to make their world a better place, rather than focusing on mayhem, destruction and the alleged hilarity of bodily functions. But with the new film The Help, Hollywood has done just that, crafting a film that’s worthy of Oscar nominations even as it’s competing in the heat of summer, well ahead of traditional awards-season releases.

Based on a massive best-seller of the same name by Kathryn Stockett, a first-time novelist who based the tale on the civil rights changes of the late ‘60s in her native Mississippi, The Help pulls off a rarely achieved balancing act. The accomplished film by debut writer-director Tate Taylor mixes big laughs with tons of heart but without feeling preachy or condescending.

It also features a cast that’s deep on talent, blending together newer faces like Octavia Spencer and Jessica Chastain (who could easily become household names off this film) with veteran Oscar and Emmy-winning actresses like Sissy Spacek, Alison Janney and Cicely Tyson. But at its core is Emma Stone, who proves her dramatic chops as the young white female reporter who convinces her hometown’s black maids to anonymously reveal the truth about their lives in de facto slavery to rich whites.

When the book is released, the town’s lives are turned upside down—especially that of Hilly (played by Ron Howard’s daughter Bryce Dallas Howard), a loud and proud rich girl who claims to be a Christian while indulging in the worst sort of hypocrisy and outright racism. But The Help is no typical Christian-bashing film, as Stone’s family is shown to be flawed yet faithful. Viola Davis, as the first maid to speak her mind in the book, offers a powerful portrayal of a woman made stronger by her faith in Christ.

RELEVANT was able to sit down with Howard, Stone and Davis, and the all-star cast shared their thoughts on what the film has to say in today’s world.

RELEVANT: Bryce, it was so easy to hate you in this movie. Was it hard channeling such an awful person?

BRYCE DALLAS HOWARD: It was so much fun! There’s so much freedom in playing a character that doesn’t need to be appealing and likable at all. That was something new for me. I originally auditioned for that. On my way to the audition, my mom had just read the book and she said “I love that book.” She asked me who I was auditioning for, and I said Hilly. Then without missing a beat, she said “You’ll be so perfect for that.” That is so wrong that my mother thinks I’d be perfect playing Hilly, but she saw me at 15 and 16 being rude.

Viola, you’d wanted to option the book rights a while back. What appealed to you about it?

VIOLA DAVIS: Because of the number of roles available to black actresses. I wanted to be the savior of my people. I thought there [were] a lot of roles for black actresses. I didn’t know Tate already had the option for a year. Abilene appealed to me, but only if it were written right. All of the characters were right at the cusp where, if not handled right, could have been total stereotypes. I thought, "If it’s written right, I can play this role." So there was this huge stipulation.

What was the key for finding the truth to your character? What was your research process and what was the most surprising thing you learned in this role?

EMMA STONE: Skeeter’s a relatively modern woman with the kind of goals I have in my life: having my own career and not wanting to get married and have kids at 22. I’m 22 now, so I relate. In terms of that time period, she felt a lot different than her peers. But also learning that time period, [I see] how limited my knowledge was. Skeeter also learned a lot in the film. I watched Eyes on the Prize, which I’d never seen, an incredible documentary series, reading about Jim Crow laws and about Mississippi in the 1960s. That dialect alone was huge. When I’m with actors now who are from different countries or have different accents, I ask them how they do that. It’s such an interesting process. You try to get to the point where you’ve got it, and then you have this role and range of emotions on top of it.

Did Skeeter show you a different side of journalism and show that it’s a great thing?

STONE: When I was a kid I wanted to be a journalist, to go to school for it, and that was another reason to play Skeeter. When I was a kid I grew up loving Hunter S. Thompson and Tom Wolfe, it was incredible. We do something that is similar. We read scripts, you interview people and we break them down through an interest in humanity and what makes people think. The psychology of human beings is a big part of both careers, that they’re not so different.

Were there parts of The Help that were tough to get into?

HOWARD: Yeah! The tougher scenes with some of that racist language, you feel sick. I had to get myself into a mindset where I was either completely absorbed in her psychology so I wouldn’t think it was wrong, or I had to be as funny as possible. You don’t go for jokes, of course, in these situations, but you can go for certain behavior in an extreme way. Hilly was so horrible that there was humor in her behavior and I could relax with that, while in the more serious scenes I’d get caught up in her psychology.

You have several scenes where Hilly justifies her behavior through her religion, Christianity. How’d you feel about that, and what did that bring up with you in the other ways that religion is dealt with in the film?

HOWARD: That is something that we talked a lot about—Viola and I—because I felt that while there was some accuracy to why Hilly did that, I hated it. I didn’t want her going down without being called out as a woman using Christianity in this way. Obviously to be religious about it, it’s a sin what she’s doing. It’s a sin, and I want it to be there.

Viola, when you call Hilly “a Godless woman,” how did you feel in that moment, and what did you do to prepare for that moment?

DAVIS: That scene is why Tate and I got into many of our battles. Just to be vulnerable with you for a moment, which I never do with journalists, I feel the quietest character always gets the crappiest end of the stick. The flashiest character always gets the attention. So when you asked me which character I wanted to play, I wanted another, because mine was not in your face. The only way a quiet character can pay off is if they explode. You don’t know what they’re thinking, they’re boiling and there’s got to be a release. It’s got to be something about her character of Hilly that I can strip away. I asked Bryce, who is the sweetest girl: "What could I say that would tear your character apart? What if I called you ‘Godless’?!” And that was it.

This film and Easy A had a commentary about the hypocritical side of Christianity and faith. Can you comment on that, Emma?

STONE: Hypocrisy always interests me. Saying something so strongly and getting hung up on your words always appeals to me, maybe from my upbringing, maybe from things I saw. The times I’ve been hypocritical, that’s human nature and interesting to me.

If you could write a book today, what’s something important you feel needs to change?

STONE: Addiction to notoriety. A culture that’s into too much escapism and needs a voice of truth. There’s a lot of people disturbed by a lot of stuff: racism, sexism.

DAVIS: We have so many things people say you can’t talk about. But with all the -isms, to make things change, we have to remove the filters and talk openly with each other about everything.