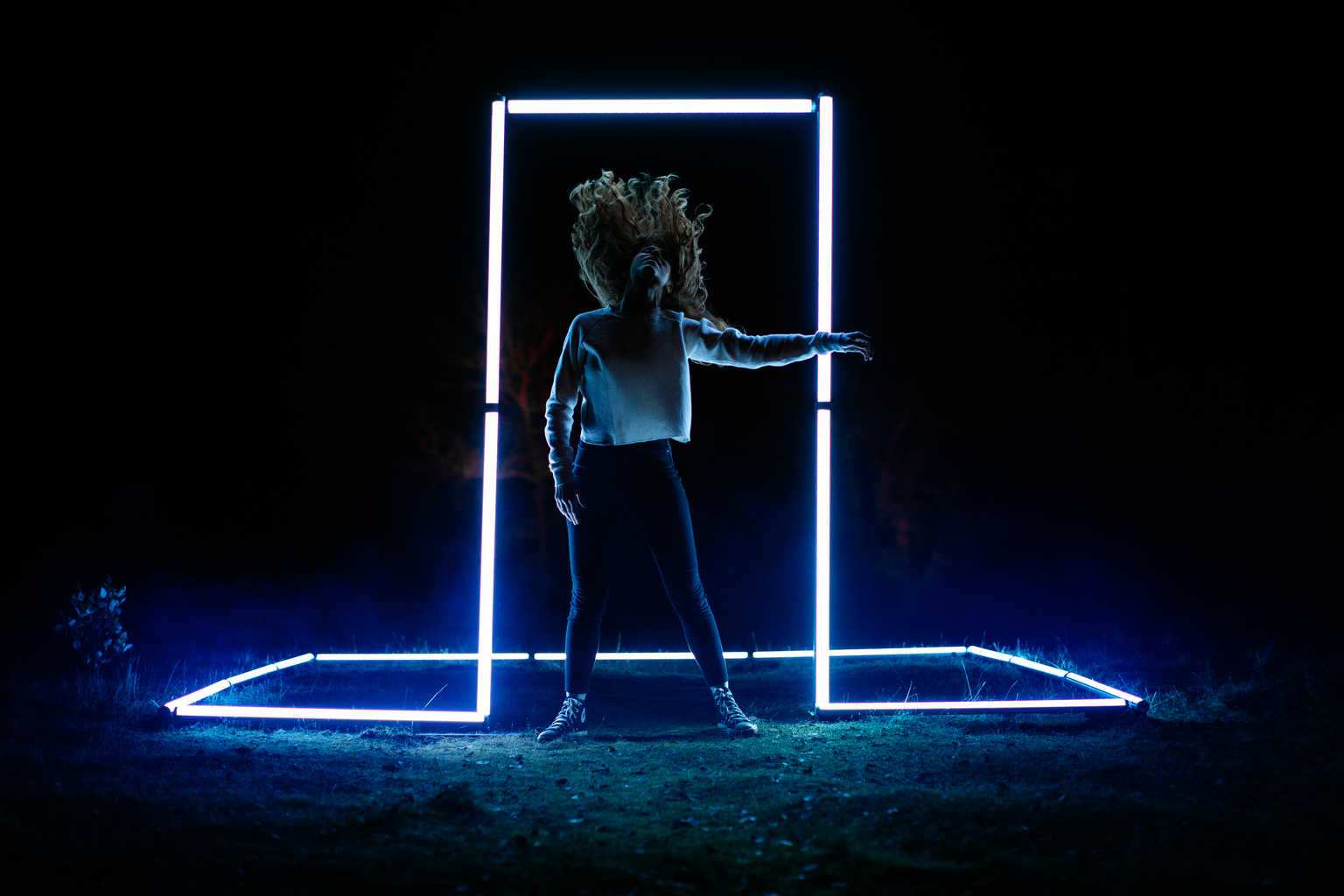 Steffany Gretzinger, part of the Bethel Music Collective, has been paving the way for Christian artists everywhere. Blackout marks Gretzinger’s second solo release with Bethel Music, and has already made its way into the iTunes top ten. Critics are calling the album “a possessing masterwork, a career achievement if she decided for some reason to walk away tomorrow.”

The album is all about an encouraging message, that even when circumstances bend toward chaos, inner light cannot be dimmed. Blackout is raw and personal compared to her debut solo project The Undoing. It’s a worship album for reflection and introspection, rather than singing.

RELEVANT got a chance to chat with Steffany about the album.

RELEVANT: You wrote your first solo project, The Undoing, in 2014 during a season of new life experiences and change. That album talks about the process of life a lot, but how does Blackout differ?

Steffany: In that way, I think they’re the same. In that way, I think I’ll probably say that about every album I’ll ever make for the rest of my life. Maybe it’s just because I feel so called to invite people into the process of life. It’s okay to be honest, it’s the only thing that heals us and influences the world.

I’m such a different person than I was [while making The Undoing]. I kept growing and giving myself over to that process. I think I keep feeling the Lord unravel me in a different way and grow up my insides.

I think this album has a different kind of confidence. A different sort of sass, not in a negative attitude, but in a really strong confidence that God is who He says He is and that He is alive in me, and He is lighting up the whole world and everything is changing.

With [The Undoing], I had the little one in my belly and I was pregnant. It was almost like lullabies. It’s very tender and sweet and perfect for the season I was in. And this one is like the season I’m in now.

Blackout alludes to the in-between moments in life that shape us. Could you talk about your inspiration behind that?

We chose the name Blackout because we’re kind of in one right now. The definition of “blackout” is pretty intense. It’s not just a power outage, it’s about a gag-order or like, things being imposed on us by the government or media, and we’re living in this day where we’re only getting part of the story and we have to know what God’s saying. We chose Blackout because the light shines the brightest in the darkness.

This is when God gets to show his greatness and his strength in us and through us, and He called us to be the light of the world. If we know that the light of God is surrounding us and coming from us, and it’s illuminating all of our shadows and all of our darkness and we have nothing hidden, then we can actually change the world.

It makes me want to cry, because we’ve never needed light like we need it right now. We’ve never needed more clarity. And it’s a challenge first to myself to live this way. If I’m this consumed in the light of God, then there’s no thread of darkness. I don’t actually have to fear any of those things, I just have to walk through them, and let His light in.

You touched on this a bit, but I feel like our country is leaning towards chaos. With the gun violence and all of these things. In spite of all of this and in moments like this, where do you specifically look for the light?

It’s pretty straightforward for me. My eyes and my ears and my heart are constantly saying, God I’m open to see you in places I didn’t think I would find you. I’m asking that You would uncover everything that’s been hiding, that you would help me to see with clarity. Because we all just see in parts, everyone only has a piece of this.

And more and more I’m coming back to who the person of Jesus was. What did He do in the culture He was in? What does Jesus look like in the culture now? What would He do? What would love look like in this place? My heart is open to learn from anyone. I’m wide open to the fact that no one person or one movement has all of the answers or has known everything there is to know about God. My daily prayer is just to keep my heart tender and keep me inside that love.

Could you walk me through your creative process?

I kind of feel like I just live in a big giant song. I would consider myself to be, and I think anyone who’s close to me would tell you, I’m a very grounded person. I’m not flighty by any means when it comes to what I believe, but I do feel like there’s this sense of wonder, almost a holy imagination that I feel has come back to me since I had my little girl. Her name is Wonder and that’s who she is, she inspires wonder. It’s impossible for me not to catch these holy moments when I’m with her.

I think my creative process is catching things throughout the day. If a line flies through my head… if a moment that is sacred comes alive to me, I write it down. I feel called to be a scribe. Life is not ever gonna slow down. I went through a tough thing where I thought I could only write when it hit me and I was moved and everything was magical, but it just doesn’t happen that way. You have to catch it during the day when it doesn’t always feel so fantastic.

Now I’m seeing the Lord and myself and the world around me in a brand new light, because now I’m a mom. In the way I keep growing, and stay inspired, she’s watching how I do all of that. The creativity in me has come to life because she is constantly an imagination. I think that this is actually what it was supposed to be like. It’s all holy, it’s all a part of who he’s made us to be.

When you’re leading worship in front of a crowd, how do you experience God in such a rich and authentic way each time, and how do you draw people in?

When we come onto the stage, it’s not an isolated event. It’s an extension of where I’ve been. It’s the ongoing part of my life, part of the never ending song. My prayer is that I will never outgrow what he has worked inside of me so that it doesn’t become out of balance, and when voices are raised all around me, it never becomes the thing that validates me. The voice coming from inside is the one I care most about. It always just feels like a big family room to me and I’m like, let’s go.

When people listen to Blackout, what are you hoping the takeaway will be?

I think what I want more than anything is for people to be confident in God’s original intent and his original desire for us, the original dream. That we would walk with Him without separation like they did in the garden.

I think that worship has become for us, not for Him. I don’t think He actually needed it. I think it’s for us so that we remember who He is. I think that when we worship we come back into focus and actually fix our gaze on him. We gather so we will remember and we will return to who we were always born to be.

[With this album], I know it’s edgier and some people wouldn’t understand it because it sounds different from worship stuff. I know it’s new for people’s ears but my insides, I’m just exploding with this message.

The album is definitely meant to transcend the “church world,” per say. I know there is a sound that will draw people in and make them feel invited. I feel called to make something that people want to listen to. This is very much for the church, but it’s also for other people. And if it stays in the top 10 for any reason, if it’s for someone who doesn’t know the Lord to pop it open for a minute and let it prophesy in their spirit, that is my answered prayer.