J.J. Abrams is directing films for reboots of both the Star Trek and Star Wars franchises, so it should probably be no surprise that he’s created some crossover visuals. Eagle-eyed viewers have spotted Star Wars’ lovable robot R2-D2 in his latest action epic, Star Trek Into Darkness (which just released on Blu-Ray), and you may actually see more of the droid in future Abrams films. The filmmaker told Yahoo Movies, “R2’s really been in all of the movies I’ve done, really for no other reason than I’m a huge fan, and when I was a kid I realized that R2 was also in

Close Encounters.” Abrams is referencing the fact that filmmaking icon, Steven Spielberg began hiding images of R2-D2 in movies (like 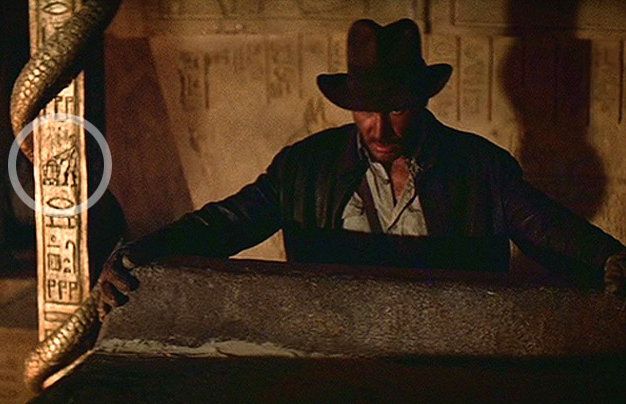 Raiders of the Lost Ark,The Goonies and

Transformers) ever since his own sci-fi breakout, 1977’s hit Close Encounters of the Third Kind. Somewhere, Patton Oswalt is smiling …

Did Van Gogh Paint the TARDIS Into One of His Paintings?