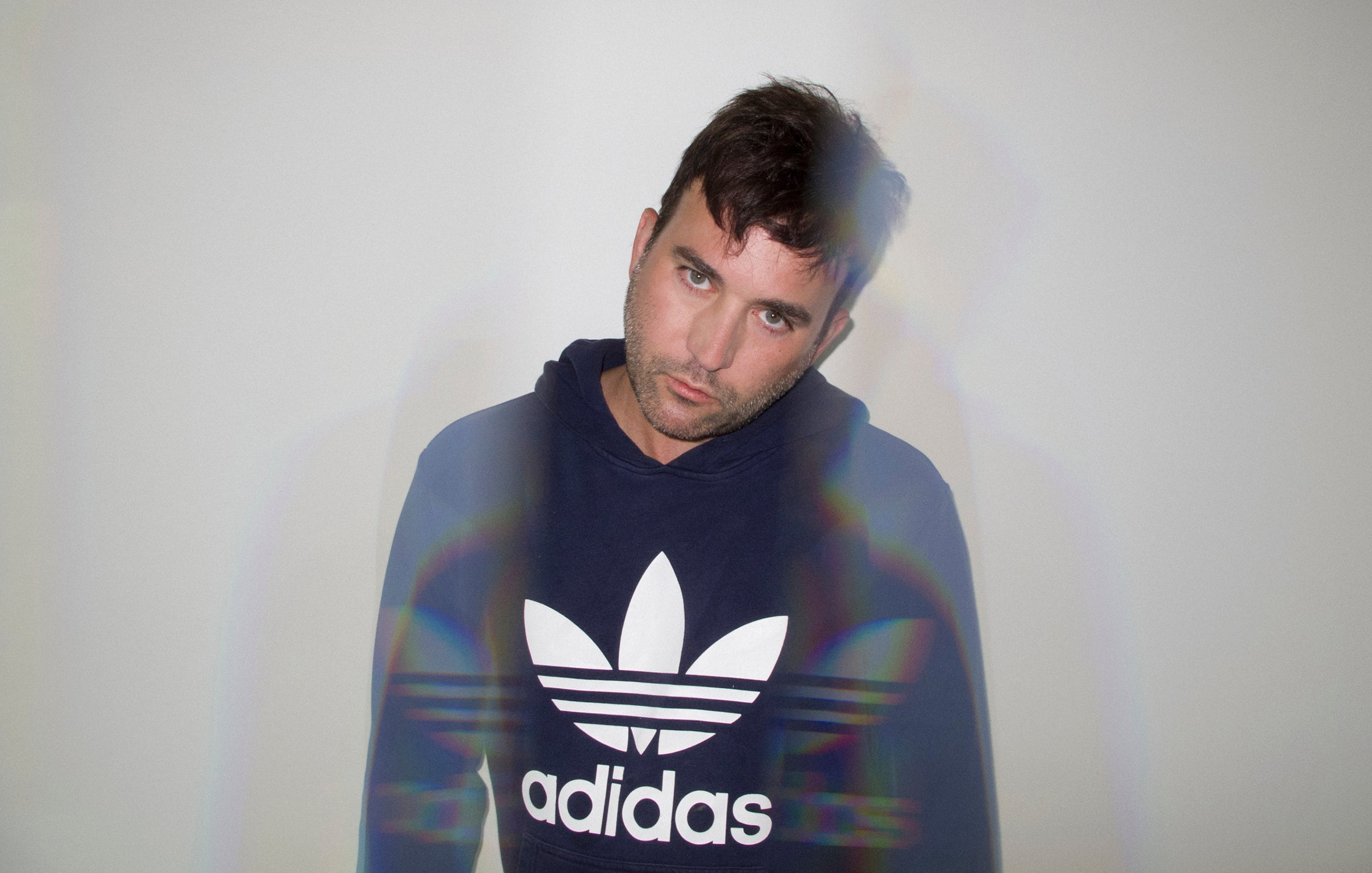 Sufjan Steven’s surprise album release a couple of weeks ago, The Ascension, caused quite a stir among his fans and critics. And it got us thinking where the project landed in Sufjan’s all-time catalog. So, after two weeks of diligent research and debate, we present to you RELEVANT’s Definitive Ranking of Sufjan Stevens’ Albums.

How to even categorize Sufjan Stevens? Musically, his adventurous spirit calls to mind Fiona Apple, even though his influences are as disparate as Philip Glass, Joy Division, Postal Service and Fleetwood Mac. Lyrically, he has very few precursors, with titles that frequently read like photo captions from a history textbook. Thematically, his boots are firmly on American soil even as his head is tilted towards eternity, meditating on just how things got to where they are both at a national level and a personal one.

The vast array of influences makes ranking Stevens’ albums a little tough to rank, but excuses aren’t going to get this ranked. So here we go.

For the purposes of this ranking, we’ll keep it to Stevens’ strictly solo projects, even though he has a number of excellent collaborations, including his Planetarium project with the Dessners. Out of necessity, we’ll also categorize his many Christmas projects into two distinct albums — Songs for Christmas and Silver and Gold. This might upset some purists, but it wouldn’t be a Sufjan ranking if it didn’t play by its own rules.

This was the first sign, in retrospect, that Stevens didn’t feel a need to fit into anyone’s idea of who he was supposed to be. After two albums of neo-folk whimsy he returned with an electronic meditation on the Chinese zodiac. Each of the twelve animals on the calendar get their own sing along with two winking bonus tracks: “The Year of the Asthmatic Kitty”” and “The Year of our Lord.” It’s an interesting experiment that showcased his fastidious hobbyism — something we’d see a lot more of in the future — but is remembered more for its novelty than its quality. It was redone as a series of string compositions called Run Rabbit Run, and makes for some very pretty listening.

Another one of Stevens’ concept albums, this one an ode to the Brooklyn-Queens Expressway. Stevens would later say that he deliberately “refused to incorporate one of my strengths, which is the song. I was relinquishing my greatest weapon.” And you can hear the album strain under the weight of its creator’s self-handicap. Despite that, certain moments soar. “Movement III – Linear Tableau With Intersecting Surprise” is one of the most soothing and, yes, surprising things Stevens has ever made.

It started as a lark — a couple songs thrown onto CDs for friends and family during the holidays. But there’s a reason new artists are encouraged to record a Christmas album. People like them. They’re fun. They’re comforting. And while Christmas songs aren’t always the purview of a rising indie darling, Stevens took to the genre with relish, clearly enjoying the chance to record well-known tunes (and a few originals, some of them quite good) with friends. Delights abound, from the goofball holiday romp “Come On! Let’s Boogey to the Elf Dance!” to the meditative “Lo! How a Rose E’er Blooming,” every shade of Christmas energy gets its due. “Holy, Holy, Holy” may not traditionally be thought of a Christmas song, but Stevens’ cover is one of the loveliest renditions of the hymn you’ll ever here, and “Sister Winter” is up there with Stevens’ best songs, Christmas or otherwise.

Stevens’ first proper album only hinted at what was to come, but what a hint. A nineteen-song cornucopia of everything-but-the-kitchen-sink instrumentation that traversed every topic under its titular orb. A little bit of almost everything that was to come is here. “Rake” wouldn’t sound out of place on Carrie and Lowell while “We Are What You Say” tipped its cap towards the coming Seven Swans era. Some of it felt more vaguely medieval than anything Stevens’ has done since, but all of it showcased his penchant for grandeur.

Stevens’ 2012 Christmas project was a sequel to his much-beloved annual yuletide offerings, most of which could easily slide between Bing Crosby and Mariah Carey on any holiday playlist. Not so with most of Silver and Gold, a deeply weird meditation on the tensions, terror, tragedy and ultimate triumph of Christmastime. It doesn’t all work — some of the noodling folk jams come off pretty half-baked — but at its best, it’s sublime. There’s a new spin on Prince’s “Alphabet St.” and a nearly ten-minute rendition of “Do You Hear What I Hear?” And the masterful 13-minute extravaganza finale “Christmas Unicorn” seems close to Stevens’ magnum opus, shoving all of his complicated thoughts about the birth of Christ and its subsequent commercialization into one enormous blowout that ends on an extended Joy Division cover.

2020 is an interesting year and it lends itself to interesting albums. The Ascension is certainly that, applying Stevens’ pop music sensibilities in stark, sparse fashion, soundtracking Stevens’ attempts to wrap his head around just what in the Sam Hill is going on here. For an artist known for his excesses, The Ascension is notable for its restraint, deploying an adventurous sonic spirit in moderation, mirroring Stevens’ dour mood. Its successes are astonishing, such as the title track, which ranks among his best work.

Age of Adz was a Kid A-level pivot for Stevens, a zig into wildly experimental electronic pop at the zenith of his nu-folk fame. Given its unexpectedness, its initial divisiveness isn’t surprising. But the years have been kind to Age of Adz, which rewards repeated listens with new insights into its collection of songs “in which love and death reign darkly over an imaginative landscape peopled with apparitions, ghosts, orators and space travelers,” as The Independent‘s Andy Gill had it. From its finely tuned “I Want to Be” which nimbly shifts the accent over each word in its chorus to mine new meaning to its 25-plus minute closer “Impossible Soul,” Stevens’ exploded a lot of fans’ notion of him as the 50 States guy, but he did it for the better.

The cover for The Avalanche proclaimed it a collection of “outtakes and extras” from Illinois, but another artist would call this their Greatest Hits. Stevens’ cutting room floor was littered with some of the shiniest jewels in his collection like “The Perpetual Self” or, ‘What Would Saul Alinsky Do?'” and “The Mistress Witch from McClure (or, the Mind That Knows Itself)” — the latter of which opens with one of Stevens’ all-time simplest, prettiest lyrical deliveries: “And the winter moves about Illinois.”

Stevens isn’t so much interested in the past as he is in the way the present has been shaped by the past. He’s a historian with a keen eye on the here and now, and in 2003, the now was a sprawling, no-edit homage to his home state at levels both granular and bird’s eye. Much of what people think of when they think “Sufjan” got its start here, from song titles that wouldn’t fit in a tweet to sure-why-not instrumental flourishes like glockenspiels, oboes and, of course, banjos, so much banjo. But Michigan also represented a leap forward for Stevens lyrically, with the Sunday morning service energy of “Oh God, Where Are You Now? (In Pickerel Lake? Pigeon? Marquette? Mackinaw?)” and the symphonic movements of “All Good Naysayers, Speak Up! Or Forever Hold Your Peace!”, it became clear that Stevens’ introspective interests matched his instrumental curiosity.

Stevens released his All Delighted People EP just ahead of Age of Adz, but is substantive as EPs go — over an hour long, bookended by two lengthy tracks that encapsulate a lot of what people love about Stevens (and a lot of what annoys his detractors). But the middle is full of a collection of (relatively) short, winsome songs that explore Stevens’ career-long obsession with figuring out just what it is we owe to each other. The nature of the project invites the notion that this is a clearing out of old ideas and impulses, but a lot of Stevens’ best ideas seem to be the ones he nearly abandoned. (See also: his beautiful ode to Tonya Harding).

If Michigan dipped its toes into religious expression, Seven Swans was a cannonball into the deep end. While it often sounded like a church campfire sing-a-long, Seven Swans is less cool youth pastor than it is crazed wilderness prophet, full of visions of clapping trees, the transfigured Christ and fiery waterfowl. What Seven Swans lacks in gonzo instrumentation it makes up for in transcendent themes and imagery that still has the power to stun, crafting a stirring collection of acoustic theology that thunders with eternal significance. “To Be Alone With You” buzzes with almost sensual power while “Abraham” and “Sister” shambles from meager beginnings to a frenzied zenith before closing with a few, desperate hushed lines that ache with so much intimacy you’re almost ashamed to listen.

“I don’t know where to begin,” Stevens confesses early on in Carrie & Lowell, setting the plaintive tone for a quietly devastating ode to a deceased mother that doesn’t feel like it was written so much as it emerged unbidden from a well of grief. The melodies on Carrie & Lowell are so effortlessly lovely that you can almost miss the tragedy of the words they carry, in which Stevens reckons with what maternal memories remain — a reflection in a mirror, a forgotten rendezvous at a video rental store — and contemplates his own death with a palpable despair before finding slender solace in “blind faith, God’s grace.” Stevens admits that “we all know how this will end” — a hat tip towards mortality — but Carrie & Lowell is his journey of coming to terms with just what will get him there.

The first track is a hushed, gorgeous chronicle of a close encounter of the second kind and things don’t really let up from there in this decadent portrait of the Prairie State. Virtually no corner is left untouched, as Stevens approaches his subject with an attitude half biographer/half witness. You never quite know what you’re going to get. The shock-and-awe “Come On! Feel the Illinoise!” details the events of the 1893 World’s Fair with a thoroughness that shames the Wikipedia entry, while fan favorite “Chicago” is a meditation on the uncrossable distance of a fading friendship. “One Last ‘Woo-Hoo!’ for the Pullman” is a six-second remembrance of a planned community’s failed attempt to merge labor and capital during the industrial period, while “John Wayne Gacy, Jr.” relates the exploits of one of the nation’s most infamous serial killers, with Stevens’ voice fluttering like a ghost over the grisly details before collapsing into a chilling “oh my god.” “Casmir Pulaski Day” gets bracingly honest about the futile prayers for a friend’s bout with cancer and then there’s “The Predatory Wasp of the Palisades,” which has become something of an Illinois cornerstone — a grand, beautiful ballad tale of young, forbidden love at a Methodist church camp.

Jamie Ivey: Learning How To Be You

A Pro-Life Vision for Justice