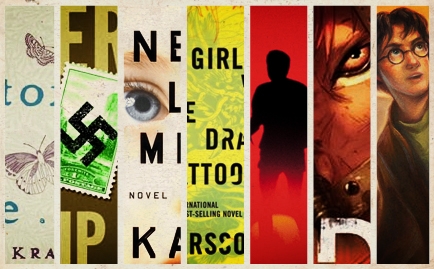 To most, summer is all about taking a break. A break from work, from school, from everything that’s routine about life. But often, the best way of escaping from the ordinary comes not from leaving your normal life behind for some distant location. Instead, a break can come from a work of fiction, expertly crafted and intensely labored over. It’s cliché to say books can transport you to another world, but they can, in a sense. With enough sensory detail, readers can experience places and events they wouldn’t otherwise. Here are 10 recommendations (mostly culled from the last five or so years) for summer reading guaranteed to entertain anyone hungry for an escape from the ordinary.

Kazuo Ishiguro’s 2005 novel tells the story of three boarding school students in England who learn they are destined for a dark and tragic future. Set in an alternate universe, its subject matter is the stuff of science fiction, but readers wary of the genre have nothing to fear—Ishiguro’s focus is on his characters first and foremost, not the science behind the story. Haunting, beautiful and one of the author’s finest novels. Look for the film adaptation later this October, but watch out for spoilers.

The History of Love—Nicole Krauss

An elderly man and a precocious young girl narrate this humorous and melancholy novel about a lost love and the search for the mysterious author behind a book called The History of Love. Readers familiar with Jonathan Safran Foer will notice similarities between this book and Everything Is Illuminated, which may be no accident—Foer and Krauss are married—but whereas Illuminated eventually felt tired and pretentious, History remains fresh throughout and ends with a touching finale that is as bittersweet as it is beautiful.

Though Larsson had originally planned to write 10 novels about crusading journalist Mikael Blomkvist and temperamental hacker Lisbeth Salander, he only finished three before his sudden death in 2004. Nevertheless, the books we have today, the last of which (The Girl Who Kicked the Hornet’s Nest) was published this summer, are some of the most popular and addictive mystery-thrillers in recent memory, with their combination of complex plots and thoroughly developed characters. Nordic authors are extremely popular right now, but none more so than the late Stieg Larsson.

The Pride of Baghdad—Brian K. Vaughan and Niko Henrichon

If you’ve forgotten what Iraq was like in the early days of the U.S. invasion, there might be no better reminder than this graphic novel by author Brian K. Vaughan (the brilliant Y: The Last Man), a former writer for Lost. A loose allegory based on a true story, this tale traces a pride of lions who are freed from Baghdad’s zoo when the United States bombs the Iraqi capital. The pride wanders around the city, trying to find out what their freedom means and how they’re supposed to function in a new world with no rules. It’s a brilliant commentary on a complicated situation, and sublimely tells a story about a confusing time in world history with no politicking.

No Country for Old Men—Cormac McCarthy

Arguably, we have the Coen brothers to thank for catapulting Cormac McCarthy into the limelight with their film adaptation of his 2007 thriller, No Country for Old Men, but for all that was technically proficient about that movie, nothing beats McCarthy’s stark, unadorned prose. The book surpasses the movie for a lot of reasons, but primarily because it offers a measure of closure that Joel and Ethan Coen didn’t bother to provide, but easily could have. In no way is it better than The Road—McCarthy’s masterpiece—but neither is it as heavy.

If the last time you read the conclusion to J.K. Rowling’s best-selling fantasy series was when it first came out, now’s your time to give it another read. The first half of the film adaptation is just around the corner, and while no one could accuse Rowling of being a brilliant stylist, Deathly Hallows was a more than satisfying conclusion to one of the most addictive and entertaining book series of all time. And if this last volume didn’t convince skeptics that God was alive and well at Hogwarts, nothing ever will.

The Plot Against America—Philip Roth

Philip Roth’s 2004 novel is the second book on this list set in an alternate timeline, but whereas Ishiguro focused on the dangers of science, Roth’s concern is with autobiography. In the novel, he "remembers" his childhood during the early ’40s, when famed aviator and Nazi sympathizer Charles Lindbergh beat Franklin Delano Roosevelt in the presidential election of 1940. Roth creates a vivid and subtly terrifying image of what America might have become had an anti-Semite controlled the White House during World War II.

King released The Stand, one of the most popular novels of his career, twice. The first time was in 1978, but this modest version was eclipsed in 1990 when a "director’s cut" was released that brought the book’s total length to more than 1,000 pages. Epic and rambling, this post-apocalyptic fantasy nevertheless proves that the prolific author is capable of writing about more than blood, guts and scary clowns—in the book’s introduction, King unabashedly calls The Stand "a long tale of dark Christianity."

Larry McMurtry originally wrote Lonesome Dove as a screenplay for a film that was to star James Stewart and John Wayne, but 10 years after the project fell through, he turned this story of two retired Texas Rangers on a cattle drive from Texas to Montana into a novel that won him the Pulitzer Prize in 1985. It’s since become one of the most famous westerns of all time, thanks largely to the television miniseries featuring Tommy Lee Jones and Robert Duvall, but as is usually the case, the book is 10 times better.

Buechner (pronounced Beek-ner) published this short novel, about a Catholic hermit remembering his transformation from pirate to penitent Christian, in 1981 and received a Pulitzer nomination for his efforts. It’s under 200 pages, but don’t let its brevity fool you—Godric is as emotionally complex and moving as any epic novel, and it’s proof that religious fiction doesn’t have to be preachy to be good. Buechner, an ordained Presbyterian minister, is a terrific novelist, and his sermons are just as engaging.

Andrew Welch lives and writes in Roanoke,TX, and is a member of the National Book Critics Circle.

The Process of Morphing

For Once, Oily Hair Is a Good Thing