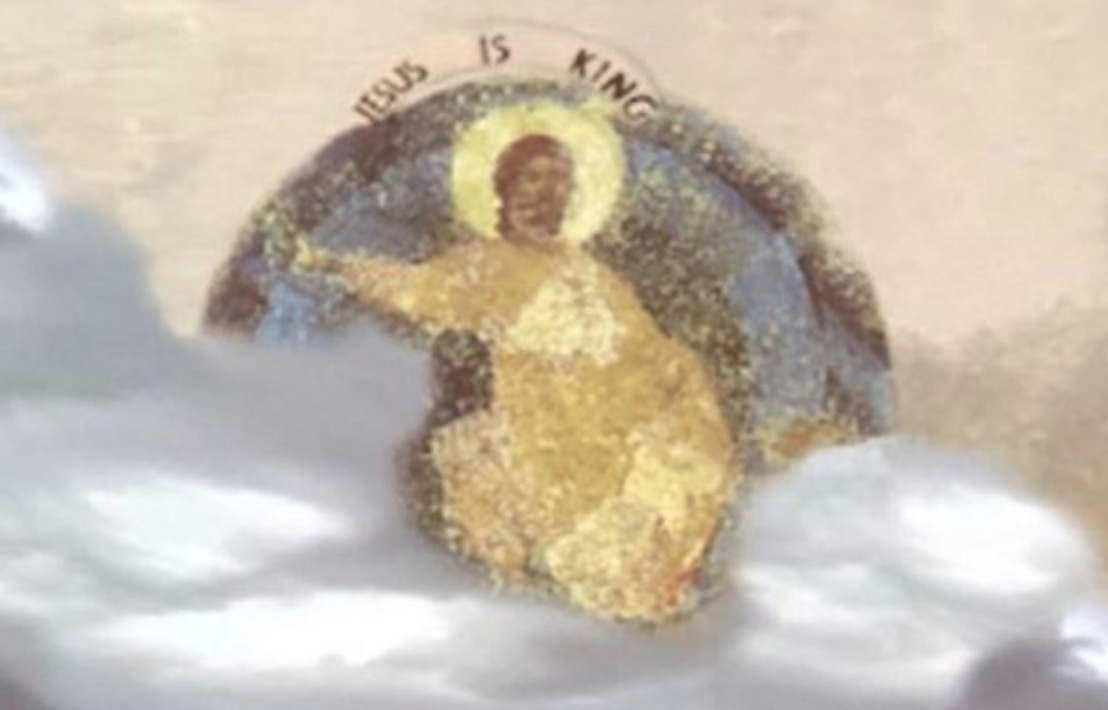 Despite some rumors that Kanye West would be releasing his new album titled Jesus Is King over the weekend, Sunday has come and gone, and there’s still no word on when it will actually drop.

However, some fans have heard a version of the new project. Last night, he hosted an event called Jesus Is King: A Kanye West Experience in New York, where he reportedly played an incomplete version of the album. According to Rolling Stone, who had writers at the event,  “The main subject matter is firmly rooted in Christianity. Parts of the ‘Lord’s Prayer; will show up in a chorus, or West will use the name ‘Jesus’ as the first word of every bar of a verse.”

He also unveiled what might be the cover art:

On Friday night at a similar show in Detroit, West reportedly told fans that he is no longer making “secular” music and his new album is reportedly free from profanity.

And, even though it’s still unclear when the actual album releases, we do have the release date of a documentary that follows Kanye as he leads a Sunday Service and performs songs from the album at an art installation in Arizona.

The film is reportedly headed to IMAX theaters on Oct. 25. It’s called, you guessed it, Jesus Is King.

Here’s a Rock ’n Roll Look at the ‘Kingsman’ Prequel, ‘The King’s Man’

Why Is the Church Losing White Working Class Americans?