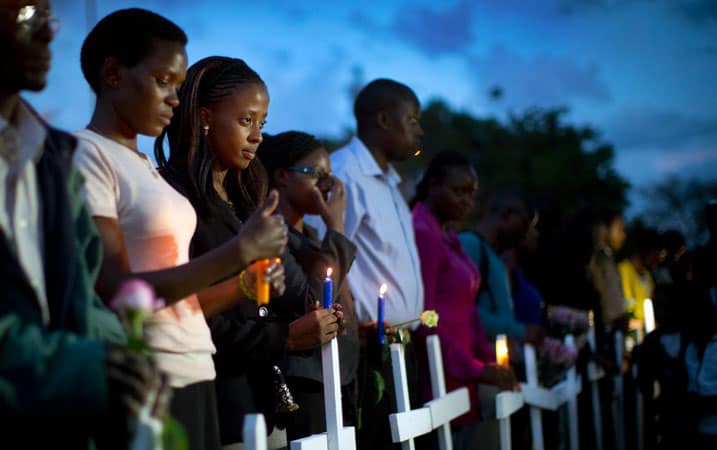 According to a shocking new report from Crux—the Sunday religion magazine published by the Boston Globe—a Christian is martyred every hour every day. To date, the magazine has published 13 deeply researched stories about Christians who have been killed because of their faith. In a piece published in December, John L. Allen speaks about what he calls the new martyrs of Latin America and how Christians in Colombia and El Salvador are at a high risk of being killed. In fact, the deaths are so common that few journalists bother reporting these deaths anymore. Allen writes:

When two Colombian women, a mother and a grandmother, were shot to death within a month of one another in early 2013, there was tragically little on the surface to make their deaths remarkable. They became merely the latest casualties of a decades-long civil war that’s left 220,000 people dead.

Yet, on closer examination, the lives and deaths of Alba Mery Chilito Peñafiel and Alicia Castilla not only illustrate the carnage their country has endured, but also one of its least-understood aspects: Despite belonging to an overwhelming statistical majority, Christians in Colombia who stand up to the violence are remarkably at risk. They face danger not for their religious beliefs, but for preaching against the drug trade and the killing in ways that infuriate both gangs and paramilitaries of left and right.

Globally, the two women are chapters in one of the most widespread human rights scourges of the early 21st century, which is lethal anti-Christian persecution. Though estimates vary widely, even low-end counts suggest that one Christian is killed for motives related to the faith somewhere in the world every hour of every day.

Though El Salvador has the highest accounts of homicide per capita globally, these killings aren’t limited to Latin America. Allen and others publish articles about the impossible situations in the Central African Republic and Somalia, ongoing persecution in Asia, Hindu militants in India and Boko Haram in Nigeria. In these pieces are story after story of Christians who go to church in the morning and don’t know if they will make it back home alive.

Why I’m Not ‘Desperate for God’

‘The Revenant’ Is Aiming for All of the Oscars