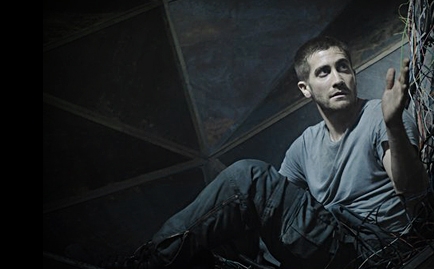 Greetings, readers, my name is Chaz D., and in my new column "Hollywood Beatz," I’ll be letting you know about the latest flicks coming to a theater in your ‘hood. You may have noticed the “z” at the end of “Beat” (in the title of my column). That’s because I speak your language. Sure, I’ve been accused of being a little “too cool for school” and at times “edgy” and “extreme.” Guilty as charged! I’m not your mama’s movie reviewer, that’s for sure! Let’s just say I once had my ear pierced, and I’ve been known to bleach my hair. I don’t wear neckties, and own over two dozen bowling shirts. I’ve even been called the “Guy Fieri of Christian Movie Reviews.” But you know what? That doesn’t disqualify me from giving you the latest rundown on family-friendly flicks.

Here’s a little explanation of how I grade movies.

– First is the Family-O-Meter. This is a one-to-10 scale of the quality of the film for family entertainment (10 is Fireproof, 1 is anything having to do with Harry Potter).

– Second is the “Peace-Out Clock.” This is how long into the movie a made it before having to walk out of the theater.

– Third is the “Action Step.” This is where I tell you how to get involved in your community, based on the movie.

Coming out this week …

Don’t be fooled by the cute bunny with a funny British accent, the handsome actor and the slick animation. Lurking behind the flashy exterior is a sinister attack on the Easter holiday. The “plot” of the film (if you can even call it that—I call it a battle plan by the anti-Easter agenda) revolves around a bunny who is next in line to be the actual Easter bunny. That’s right; they actually want children to believe the Easter bunny is real. In one particularly shocking scene, the bunny defecates jellybeans. You read that right: he defecates jellybeans. I’d like to be able to tell you that this film had a happy ending, but to be honest, I don’t know how it ended, because I walked out during the jellybean scene.

Action Steps: This film is nothing less than an assault on Easter. I suggest that my readers take part in a letter-writing campaign to convince your city’s mayor to step in and prevent this heinous anti-family filth from being played anywhere in town. To make it easy to participate, I’ve drafted this sample letter for you to use:

My name is brother/sister [your name here], and I am writing to inform you that our fair city is under attack by the dark forces of Hollywood in the form of a disturbing new film called Hop. Sir/Ma’am, these hippies out in California are attempting to brainwash our children with a sickening message that there is actually an Easter bunny in a disgusting film littered with dirty jokes and British accents. If you do not exercise your power to have this film removed from our local cinemas, I will be forced to boycott all municipal services, including use of the library, recreation center and planetarium. Thank You.

It’s no secret that I’m no Jake Gyllenhaal fan (let’s just say his past movie rolls haven’t been my “cup of tea”), but I went into Source Code with an open mind. Unfortunately, Mr. Gyllenhaal disappointed me again. This is the point in the review when I usually give a summary of the plot, but to be honest, this film was so confusing that I had no idea what in the world was going on (plus, I walked out just over 20 minutes in). There was something to do with a train and some explosions and a time a machine. Needless to say, I do not recommend this movie. If you’re looking for a great action flick, I suggest renting The Omega Code.

Trailer: ‘Lightyear’ Is Ready to Show Us What Actually Lies Beyond Infinity

Action Step: For this film, I suggest a good ol’ fashioned protest. Bring picket signs, a few megaphones and several stacks of fliers warning the public of the dangers of seeing a Jake Gyllenhaal movie.

I typically don’t even see R-rated movies, but I am a huge Matthew McConaughey fan, so when I heard about his new film, The Lincoln Lawyer, I decided to make an exception. McConaughey is easily the most talented actor of his generation, and despite some raunchy humor by Terry Bradshaw, McConaughey managed to make Failure to Launch one of the best films of the last decade. In The Lincoln Lawyer, McConaughey applies his magic touch once again, playing a lawyer who operates out of the back of a Lincoln Towncar (did I mention the movie also has a clever title?!). I did walk out of the movie with just less than five minutes to go, but the reason was I just didn’t want it to end.

Chaz D. is a film critic who personally owns more than 47 DVDs (not including seasons 1-3 of Smallville). His film reviews have appeared on several GeoCities blogs, the North First Baptist East Carolina Church of West Heights bulletin and recently a Tumblr feed.