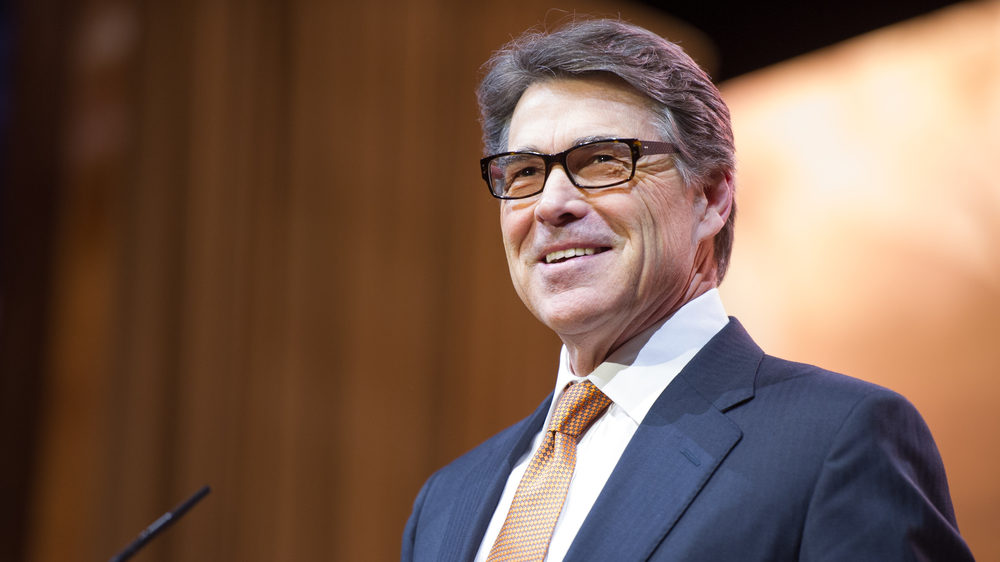 On Sunday, U.S. Secretary of Energy Rick Perry went on Fox & Friends to defend himself against accusations that he was aware of the allegations of quid pro quo with Ukranian politicians. He also explained his belief that President Donald Trump was divinely chosen by God, referring to him as “the chosen one.”

“Mr. President …you said you were the Chosen One. And you were,” Perry related. “If you’re a believing Christian you understand God’s plan for the people who rule and judge over us on this planet in our government.”

“Donald Trump’s not perfect,” he continued. But he said he believes that he and other Christians in the Cabinet have “been able to make a difference in his life.”

“I hope I’ve been a bit of a minister, if you will. A person who’s been able to share my faith with the president.”

Perry said he further explained to Trump that, “‘You didn’t get here without God’s blessing,'” suggesting he read the pamphlet on the Old Testament kings. “And I said, ‘I just need you. I want you to look at this. I want you to read it. I want you to, you know, absorb that you are here at this chosen time because God ordained it.'”

Perry says he also told Trump, “‘Don’t get confused here, sir. This is not a reflection that you’re perfect, but that God’s using you. And he uses all of us that way.'”

“Barack Obama didn’t get to be the president of the United States without being ordained by God,” Perry noted. “Neither did Donald Trump.”

It’s quite a shift for Perry who, in the past, referred to Trump as a “barking carnival act,” a “toxic mix of demagoguery, mean-spiritedness and nonsense,” “a cancer on conservatism,” and “the modern-day incarnation of the know-nothing movement.”

Trump referred to himself as “the chosen one” a few months ago in a conversation with reporters about escalating his trade war with China. He later said that he was being “sarcastic.”

Fox & Friends host Pete Hegseth reacted to Perry’s interview by saying “God has used imperfect people forever, but what [Trump] has withstood is unlike what any other mortal could understand.”

Faith Groups Are Preparing to Sue the Trump Administration Over Refugees

The Good, Bad and Ugly of Thanksgiving