When Paul broke up with me, I gave him back everything he’d ever gifted to me and told him to walk across campus and go home.

We were in college, and he was befuddled as to how he might accomplish this feat of lugging a record player, a stack of vinyls, a mason jar, a buckeye (I have no idea why I needed to return this), and a mix of other devastatingly sentimental items, but I told him to leave, since he’d already decided that’s what he wanted to do anyways. He’d figure it out. He had arms and legs and feet and hands. Get out. Go. Away.

And yet there was this part of me that thought the next day he might be outside my window. Tossing rocks or sticks or buckeyes up and singing lines from Boyz 2 Men or Peter Gabriel or maybe just howling apologies up at me, doubled over with the regret of his own mistakes in the pouring rain after building me a house. (He never did this.) Or maybe, I thought—months down the road—I’ll come home from class one day and he’ll be waiting outside my door with his confessions and we’d smooch our faces off and he’d propose. (He never did this.) Or maybe he’d call me years later and we’d reconnect over coffee and he’d ask me to marry him because, gosh, I was the best thing that’d ever happened to him and he’d been miserable ever since. (This never happened.)

I realized much, much later that part of my epic disappointment and perpetual heartbreak about the Paul saga was due to my naiveté and the fact that I was never going to marry Paul, but also to something far more frustrating and pathetic: the astonishing number of romantic comedies I had seen. They confused me. They blinded me. They unnerved me. Ultimately, they misled me. These fictionalized, grandiose tales weren’t real, and my tiny human brain couldn’t—and still can’t always—process the difference between truth and well, Hollywood.

Because Christians think of this truth differently, every form of culture that we ingest is processed through a distinct filter. So, when we read books and stories and most aggravatingly, watch movies, we are affected differently. Particularly when these movies are about love.

Movies have this way of making us believe that this is the way that life is. It happened on screen—why not in our lives? He came back for her in a movie, why wouldn’t he come back for us in real life? She forgave him in a movie, couldn’t a grand romantic gesture from us warrant the same bursting forth of charity? There’s a moment of fleeting inspiration, and then the feeling of insufficiency starts to creep up into our sternum. This is the lure of the romantic comedy—the genre that fuels confusion, distorted expectations and disappointment.

This is the feeling I got while The Five Year Engagement earlier this week on Pay Per View (I owe you 5 dollars, roommate), the movie ended and I felt utterly empty. It’s a cheap, toothless comedy about a couple whose wedding continues to get postponed for myriad reasons. Hijinks ensue. Some of the reasons are small. Some of them are significant. When it’s all over, it ends happily for a couple who would clearly have never have made it out of the gates in real life.

The Five Year Engagement presented love in a way most movies present love. If the feelings are there, they will triumph over everything: Circumstances, mistakes, brokenness and even (especially) reality.

And I started to wonder why my frustration with this movie was so overwhelming. That’s when it hit me: as Christians, we see the world differently.

We feel fear differently. We feel the pain of ourselves and each other differently. And, most importantly, we truly do view love differently. While we know that having God in a relationship will not instantaneously make someone romantically ideal, we know that things are fundamentally different for two people who follow Christ. There are different expectations. Conflict, forgiveness, celebration, priorities, sex—everything has a different filter on it.

And we know that the proposal isn’t the end of the story but more likely the beginning.

Perhaps it’s this absence of God that leaves us unsatisfied with movies sometimes, because the expectations on the screen and in our lives are in such opposition. When a relationship gets really messed up, we know that some grandiose gesture like showing up from across the country, or standing outside a window with a boombox, or chasing someone down a traffic-filled bridge in a cab isn’t going to make it better. A grand gesture provides an exciting climax for a movie and it might make us want to live out romance every second of the day, but it’s not real—it’s not the ultimate band-aid for a broken relationship or a mistake, it’s hardly even the starting point for forgiveness.

The starting point is God shaping the hearts of ourselves and the people important to us. God cleans the mess of our broken and confused hearts. God brings the leading man to his knees in repentance. And, frankly, it usually takes more than Peter Gabriel’s “In Your Eyes,” playing outside someone’s balcony for that kind of healing.

People don’t always just show up. They don’t realize their wrongs or recognize their shortcomings. They don’t even necessarily apologize. But when we let movies define our romantic expectations, we suddenly find ourselves hoping that the boy who broke our hearts will pull into the driveway. That the girl who stomped on our affections will call us up one afternoon and everything will be sparkling and new and different. That how we feel will be enough. That the betrayal we committed will disappear and suddenly we’ll be opening our arms and hearts and next thing we know, we’ll be happily married.

If we’re not mindful about what we’re watching, these movies convince us that if the main duo can just find their way into each other’s arms, everything will be perfect. If they could just get together, it will all be fixed. That finally falling in love trumps everything that might come afterwards. The credits can roll now, because their lives are presumably perfect. You don’t even need to see the rest of their lives.

It’s this mentality that thwarts so many of our expectations, relationships and lives. When I watch movies like this, for a few hours I tend to forget that God exists—that he has made me us different than this. Better than this. And that we have been created to write a different story.

New “Looney Tunes” Movie Coming From the Creator of “Marcell: The Shell With Shoes On” 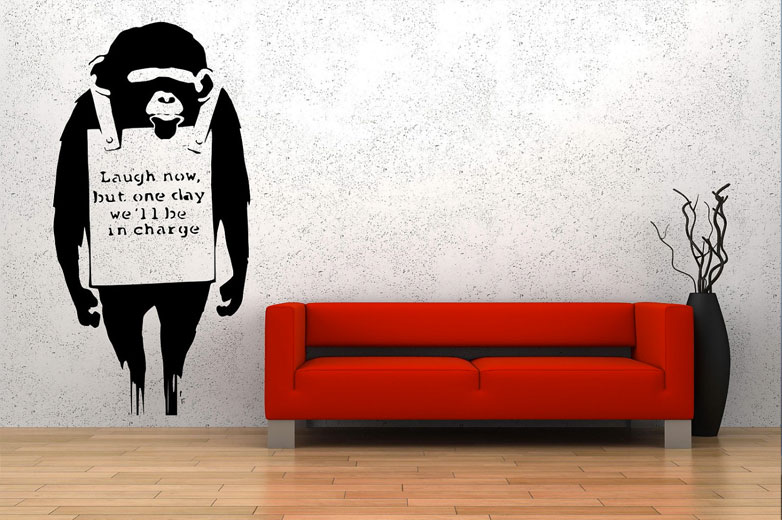 Anarchistic Art From the Comfort of Your Own Home