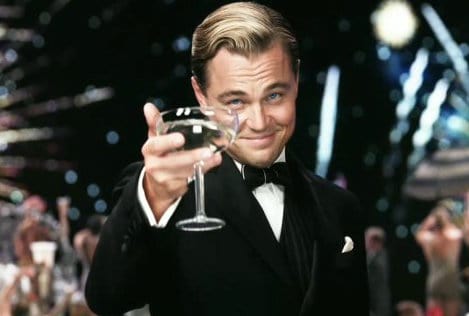 It may be cold in Siberia, but the people’s hearts are warm with burning passion for Leonardo DiCaprio. Russians in far northeastern Yakutia are gathering their gold and silver in order to melt it down into an Oscar silhouette for the actor. The “Oscar for Leo” project is headed up by a woman named Tatyana Yegorova, who recently told Russia’s TASS news agency that after she and other longtime fans saw The Revenant, they decided it was high time DiCaprio was awarded an Oscar. The Yakutia version of the Oscar statue will vary slightly from they official statue. Instead of grasping a sword, he will be holding a Choron, the traditional three-legged goblet “symbolizing peace and expressing the people’s love for the actor.” And the Oscar figure’s head will look toward the sky because, according to Yegovora, “when a person looks at the sky, the stars, only then does he realize his true purpose and become a part of nature,” which is a sentiment that is more beautiful than the shiny little statue itself. Over 100 fans have donated to the cause so far, and even though they don’t know how they will get the statue to Leo yet, they’re hopeful that they will find a way.

Season 1 of ‘Serial’ Is Sort of Back