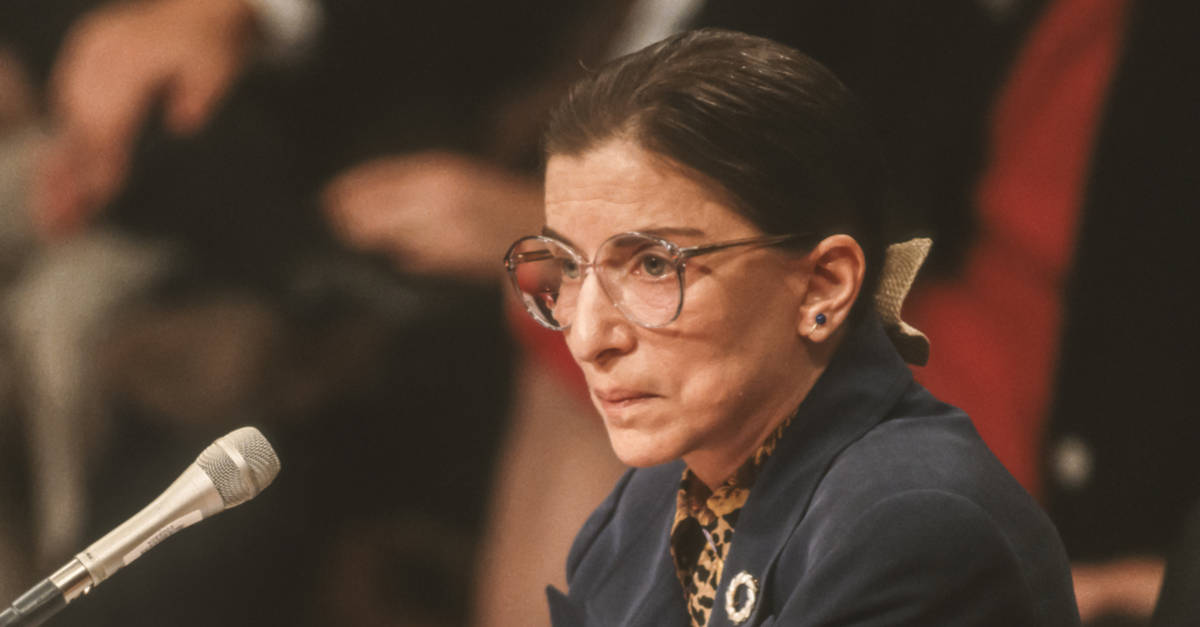 “It’s about time,” Ginsburg told Totenberg. “For so long, women were silent, thinking there was nothing you could do about it, but now the law is on the side of women, or men, who encounter harassment, and that’s a good thing. When I see women appearing every place in numbers, I’m less worried about a backlash than I might have been 20 years ago.”

Ginsburg went on to share some of her personal experiences with inappropriate male behavior. She said while she was a student at Cornell, a chemistry professor had given her an advance copy of an exam after she had asked for help with his class. She noted, “I knew exactly what he wanted in return. I went to his office and said ‘How dare you?’ And that was the end of that.”

The 84-year-old wasn’t done. She talked about trying to be hired as a law clerk, but the judge balked at her because of her gender and motherhood. The professor who had recommended her had to tell the judge that if Ginsburg wasn’t hired, he would never refer another student to work with him.

You can watch the full interview with Ginsburg and Totenberg here. They also talked Title VII, parenting and being portrayed on Saturday Night Live.