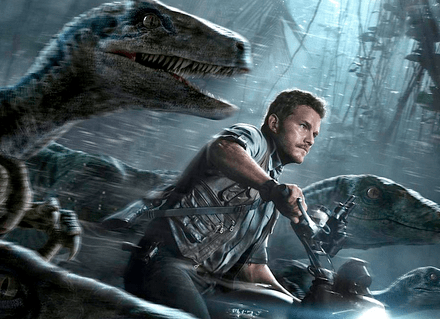 We haven’t seen the last of Chris Pratt, dino-hunter. After the reboot of the sci-fi- dinosaur action franchise took in $1.5 billion in global box office recipes, Universal has greenlit a follow-up that will star both Pratt and Bryce Dallas Howard. Considering the events of Jurassic World, what is a sequel going to look like? In a previous interview with Wired, director Colin Trevorrow dropped a few clues:

[It will not be] just a bunch of dinosaurs chasing people on an island … What if this went open source? It’s almost like InGen is Mac, but what if PC gets their hands on it? What if there are 15 different entities around the world who can make a dinosaur?

Hybrid dino-beast from rival tech companies battling it out around the world? Sounds like a good time. The sequel hits theaters in the summer of 2018.

The 7 Most Moving Podcast Episodes Ever Created

You Can Help Make This Condiment-Dispensing Eating Utensil a Reality