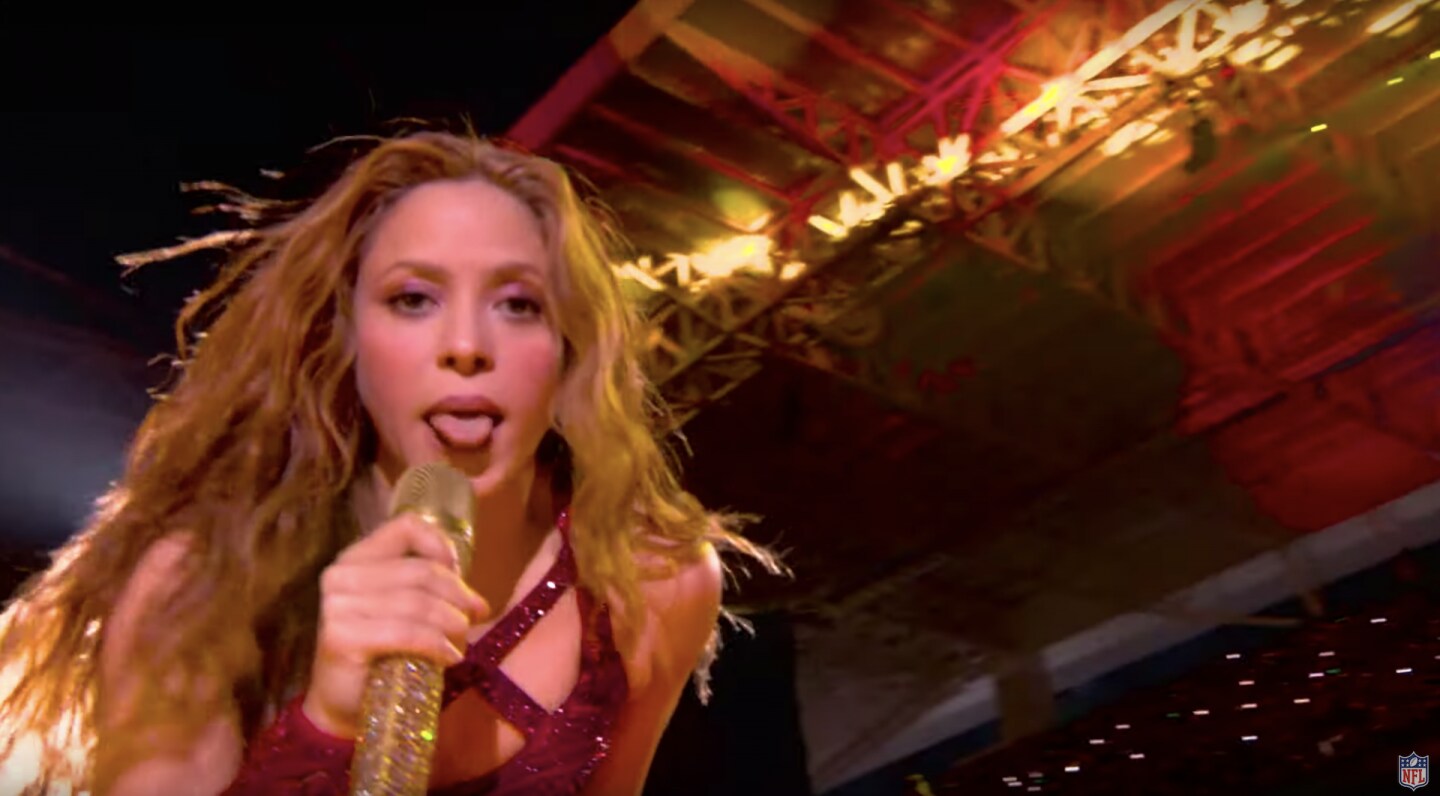 New Video Shows Trump Goofing Off During the National Anthem

Shakira and Jennifer Lopez’s Super Bowl Halftime Show was a dizzying spectacle of Latina culture, featuring a 43-year-old and 50-year-old woman engaging in feats of athletic prowess every bit as harrowing as any of the actual football. One of the perks of having such widely broadcast celebrations of other cultures is the teachable moments they can provide.

For example, social media collapsed on itself about halfway through Shakira’s performance, when she looked into the camera during “Hips Don’t Lie” and flicked her tongue for about 5 seconds. The moment provided lots of joke fodder and a few head scratches, but it’s actually a traditional Arabic celebration chant known as a zaghrouta.

Shakira’s father is Lebanese and her performance — her whole career, in fact — is dotted with tributes to her multi-cultural heritage. In this case, the zaghrouta is a celebratory cheer common in Syria, Jordan, Lebanon and beyond. Hatem Bazian, a senior lecturer in Near Eastern and ethnic studies at the University of California at Berkeley, told The Washington Post that a close english approximation might be something like “yee-haw”.

Quarantine Can Turn You Into a Social Media Addict. Don’t Let It.

The whole Halftime Show rocketed through Shakira and Lopez’s hits at breakneck speed, featuring memorable moments like J.Lo draped in a Puerto Rican flag while her daughter Emme sang “Born in the U.S.A”, Shakira taking over the drums and what looked like a full-on army of dancers.

Taylor Swift on Politicians Co-opting Faith: ‘I’m a Christian. That’s Not What We Stand For’

Did the Academy Just Tweet Out Its Own Oscar Predictions?