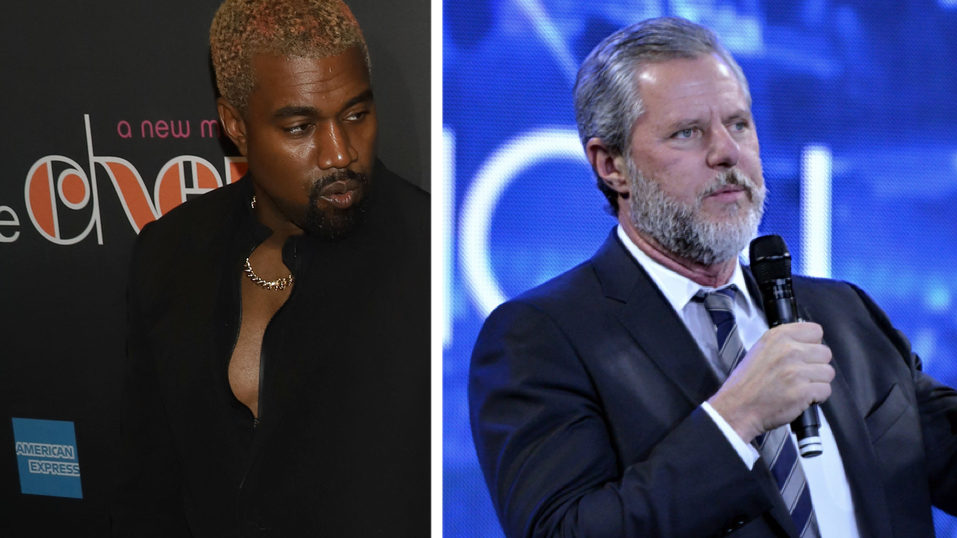 You hear a lot of people talk about how divisive 2019 has been and, it’s true, the political, social and cultural discourse has led to some sharp disagreements. But it’s also made for some strange bedfellows. Paula White and Franklin Graham, to take one example. Justin Bieber and Biola University President Barry Corney, for another. But Kanye West’s hard pivot to Gospel music has made for a lot of these surprising twists, but none stranger than the one Liberty University President Jerry Falwell Jr. claims to have cultivated.

According to Slate Magazine‘s Ruth Graham, Falwell told her that Yeezy called him “out of the blue” in September to discuss holding some sort of church service at Liberty — most likely one of his famed Sunday Services.

Falwell, of course, is more famous these days for his steadfast support of President Donald Trump and assorted allegations of shady goings-on than his professional career, but he is still the president of the country’s largest Christian university.

Kanye has a more complicated relationship with Trump. He infamously started wearing a red MAGA cap and sat down with the President in the Oval Office, but has also claimed that his ostensible support of Trump was a “practical joke” (lol?) so who knows what’s going on there. His wife, Kim Kardashian, has merited a lot of praise for petitioning Trump for prison reform.

Whatever their political leanings, Kanye is pretty unabashedly Christian these days, what with the release of Jesus Is King and all, and Falwell says the two have “struck up a little friendship.”

The actual service didn’t end up happening — Graham says Kim vetoed it on account of the logistics — but Falwell says Kanye also talked about his desire to aid relief efforts for Bahamians affected by Hurricane Dorian. Falwell said he discouraged Ye’s plans but connected him with Franklin Graham, whose massive relief organization Samaritan’s Purse was already in the area. “Franklin gave him a lot of good advice,” Falwell said. “[Kanye’s] got a good heart.”

God Uses Your Suffering for Your Good—And Others’