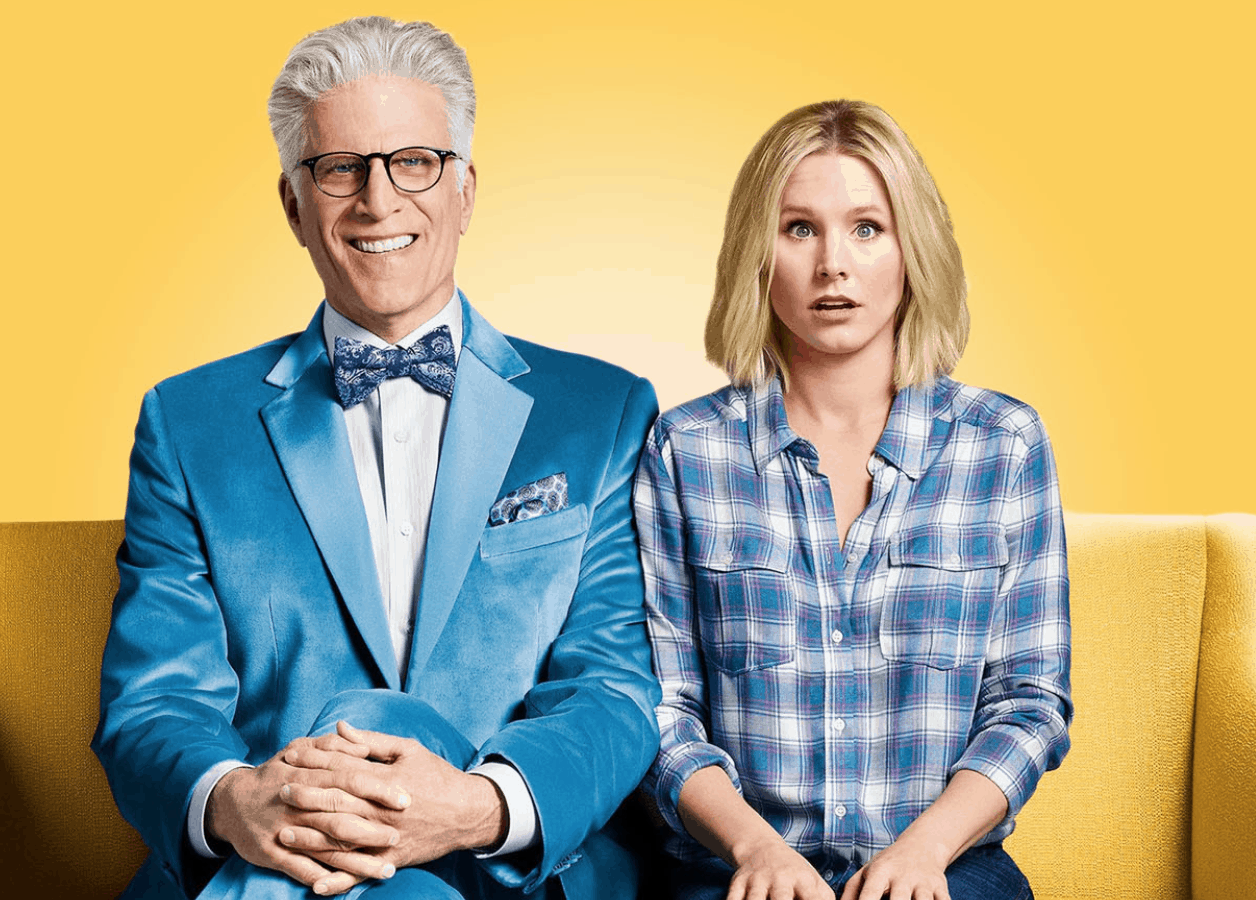 On the surface, their storylines don’t seem to have much in common. But, in a flashback, when Bell is remembering her time on earth, she is seen reading a trashy tabloid magazine at a grocery store.

On the back of that magazine there is an ad for a fragrance—a fragrance from Dennis Feinstein, the evil Pawnee entrepreneur and fragrance-industry kingpin!

Just discovered that The Good Place takes place in the Parks and Rec universe and now by whole brain is crying. pic.twitter.com/UjtJLSclrA

This easter egg seems to suggest that while she was alive, Bell’s Eleanor Shellstrop lived in the same world as Leslie, Ron and the gang.

However, it might also mean that Ben is a demon, so we’re just going to have to grapple with the implications of that.