“Don’t! Do not finish that sentence.”

This exchange between two different Spider-Men, as it were, speaks for the heart of Spider-Man: Into the Spider-Verse. This movie knows you’re up on who Spider-Man is and how Uncle Ben died and the effects of radioactive spider bites and—yes—what comes with great power. It doesn’t waste time introducing you to Peter Parker, Mary Jane or Aunt May. Instead, Spider-Verse gets busy deconstructing, reconstructing, satirizing and elevating the entire Spider-Myth from the ground up, starting at the opening credits and not letting up until the last post-credits sequence. Directors Peter Ramsey, Robert Persichetti Jr. and Rodney Rothman have created what might just be the best Spider-Man film of them all, certainly the one that best understands both its titular hero(es) and what it is about all costumed do-gooders that we find so inspiring.

No mean feat! Just over a year ago, Marvel Studio’s Spider-Man: Homecoming was praised for its fresh take on the franchise’s most ubiquitous superhero, but Spider-Verse is a wilder, woolier creature. It’s both less reverent and more loving than Homecoming, with a level of conceptual and visual daring that makes any genre movie in 2018 look timid by comparison. This is both a big, sloppy kiss for the cult of Spider-Man and an inventive explainer for skeptical newcomers. It seems bound and determined to have viewers laughing, gasping, weeping or on their feet cheering at regular intervals throughout.

Some groundwork: Spider-Verse centers on Miles Morales (The Get Down’s Shameik Moore), a half-black, half-Latino Brooklyn native who finds some relief from his awkward teen years find with the help of his hip Uncle Aaron (Mahershala Ali), much to the chagrin of his police-officer father (Atlanta’s Bryan Tyree Henry). Miles’ dad isn’t thrilled about Spider-Man taking the law into his own sticky hands either, which makes Miles mighty nervous when he’s bitten by a radioactive spider and starts exhibiting some Spider-Man-like powers of his own.

If you’ve seen any of this film’s marketing, you’re aware that two Spider-Men is just the beginning. Some familiar—and some not-so-familiar—characters from Spidey’s rogues’ gallery start tampering with the space-time continuum and bring in a bevy of Spider-powered people from different dimensions. The leader of these is the classic edition of Peter Parker (plus about 20 years and 30 pounds). Voiced by Jake Johnson, this Spider-slob is pretty much New Girl’s Nick Miller as Spider-Man—washed up, jaded, graying at the temples and in the throes of a midlife that hasn’t been as kind as his younger, more aspirational self might have hoped. In a just universe, Johnson’s vocal performance here would be in consideration for awards.

Joining the old Peter Parker is a spectacular cast of Spider-Men and Spider-Women from alternate realities. Comic book fans will be familiar with these supporting players, but across the board, their appearances are too delicious to spoil here. Anchored by a note-perfect voice cast and distinctive animation styles that play with not just form and movement but also texture and dimension, these spider-people are an ensemble of enthralling creative verve, allowing the filmmakers to play with the Spider-Man mythology and find new ways to hallow it in the pop culture canon. Delightful, winsome and so, so funny, they craft whole new ideas for what kind of person (or animal!) could be Spider-Man while never losing sight of what makes the original tale click.

That question—Who can be Spider-Man?—is the center of the movie, as nobody seems sure our hero Miles is really cut out for the gig. Even pre-spider bite, Miles is questioning where he fits in. He’s recently transferred to a newer, fancier, whiter school, and new friendships aren’t coming easy—notwithstanding a blossoming crush on a loner punk girl voiced by Hailee Steinfeld. Miles’ powers, meanwhile, are requiring some adjustment, and the web-spinning stunts that send his colleagues thwipping through New York City leave him in pretzels.

Then there’s his relationship with his dad, a loving and devoted man who senses the impending adolescent gulf between father and son, is determined to bridge it, but doesn’t know how. For all Spider-Verse’s eye-popping feats of cinematic razzle dazzle, the quiet, sobering inability of Miles and his dad to figure out how to talk to each other was the dramatic sequence that stuck with me longest after the credits rolled.

The comics version of Miles Morales was created back in 2011 by hotshot Marvel creative talent Brian Michael Bendis, who was inspired to create a black Spider-Man following a Community gag. The character has taken off since, but many storylines have struggled to establish Miles as his own character. Where the source material has stumbled, Spider-Verse soars, crafting a memorable and likable teenage protagonist. Miles’ race is a substantive part of his identity. His relationships feel honest and lived in.

More than any other superhero, Spider-Man is about the person behind the mask. This story is about a timid, scrawny, guilty kid burdened with the responsibility of his powers—not a suit or web-shooters or a spider-bite. Unlike the crime-obsessed Bruce Wayne, Peter Parker would trash his costume yesterday if he didn’t feel like he had to use it. That’s the foundation of Spider-Man’s appeal: he doesn’t have to do what he does, but he knows he should, so he gets up over and over and goes out to fight bad guys bigger and tougher than he is, even while his aunt frets about his health and his boss trashes him in the newspaper. It’s what he’s supposed to do. Spider-Man knows being a good person is hard, but wasting his powers would be the equivalent of the lazy servant who buried his talents in Matthew 25. Tap your own moral compass if this is starting to sound familiar.

Stan Lee and Steve Ditko’s creation catapulted the superhero genre forward in a way no single character had before or since, introducing self-doubt, insecurity and guilt into a medium that had until then been characterized by grinning, square-jawed do-gooders. Both Lee and Ditko passed away this year (Lee still has his obligatory cameo here, and it’s one for the ages), but while this is the first Spider-Man movie in which their original Peter Parker is relegated to supporting-character status, it also feels like the one that best handles their legacy. The team behind Spider-Man: Into the Spider-Verse understands their leading character well, but they understand something else, too: the heroes who get knocked down the most are the ones who best inspire the rest of us to keep getting up. 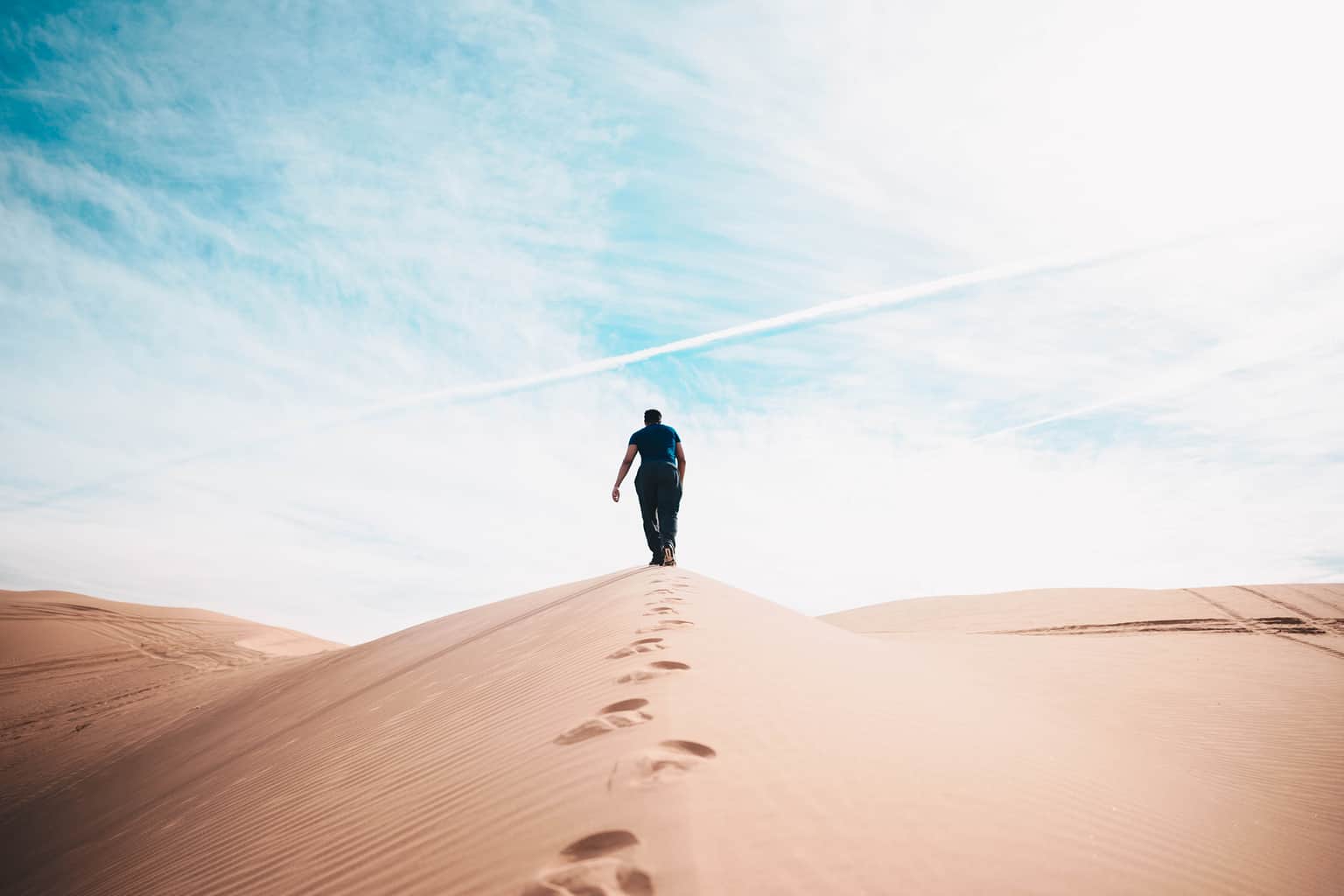 Why I Left the Cult of ‘Calling’ (And You Should, Too) The Movie that Fell to ‘Return of the King’